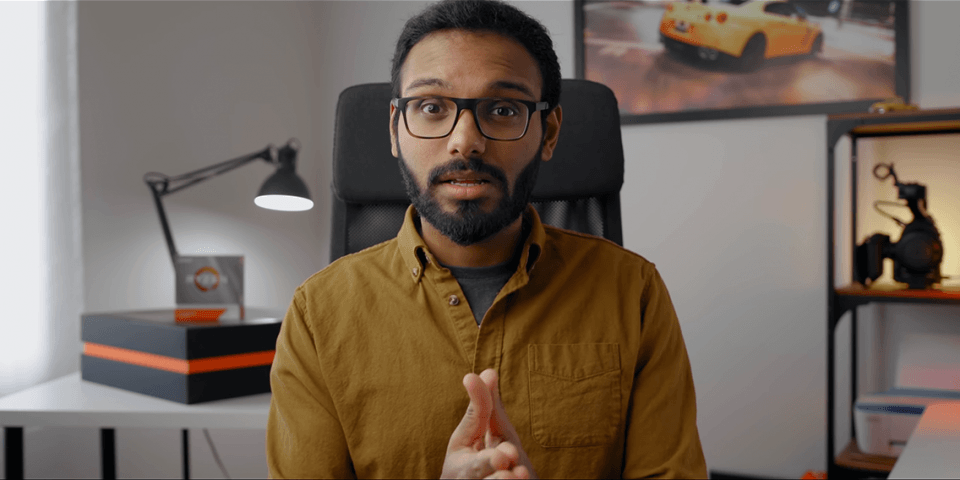 While everyone has been locked down for the past few weeks, product launches still keep happening and I think May and June are going be the busiest months on the year. Definitely stick around for some cool content cause we have a ton of it in the works.

Today I want to take a deep dive into the performance, benchmarks, and a few of the things for AMD’s new Ryzen 3 3300X and 3100 processors. As Dmitry mentioned in his preview article, these are not flagship CPUs but we are all still excited about them. However, does a low price and some really good looking specs mean these are definitely going to be winners? Well there are a bunch of things that I want to cover about these new Ryzen 3’s, including some concerns.

First of all, I need to mention that neither of these CPUs are replacing anything in AMD’s current lineup. Other than a few APUs there hasn’t been a new Ryzen 3 CPU – without integrated graphics – since the Ryzen 3 1300X and 1200. There were a few OEM models, but those weren’t widely available at retail. Now about those concerns, they are pretty minor but I want to tackle them right away. The first is how AMD is handling this launch, it’s brilliant but also frustrating at the same time. You see while today marks the day where we can publish all the CPU performance results, these new Ryzen CPUs won’t be available until May 21st or even later. There might be a few batches floating around before then just so we can’t call this a paper launch, but you are going to have to keep your eyes wide open to find one. What is even worse is that the B550 motherboards that everyone wants to install these new CPUs on won’t be available until mid-June, so it’s like you are getting your processors first and then motherboards later. There is just no logic in that

The market is going to look very different once the Ryzen 3 3300X, the Ryzen 3 3100, and the new B550 motherboards hit store shelves, and that’s because Intel will have their 10th gen CPUs and Z490 & H470 motherboards rolling out soon. It looks like Intel might finally be waking up since some of their new CPUs hit right at AMD’s stronghold of offering more cores for less money, but will that actually be enough this late in the game? We will find that out in a few weeks and with that taken into consideration you should consider this article as more of a performance preview rather than an actual review.

As for the specs, even though Dmitry covered these in his article, here they are again. Both the 3100 and the 3300X are 4-core/8-thread processors with 16MB of L3 cache and 65W TDPs. Stepping up a bit in AMD’s retail lineup brings you to the Ryzen 5 3600, which gives you a lot more processing power, but its price is quite a bit higher too.

While there doesn’t seem to be all that much separating the 3300X from the 3100 – other than a 20% higher price and better clock speeds – there is a bit more going on here too. AMD has actually laid both of these out very differently. While the 3100 has its 4 cores and cache spread across two different CCX modules, the 3300X’s are clustered into one CCX. This basically cuts down on latency, since communication doesn’t happen over the Infinity Fabric and technically that should also lead to better overall performance. As for competitive positioning, above you can see what AMD sent out, but like I said before this is already outdated since Intel’s 9th gen CPUs will be replaced with the new 10th gen parts in just a few weeks. Either way, right now the Core i3-9100F retails for about $75 USD, while the Core i5-9400F has finally leveled off at about $150 USD. They are direct competition to the Ryzen 3 3300X and 3100 right now, but that is about to change shortly.

The real competition will come from the Core i3-10100, unlike the Core i5-9400F 6 threads and the i3-9100F 4 threads, this chip has 8 threads which matches the new Ryzen 3’s and it’s supposed to cost just a few bucks more than the 3300X. Now Intel might still be fighting an uphill battle here since the stock heatsink is absolute trash compared to the Ryzen 3’s Wraith Stealth cooler, and the Core i3 might not be quite that efficient in real-world testing. Nevertheless, this is definitely going to be an interesting fight in the $100 to $150 market.

Onto benchmarks, and in the charts you will see a few interesting additions. Those would be the Ryzen 3 1300X and the Ryzen 5 1600 AF. For those of you who may not know, the Ryzen 5 1600 AF is a 12nm refresh of the original 1600 that operates at a lower 65W TDP and higher clocks. Originally it was priced at around $85 USD, but recently that has shot up quite a bit. Either way, if you can find it under a $100 it might be the best value upgrade for someone using a Ryzen 3 1200 or a 1300X. Now as we go through these tests, it’s really amazing to see how far AMD has come since the first generation Ryzen 3 CPUs. They are now offering 8 processing threads on super affordable CPUs along with higher clock speeds and that makes a huge impact on overall performance.

Now would I use any of these processors for hardcore professional work? Absolutely positively not. However, for some light productivity through Excel, photo editing, and even rendering static scenes in Blender or program compiling tasks, they tend to compete really well with the more expensive Intel Core i5-9400F in lightly threaded workloads and they destroy it in multi-threaded applications. In Adobe Premiere I want to point out that without an integrated GPU the Core i5-9400F really has to rely on its processing horsepower or its lack of power to be honest. That really does hurt it, but DaVinci Resolve shows something completely different, which is a complete log jam. This program really benefits from a super powerful graphics card and that will become a bottleneck long before the CPU. Therefore, if you are rendering YouTube videos in DaVinci Resolve all the time like we do, you are actually much better off maxing out your budget on a super fast GPU than spending a fortune on a processor.

Moving on to gaming, and honestly any of these new processors would be a pretty good fit and they are a massive upgrade for someone with a 1300X. Yes, the 1600 AF doesn’t have all the optimizations rolled into more recent revisions of the Zen architecture, but it still provides a good mix of price and performance for current Ryzen owners who don’t want to upgrade their motherboards just yet. Also keep in mind that we are using a super powerful RTX 2080 Ti graphics card in order to show if there is really any differences and insure that the GPU doesn’t provide a bottleneck. With a lower end card the gap between these CPUs would narrow even more.

Power consumption is pretty much as expected since the 7nm Zen 2 architecture is super-efficient, and that is quite clear in the chart above, but it will be really interesting to see how the new Intel 10th gen processors stack up since they are still on the ancient 14nm++++ manufacturing process.

Well I have to say that both of these CPUs are really, really impressive. I mean it’s amazing to see the $100 Ryzen 3 3100 either matching or beating the $150 Core i5-9400F in literally every test. Now as for the 3300X, that just takes overall value to the next level, and if I were to choose between the two CPUs I think spending the extra $20 on the 3300X is money well spent. In some cases it actually has better lightly-threaded better performance than the Ryzen 5 3600. The problem here is that our benchmarks only tell the story that AMD wants you to see right now, and that causes a lot of unknowns. You see with the uncertain availability of these new Ryzen 3 CPUs at retailers, the launch of the new B550 motherboards, and Intel’s 10th gen Comet Lake processors coming out in the next 45 days, it’s very difficult to recommend anything right now until we get the whole picture. All of our performance results could be outdated by then.

If you have the money to upgrade from a first-gen Ryzen 3 or Kaby Lake-based Core i3 CPU, or just have the cash for a new CPU and motherboard, waiting a few weeks isn’t a big deal. By then everyone will know how these new Ryzen 3 CPUs align with Intel’s 10th gen Core i3’s and then you can make more of an educated jump. However, if you’re already on the first-gen Ryzen 3 ecosystem, and if you don’t have $200 or more to spend on a complete system overhaul, and if you don’t care about PCI Gen4, there is a perfect solution. Provided you can actually find one for a $100, the Ryzen 5 1600 AF is a ridiculously good drop-in solution, because it gets you more processing performance over your existing CPU setup. On that note, I hope you are all a little more informed about the performance of these new processors, and again all of this is going to get updated very soon once Intel’s new chips gets added to the mix.

Buy items in this video from Amazon & Other partners at the links below: