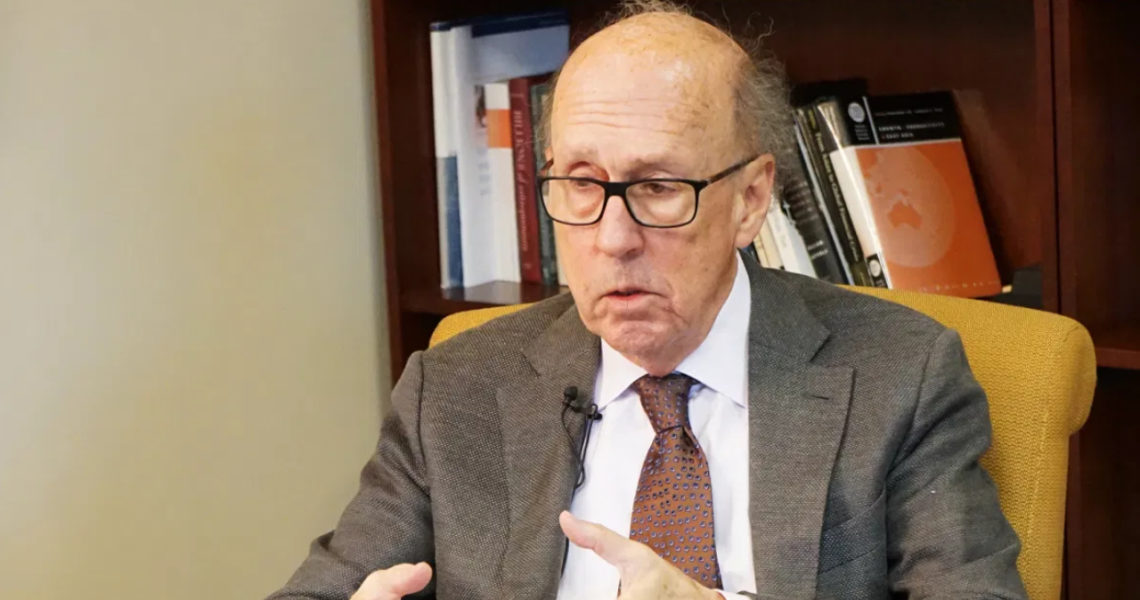 Stephen Roach, former chief economist at Morgan Stanley, has predicted that a dollar crash is coming, forecasting a 35% drop in the dollar’s value against other major currencies. He expects the U.S. national savings rate to sink deeper into negative territory than it has ever done before.

A Dollar Crash Is Coming

American economist Stephen Roach warned this week that a dollar crash is inevitable. He told CNBC that “a changing global landscape paired with a massive U.S. budget deficit will spark a dollar crash.” Roach is a senior fellow at Yale University’s Jackson Institute of Global Affairs and formerly chairman of Morgan Stanley Asia. He was also the firm’s chief economist for most of his 30-year career at the investment bank.

“The U.S. economy has been afflicted with some significant macro imbalances for a long time, namely a very low domestic savings rate and a chronic current account deficit,” he asserted. Forecasting that the dollar will drop 35% against other major currencies, the economist opined:

The dollar is going to fall very, very sharply … These problems are going from bad to worse as we blow out the fiscal deficit in the years ahead.

“The national savings rate is probably going to go deeper into negative territory than it has ever done for the United States or any leading economy in economic history,” he added. “At the same time, America is walking away from globalization and is focused on decoupling itself from the rest of the world … That’s a lethal combination.”

Roach explained the probability of higher inflation as the U.S. imports “more higher-cost foreign goods from overseas, and that’s a negative for interest rates.”

As for when the dollar will collapse, the publication noted that “His timeline is rough — over the next year or two, maybe more. However, Roach suggests a crash virtually inevitable, and it’s a risk investors shouldn’t ignore.” He is concerned a crash could spark a late 1970s-type stagflation crisis when prices rose sharply without economic growth, concluding:

Policymakers to their credit have never had to deal with anything close to this disruption.

In an article published by Bloomberg last week, Roach wrote that “A crash in the dollar is coming,” adding that “The era of the U.S. dollar’s ‘exorbitant privilege’ as the world’s primary reserve currency is coming to an end.” This further weakens the U.S. economy that is already stressed by the impact of the coronavirus pandemic.

“The coming collapse in the dollar will have three key implications,” the economist detailed. “It will be inflationary — a welcome short-term buffer against deflation but, in conjunction with what is likely to be a weak post-covid economic recovery, yet another reason to worry about an onset of stagflation — the tough combination of weak economic growth and rising inflation that wreaks havoc on financial markets.”

Do you think the dollar will crash as Stephen Roach predicted? Let us know in the comments section below.