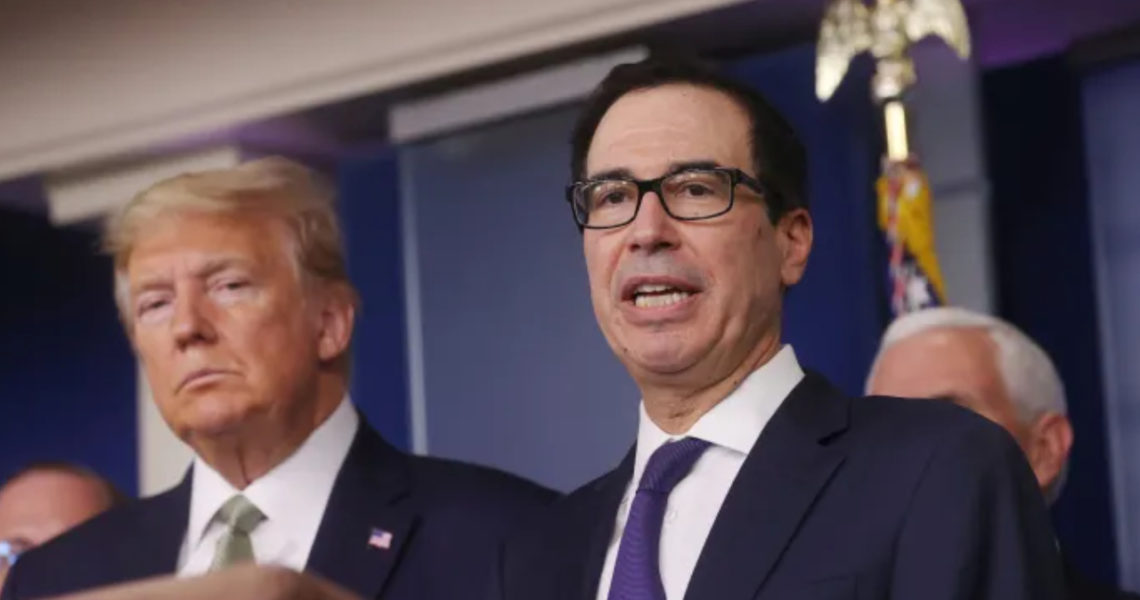 Former national security advisor John Bolton has reportedly revealed in his upcoming book an instruction about bitcoin that President Donald Trump gave to Treasury Secretary Steven Mnuchin. The U.S. Justice Department has filed a lawsuit against Bolton to stop the book’s release, claiming that it contains classified material.

John Bolton, a former national security advisor, has authored a book entitled “The Room Where It Happened.” It is set to be published on June 23, but the U.S. Justice Department filed a lawsuit against the author on Tuesday, asking a judge to stop the book’s release, claiming that it contains classified material.

In his book, Bolton described his time in the Trump administration, including the president’s instruction to Treasury Secretary Mnuchin regarding bitcoin, the Washington Examiner reported Wednesday. The news outlet claims to have obtained a leaked copy of the book.

“President Trump told Treasury Secretary Steven Mnuchin to clamp down on the trading and selling of the internet currency bitcoin,” the publication conveyed, adding that Trump told Mnuchin:

According to Bolton’s book, the conversation happened in May 2018. Furthermore, Trump allegedly said to Mnuchin during their discussion about trade sanctions and tariffs against China, “Don’t be a trade negotiator.” The Treasury Secretary responded, “If you don’t want me on trade, fine, your economic team will execute whatever you want.”

Trump’s instruction for Mnuchin to “go after bitcoin,” according to the former national security advisor, predates the president’s infamous tweets in July last year about the cryptocurrency. “I am not a fan of bitcoin and other cryptocurrencies, which are not money, and whose value is highly volatile and based on thin air,” Trump wrote on Twitter. “Unregulated crypto assets can facilitate unlawful behavior, including drug trade and other illegal activity.”

The president proceeded to talk about Libra, the cryptocurrency project proposed by social media giant Facebook. He said for Facebook or other companies to become a bank, they must obtain a banking license and comply with banking regulations. “We have only one real currency in the USA, and it is stronger than ever, both dependable and reliable. It is by far the most dominant currency anywhere in the World, and it will always stay that way. It is called the United States dollar.”

Following Trump’s tweets, Mnuchin announced: “We’re looking at all of the crypto assets. We’re going to make sure we have a unified approach and my guess is that there are going to be more regulations that come out from all these agencies.”

In February, Mnuchin revealed that the Financial Crimes Enforcement Network (FinCEN) would soon roll out “significant new requirements” for crypto service providers. He added: “We want to make sure that technology moves forward, but on the other hand, we want to make sure that cryptocurrencies aren’t used for the equivalent of old Swiss secret number bank accounts.”

What do you think about Trump telling Mnuchin to go after bitcoin? Let us know in the comments section below.