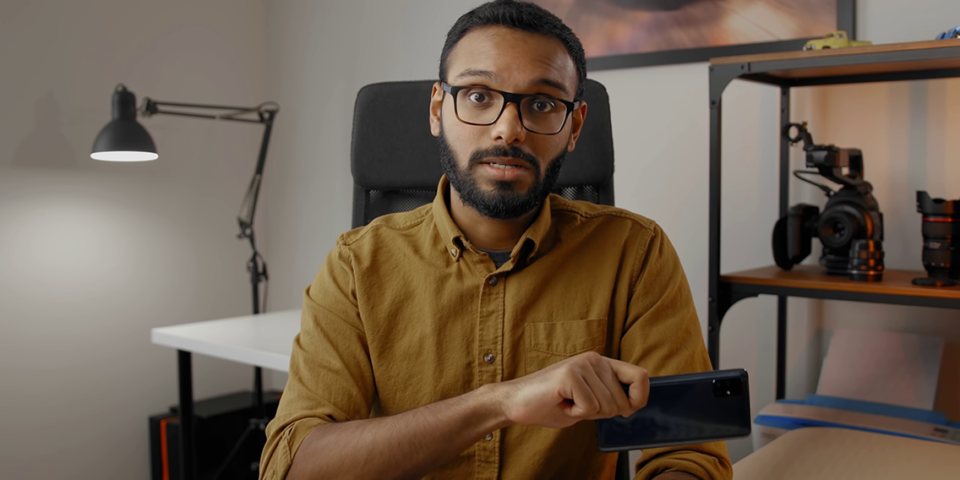 Samsung Galaxy A71 Review – Worth It Over The A51?

Not too long ago I got the chance to check out the Samsung Galaxy A51. It was a great smartphone for the price, and it still is if you value features like a really good display, good battery life, and satisfactory camera performance. My only issue with that smartphone was the performance, because my sample only came with 4GB of RAM and it just couldn’t keep up with my usage.

However, a lot of you were curious about its bigger brother, the Galaxy A71. Is it a better buy compared to the A51? Are you gaining or losing anything with this smartphone? Let’s put an end to those questions today.

I want to kick things off with pricing for these phones, because they are kind of all over the place. The A71 launch price was $600 USD, and the reason for that is that it came with a 5G, in the United States of course. Right now you can pick it up for around $430 USD, and if you look around Amazon you will find one for around $370 USD, but that is an international model that doesn’t support 5G and it won’t work with most US carriers. You should obviously pay a little bit more for a model that actually works perfectly with your carrier. The A51’s launch price was $400 USD, but you can pick it up for less than $230 USD right now. So there is about a $200 USD price difference between these phones, and that is a lot of money, but if you look at the A71 without 5G compatibility then the price difference is significantly smaller.

From a design standpoint, there is absolutely no difference between these phones. The A71 shares the same plastic back with metal side railings. It’s really just a clone from the outside, except for the size. You see A51 has a 6.5-inch 1080P display, whereas the A71 has a 6.7-inch display, so it’s a little bit taller and a bit wider, but having switched between them back to back I didn’t feel like holding a really huge smartphone on one hand and then a tiny one on the other. Both are fairly lightweight and somewhat easy to use in one hand. However, if you have small hands, like really small hands, you might have trouble reaching the top spots on the A51 with your thumb, so that’s something to keep note of.

The resolution remains the same between the two, which is not a deal breaker to me personally, and just like I mentioned in my A51 review the A71 has a beautiful and fantastic display. It has great colors and deep blacks. Both of these phones have mono speakers paired with headphone jacks, but interestingly enough the sound coming off of the A51 had more clarity to the trebles compared to the A71, which sounded compressed. I did switch between them back to back to see if it was consistent with different genres that I listened to, and I definitely noticed that the vocals stood out a bit more on the A71. I guess that’s definitely a bonus for the A71. As for the rest of the features, Samsung hasn’t added anything new to the A71, because they still share the same expandable storage options, no IP water resistance rating, no wireless charging. In fact, they still share the same in-screen fingerprint sensor, which surprisingly worked pretty well on the A71. My success rate with this smartphone was far superior compared to the A51, which sounds odd considering that they share the same hardware design, but it is what it is.

The last thing I want to touch base on is the A71 5G variant, which is available in the United States. It costs a lot of money when you compare it to the A51, it’s almost $200 more expensive, which is a lot. I think it’s ultimately up to you and whether or not you see yourself taking advantage of 5G. Personally, for now and the near-term future, I just can’t see myself justifying spending that kind of money on a 5G model.

Internally, there are a few spec variances between the two models. The SOC’s are different, the A51 comes with an Exynos 9611 processor, whereas the A71 comes with a Snapdragon 730 CPU, which is running on an efficient 8nm architecture. The memory configs start at 6GB of RAM on the A71 instead of 4GB on the A51, and I was genuinely curious to see if that extra 2GB of RAM made a difference. And you know what? It absolutely did! The difference was night and day after I switched from the A51 to the A71. Multitasking performance was way better on the smartphone, apps loaded up so much faster, and it just fits my usage when I’m using apps like Photoshop, Instagram, Twitter, and especially when I’m editing photos. The A71 can actually keep up with my usage, and if you are similarly tied to your smartphone this thing will keep up with your workflow for the most part. However, if you don’t care about specs, if you don’t care about performance, and if you want to save some money, the A51 still gets a job done.

The other bonus feature with the A71 one is better battery life, because this phone comes with a 4,500mAh battery versus the 4,000mAh battery on the A51. You can push the A71 to two days, maybe even more if you use it lightly, and that is also a win-win. As I mentioned earlier, the size difference between the two is not that significant, so I personally think that you are getting a lot for the extra size.

All right, so the last difference between these phones is the camera set up. It’s nothing significant, but I discovered something really interesting. They both come with the same 12MP F2.2 ultra-wide angle camera, the same macro and depth sensors for live focus, but the main wide camera is where things get a bit interesting. The A51 comes with a 48MP F2.0 sensor, whereas the A71 comes with a 64MP F1.8 sensor. Obviously, don’t assume that a higher megapixel sensor or a larger sensor will automatically yield better photos, because higher megapixels just don’t mean anything on a smartphone because it ultimately comes down to the way the sensor sees colors and then how it processes photos.

Let’s start with the ultra-wide angle camera, keep in mind that both phones lack focus control in this mode, but interestingly enough the A51 produced a vibrant and contrasty image compared to the A71. The photos also tend to be a bit brighter on the A51, and this was really interesting to me because both these phones have the same ultra-wide angle sensor, but they capture and process photos differently. Oh, and by the way, I did disabled scene optimizer and all these photos were taken in auto mode.

Switching over to the regular wide angle sensors, things get even more interesting. I noticed that the A71 captured true to life colors compared to the A51, and given that it has a larger sensor you are going to get a shallower depth of field. If that is something that you are into the A71 is the way to go. It also processes skin tones accurately, and you don’t get that magenta look like on the A51. If you are looking at detail, honestly I couldn’t tell the difference between the two. Here is a shot of some water droplets on leaves and zooming in can you really tell if there’s anything different? Probably not.

Low light performance also tends to favor the A71 because it just nails white balance, and most importantly it captures colors that are actually true. Strawberries are red, not pink, so I don’t know what the A51 is doing here with its colors. Personally, if I were to pick a winner here, it would hands down be the A71, because the camera performance is more consistent and better than the A51. However, I’m going to let you all be the judge here, which one of these photos look better to you.

Finally, the selfie cameras. Both of these phones share the same sensors, but interestingly once again they processed the images differently. As you can see the skin tones look totally different. Both of these smartphones share the same video recording capabilities, and I didn’t notice a huge difference between image quality or even microphone quality between these two models. However, if you are interested in checking out how they look or how they sound make sure to check out my A51 review, which you can find right here.

That pretty much wraps up this comparison between the Galaxy A51 and the Galaxy A71 from Samsung. I hope I was able to answer questions that you all had in my A51 review. Honestly, if I’m contemplating between these two smartphones, I would hands down pick the A71 for a few reasons. For starters, it has a bigger battery. Secondly, the camera performance is far superior compared to the A51, because the colors are more true to life, you are not getting photos that look like pink, unlike what the A51 seems to do to reds. Finally, there is the performance aspect, I would highly recommend getting a smartphone with 6GB of RAM because I personally noticed that it was a night and day difference switching from the 4GB A51 to the 6GB A71. Now if you live in the United States things can get a little bit interesting and somewhat confusing because the A71 comes in a 5G variant and it is significantly more expensive compared to the A51 – it’s almost a $200 price difference between the two – but if you can find a non-5G variant that works with your carrier then go for it because the A71 is just a much better buy than its smaller sibling in my opinion.