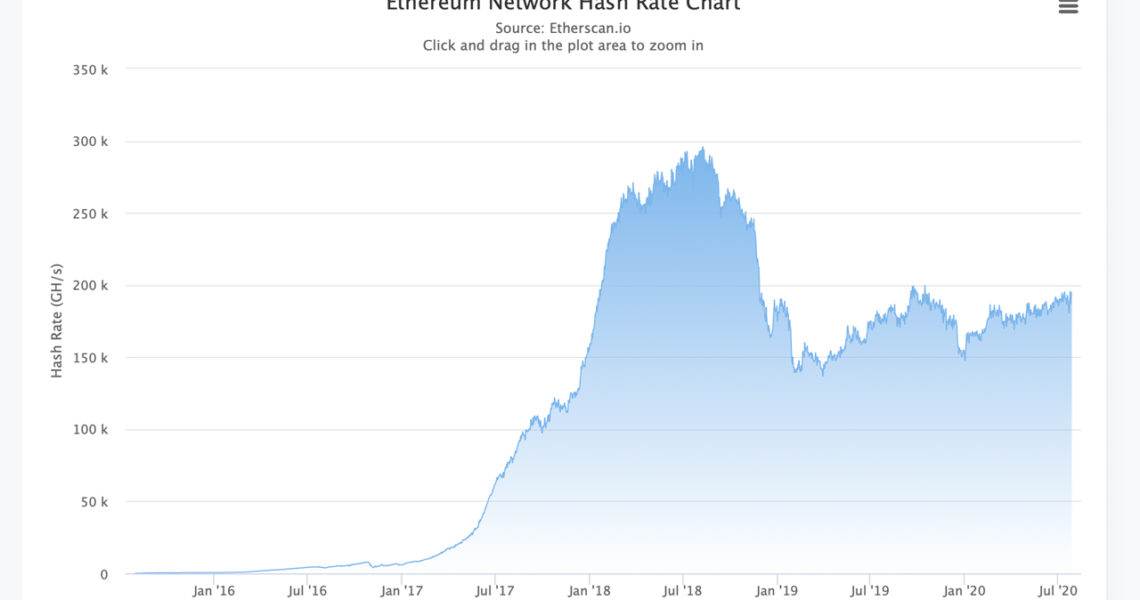 During the last four weeks, cryptocurrency markets have gathered significant value, and the crypto asset ethereum gained over 40% during the last 30-days. The price of ether moving northbound has caused a strain on the graphics processing unit (GPU) market, as ETH miners have become scarce.

Regional reports stemming from China explain that GPU miners are becoming much harder to obtain since the price of ether started rising exponentially. Ethereum (ETH) touched an 11-month high on Monday, touching $327 per coin.

Statistics from Etherscan shows that Ethereum’s network hashrate has increased by 25.7% since the first week in January 2020. Currently on July 28, the ETH hashrate is roughly 194,650 gigahash per second (GH/s).

Financial columnist Vincent He recently explained that he spoke with a Chinese GPU mining manufacturer who blamed the problems on semiconductor suppliers like Nvidia.

The GPU rig manufacturer says that Nvidia has also started to stop the production of its RTX 20 series GPU chips which has temporarily hurt the industry. Nvidia has plans to release a next-generation version of the RTX 30 series graphics cards in the near future.

“The price increase of GPU was mainly caused by two chip suppliers,” the GPU mining manufacturer told the columnist. “Due to Covid-19, the order plan was reduced and the production capacity was limited. Moreover, they also consciously limit the mining industry’s excessive procurement to avoid the impact on the subsequent consumer market. I think that a new product is coming after September.”

This is not the first time GPUs have become scarce thanks to ethereum miners and many people hope that Ethereum 2.0 will lessen the demand for GPUs. The oft-postponed Ethereum 2.0 will add proof-of-stake (PoS) capabilities to the Ethereum network’s security.

“At the highest level the way to think about that is because of the philosophy of cryptocurrency — which is really about taking advantage of distributed high-performance computing — there are supercomputers in the hands of almost everybody in the world so that no singular force or entity that can control the currency,” Huang said at the time.

[Cryptocurrency] is not our business. Gaming is growing and workstation is growing because of ray tracing.

8btc columnist, Vincent He, details that Chinese miners have switched from mining BTC to mining ETH to gather faster rewards. Allegedly, it can take 600 days to reap profits from BTC but with ETH, it can be cut down to 200 days.

“Ethereum continues to lead the crypto market, and the current price adjustment of the machines is relatively small. If the subsequent source of machine supply continues to shrink, we may further adjust the price,” Wang Shenglin stressed.