LaunchyQt is a fork of the keystroke launcher program Launchy

Launchy is a popular keystroke launcher, but hasn’t been updated in a long time. That is until a user, Samson Wang, picked up its source code, forked it, and updated it by giving it a modern touch, some new options and released it as LaunchyQt.

The original program offered an option to install it or use it as a portable application. Its fork doesn’t come with an installer and hence is fully portable.

LaunchyQt starts on the system tray, and sits there when minimized. There is no option to disable the tray icon, except by quitting the program of course. Click on the icon or use the hotkey Alt + Space to bring up the launcher interface.

By default, it looks and functions just like the original one that it is based on. We’ll be comparing the differences here.

Here’s a recap of the basics for those who haven’t used Launchy. The program scans the Windows Start Menu and indexes the contents in a catalog. Type something in the dock for e.g. for e.g. f (for Firefox, even a part of the name is enough), and it will display the Firefox icon, hit enter and the launcher will open the corresponding program. 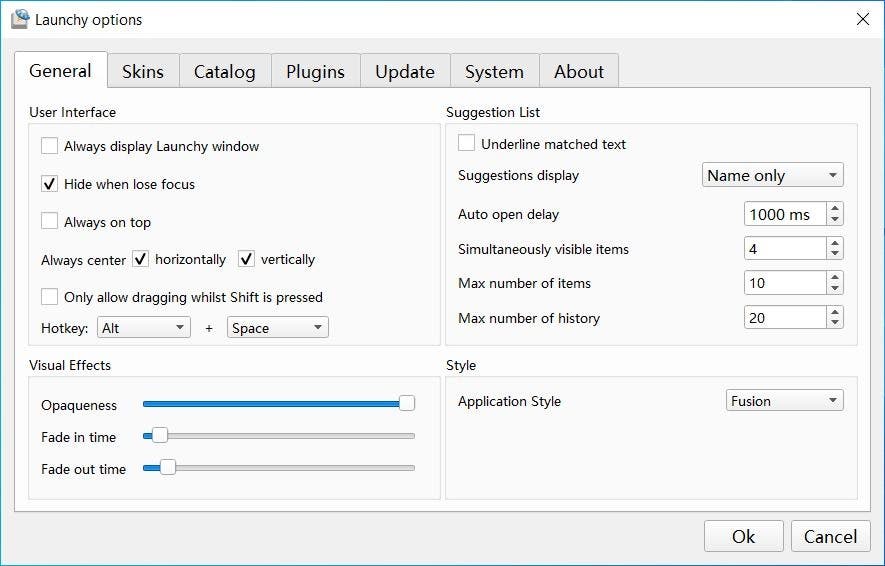 LaunchyQt has some extra settings in its Options window. It looks visually better with its new Fusion theme. However, if you’re feeling nostalgic you can change its appearance by using the “Application Style” drop-down menu, it has three other styles to choose from: Windows (original skin), Windows XP and Windows Vista. 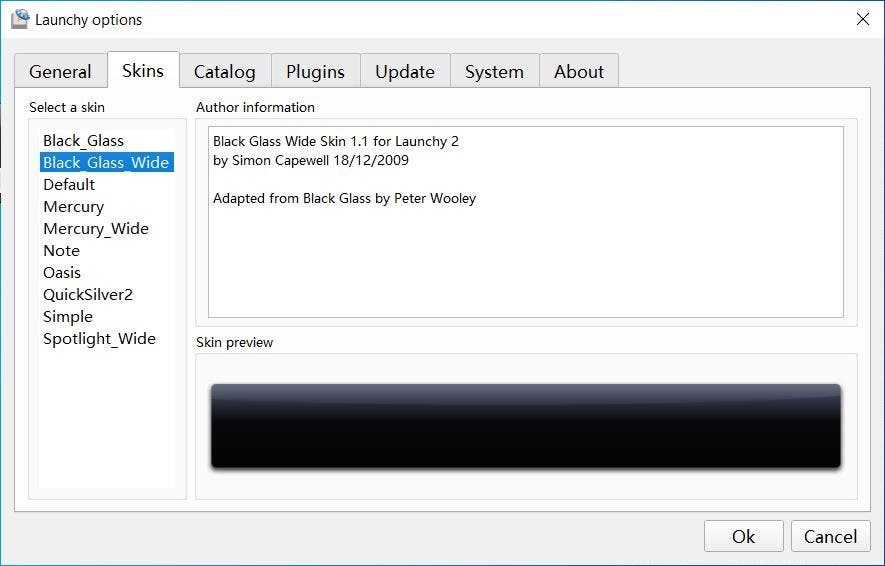 In addition to the original five launcher skins, LaunchyQt has three new options to choose from. Of these, Black Glass Wide and Mercury Wide are adapted wider versions of their original skins. Simple on the other hand is all new, and displays a long widget without any buttons. And unlike the other styles which display the preview of the icon (from the search) at the top of the dock, “Simple” places the icon towards the right edge of the search box.

Support for plugins is where LaunchyQt differs quite a bit from the original. The new version uses new plugins (also open source, but created by other authors) written in Python (CalcyPy, PydDiryPy, Runner, Tasky, Verby, WebSearchPy). These allow you to perform various tasks calculations, launch files from folders, run custom commands, web searches in a custom search engine, etc.

The System tab in LaunchyQt can be used to customize the scanning behavior  of the program, i.e. how often it should update the catalog. 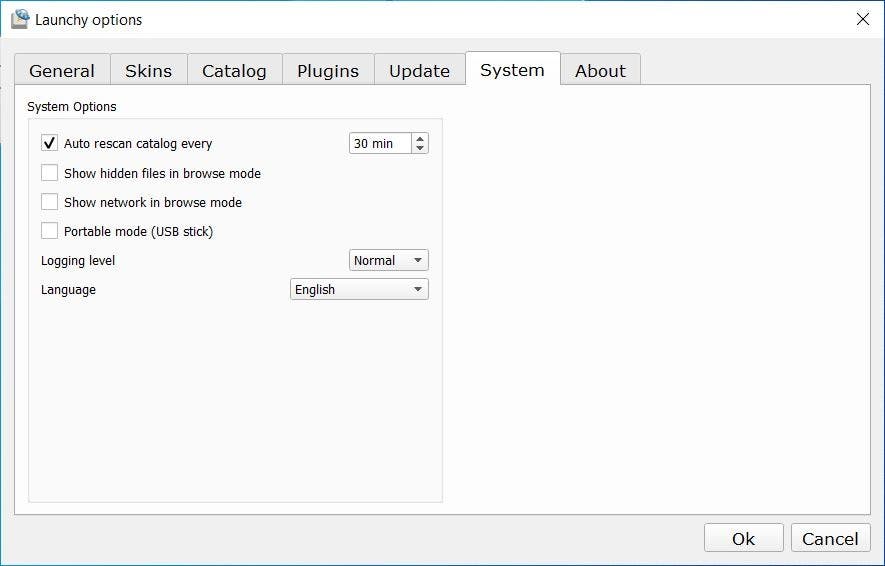 You may also set the logging level, choose whether hidden files, network should be displayed in the browse mode from the settings. 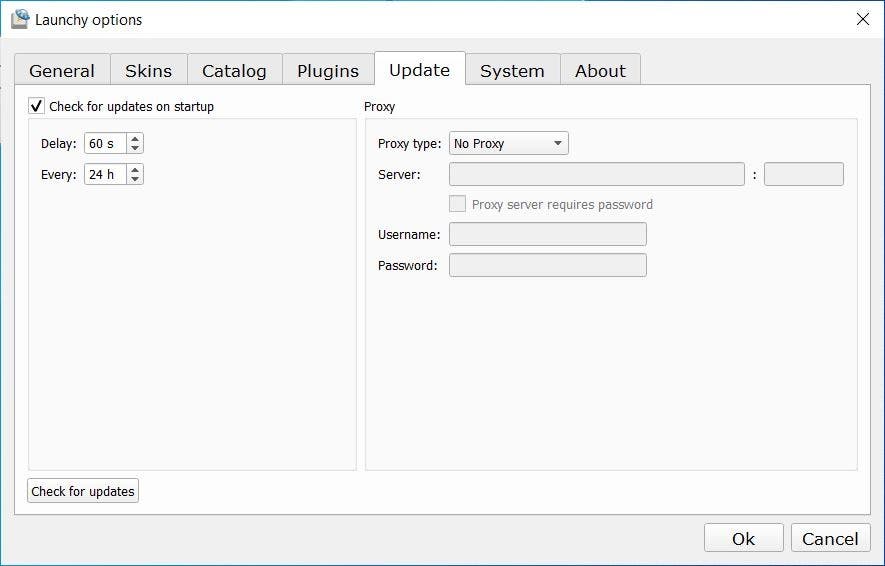 The Launchy tray icon’s right-click menu has some changes as well. You can use it reload the skin (or by using the Shift + F5 hotkey), check for updates for LaunchyQt, relaunch the program in case of issues. 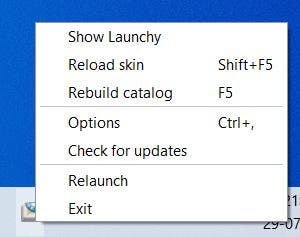 The proxy and auto update settings which were originally under the General tab have been moved to the Update tab.

In addition to these, LaunchyQt offers support for High DPI resolution on 2K and 4K monitors and additional languages.

LaunchQt as the name suggests is written in the QT language, and C++. The program is open source. It is available in ZIP and 7z archives, and comes in 2 flavours: one with PiP (command-line tool) and one without.