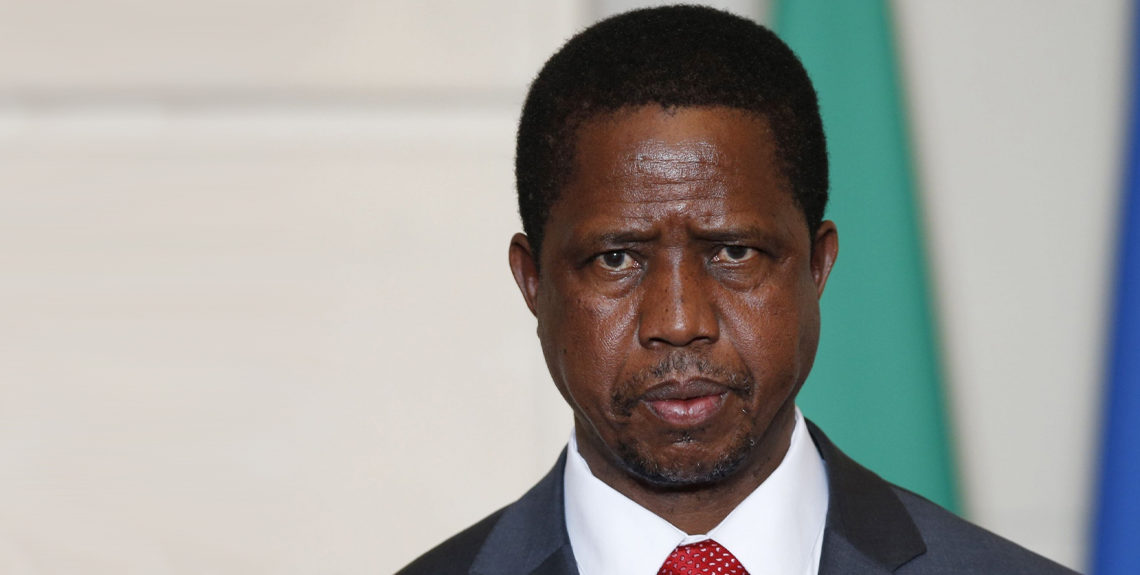 The abrupt decision, which sent shockwaves across Zambian financial markets, saw the country’s currency, the Kwacha shedding 0.7% against the greenback to reach an all-time low of 19.20 kwachas to a single U.S. dollar. Since the start of the year, the Kwacha depreciated by more than 25%.

According to a report, the President’s decision came as Zambia, which is the world’s second-largest producer of copper, is expecting its economy to contract by 4.2% in 2020.

Although no official reason has been given for the sacking, many experts believe that President Lungu wants to fight the effects of the global pandemic Covid-19 economy with increased spending. The closure of the economy has curbed the country’s revenue inflows.

Undoing some of the negative effects emanating from the Covid-19 pandemic will boost the President’s chances in next year’s elections.

The International Monetary Fund (IMF), which is weighing the country’s request for a financial bailout, issued a statement reacting to Kalyalya’s sacking. In its comments, the IMF reminded Zambia that “is it imperative that central banks’ operational independence and credibility is maintained, particularly at this critical time when economic stability is threatened by the Covid-19 pandemic.”

Meanwhile, in an unusual public rebuke of an African government by another, South Africa’s Finance Minister Tito Mboweni attacked the decision on Twitter.

“Presidents in Africa must stop this nonsense of waking up in the morning and fire a Central Bank Governor,” Mboweni said. “You cannot do that. This is not some fiefdoms of yours! Your personal property?! No!!” he further exclaimed. In the meantime, Zambian economic commentators offered varying views on Kalyalya’s sacking and what this possibly means for the economy. Still, many argue the decision is ill-timed and sends the wrong signals.

One of the commentators quoted in the report is Grieve Chelwa, an economics lecturer at the University of Cape Town’s Graduate School of Business. Chelwa suggests that “there’s been a struggle for control over the central bank,” which preceded the President’s decision.

He adds that the final move to fire Kalyalya “might be a response to the government’s failure to push through a constitutional amendment that would remove the responsibility of printing currency from the Bank of Zambia.”

Chelwa expressed fears that the appointment of “pliant” Mvunga as Kalyalya’s replacement, means Zambia might be following the path walked by Zimbabwe until its economy collapsed in 2008.

“Kalyalya’s removal could push Zambia toward the soaring inflation seen in Zimbabwe in the 2000s,” the report quotes Chelwa saying. Zimbabwe faced its worst hyperinflation in the period between 2005 and 2008 leading to the collapse of its currency in 2008.

Zambia’s current inflation of 16 percent is likely to get worse if the government gets its way and the central bank starts to inject more money into the economy. The resulting high inflation levels will push Zambians to search for alternatives that are immune to government-induced inflation such as bitcoin.

Already, Zambians are active traders of digital assets on popular peer-to-peer (P2P) trading platforms. According to data sourced from some of the leading P2P bitcoin trading platforms, Zambia is one country with active traders. However, weekly trade volumes attributed to the country are still thin, as they do not exceed $25,000.

However, if Mvunga purses inflationary monetary policies as many experts are predicting, traded volumes on P2P crypto trading platforms will soar as ordinary Zambians seek refuge in digital assets.

What do you think is going to happen to the Zambian economy after this decision? Share your thoughts in the comments section below