The latest report by Cryptocompare shows August spot cryptocurrency traded volumes by the 15 largest top-tier exchanges increased by 58.3% to $529 billion versus July figures. Low tier exchanges volumes, on the other hand, increased by 30.2% to end the month of August with a total of $291 billion.

Binance leads the top tier list with volumes traded on its platforms having jumped by 83% overall to $129.9 billion. Huobi Global and Okex, which ranks second and third, recorded traded volumes valued at $65 billion and 64.7 billion respectively. 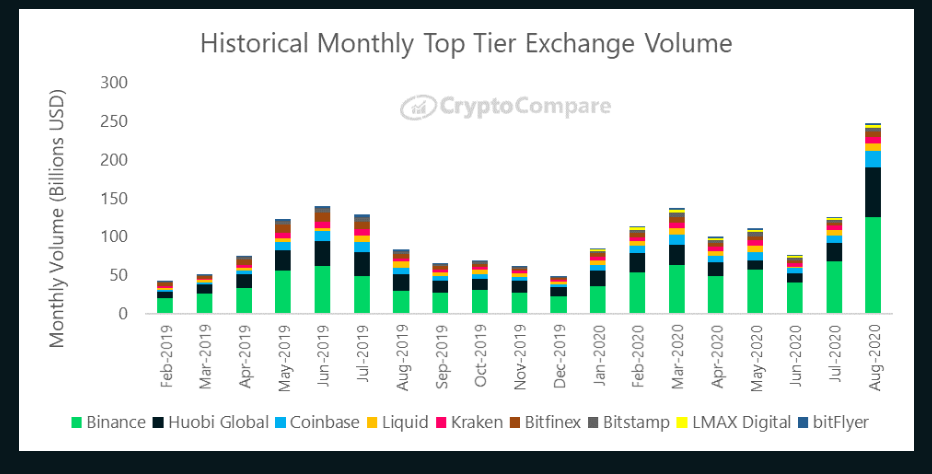 In the meantime, the same report shows growing demand for derivatives after volumes surged by 54% to $711.7 billion. Derivatives now constitute just over 40% of total market share after spot markets garnered a total of $944.9 billion.

Huobi had the biggest derivative volumes with $208.5 billion followed by Okex with 190.8 billion and Binance, which had the biggest jump in August (74%), with $184.6 billion. 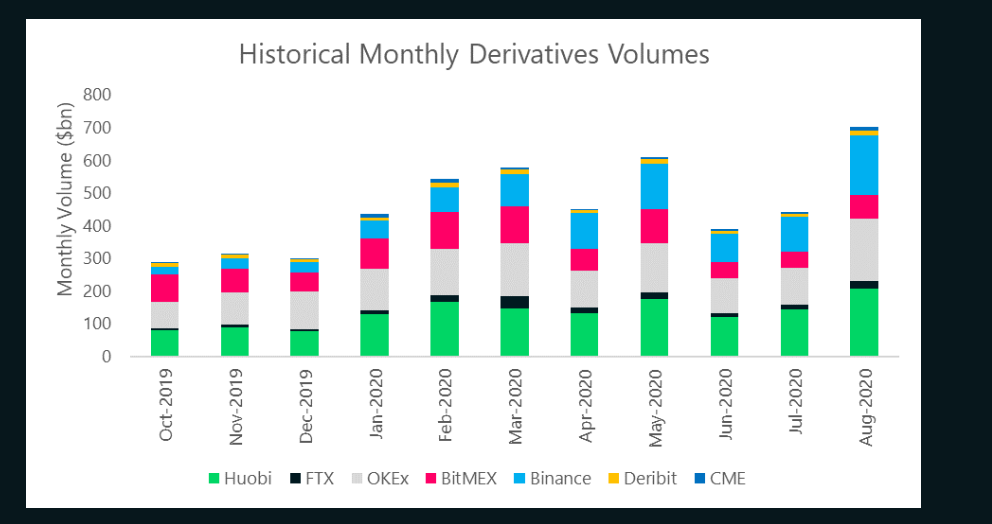 Meanwhile, monthly CME futures contract volumes increased by 36.3% since July to reach 203,867 contracts traded in August. In terms of total trading volume in August, “CME’s crypto derivatives volumes have increased 55.7% in line with many unregulated derivatives competitors to reach $12.02bn.”

At the same time, exchanges that “charge traditional taker fees represented 84% of total exchange volumes in August when compared to 82% in July.” Exchanges that “implement Trans-Fee Mining (TFM) represented less than 16%.”

Bitcoin volumes that were converted into fiat or stablecoin also increased. The reports states:

The BTC/USDT pair still represents the majority of bitcoin traded into fiat or stablecoin in August at 65%. Bitcoin’s proportion of total volume in July was 66%.

What are your thoughts about these rankings? Tell us what you think in the comments section below.