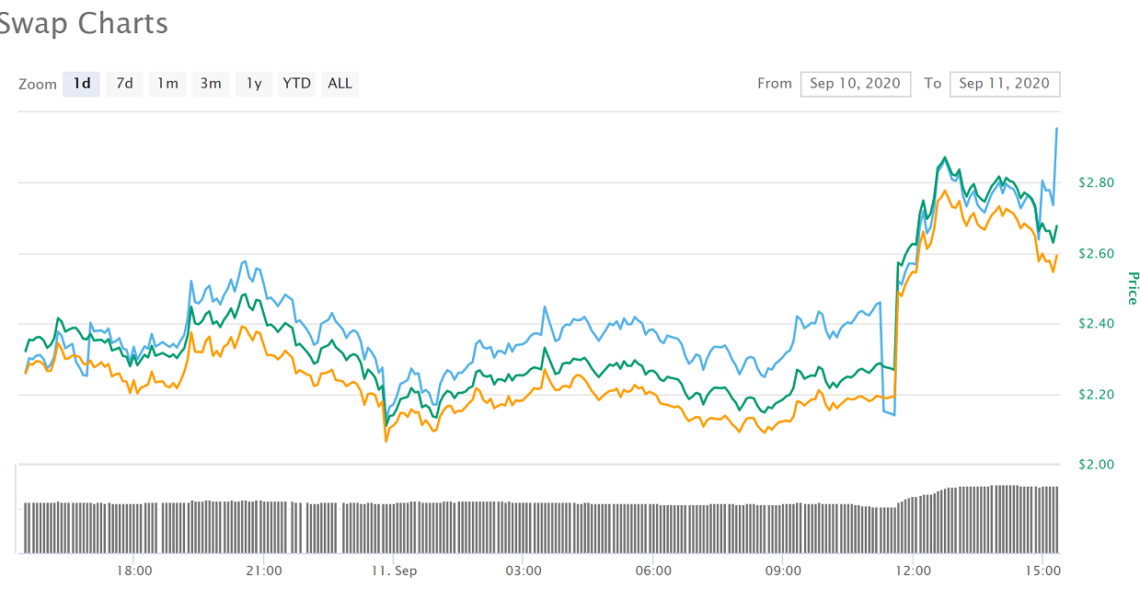 One week after the Sushiswap creator was accused of an exit scam, he has returned all of the coins he cashed out. The anonymous creator also apologizes to the community, including to Binance which came under fire for listing the sushi token.

The creator of Sushiswap, the anonymous Chef Nomi, has returned $14 million worth of ETH to the project’s developer fund. Chef Nomi tweeted Friday:

I have returned all the $14M worth of ETH back to the treasury. And I will let the community decide how much I deserve as the original creator of Sushiswap. In any currency (ETH/SUSHI/etc). With any lockup schedule you wish.

“To everyone. I fucked up. And I am sorry,” Chef Nomi further wrote. “I would like to apologize to everyone who I have caused troubles to. I was emotional, I was greedy, I was afraid. I made bad controversial decisions under pressure. And it hurt everyone. I failed your expectation and I am sorry.”

The Etherscan transaction posted by Chef Nomi shows that 38,000 ETH have been transferred. Following this news, the price of sushi token soared 25%. The token’s price stands at $2.67 at the time of writing. Sushiswap, just over two weeks old, is a decentralized finance (Defi) liquidity provision platform forked from Uniswap.

The former head chef of Sushiswap liquidated his sushi holdings on Sept. 5, causing a drop of more than 75% in the price of SUSHI. Many people in the crypto space call his action an exit scam. Then, on Sept. 6, Chef Nomi transferred control of the Sushiswap project to FTX exchange CEO Sam Bankman-Fried.

In a series of tweets on Friday, Chef Nomi explained that he “will continue to participate in the discussion and technical implementation of Sushiswap in the background.” However, he will neither have any control nor be part of the governance and will not take the spotlight. He wrote: “I hope that Sushiswap continues to evolve. Don’t let my mistake deter it from being a 100% community-run AMM. The success of Sushiswap will set a precedent for many more community-run projects. It has a lot of potential, don’t let my action alone fuck it up.”

Chef Nomi also apologized to crypto exchange Binance, CEO Changpeng Zhao (CZ), and Sorawit Suriyakarn, the co-founder and CEO of Band protocol. Suriyakarn has been accused of being Chef Nomi, which both parties have denied. “I am sorry that I may have caused you trouble,” Chef Nomi wrote. Binance and its CEO have been heavily criticized for listing the sushi token within days of its launch even though its founder is anonymous.

Cochran also proposed to formally hire Sushiswap’s general manager and founder known as “0xmaki” to lead the project, noting that “Currently Sushiswap has no formal full-time team.” The proposal outlines that 0xmaki will be given a “one-time founders grant” of “500k SUSHI upfront, and 500k locked over a one-year period as a founders grant.” 0xmaki will also receive “A payment of 500k Sushi vested over two-years for continued work on Sushi.” At the current price of $2.67 per SUSHI, the upfront payment is more than $1.3 million, which many people on Twitter say is too much.

Do you think Sushiswap will recover fully? Let us know in the comments section below.