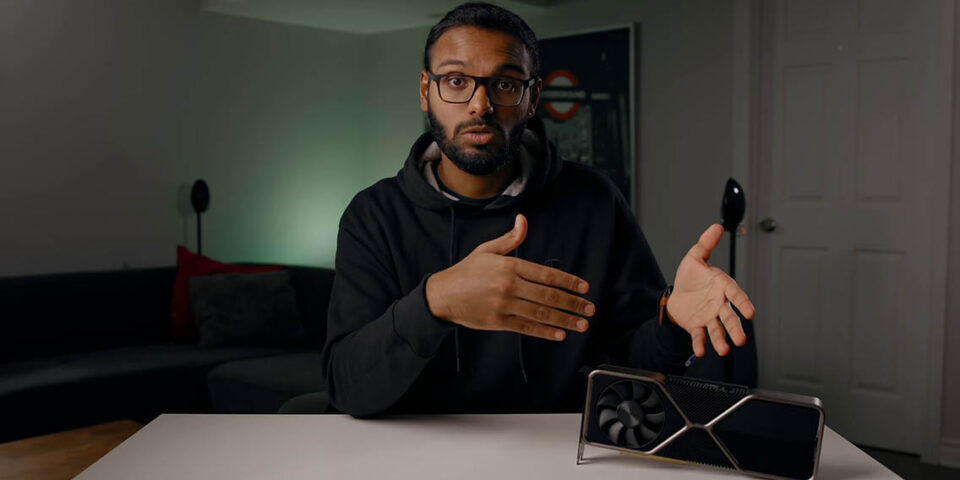 A DIFFERENT RTX 3080 Review – Should You Upgrade NOW?

Today is the day where we get to publish all of the benchmarks for NVIDIA’s new RTX 3080, and I’m pretty sure that you have seen or read a ton of reviews of this new graphics card. As a result, this isn’t your typical review, because as we were monitoring the comments from our RTX 3000 series coverage one thing was pretty obvious: While you might want an RTX 3080 right now, with everything that has been going around the world you might not have the money to invest in a brand new gaming system to take full advantage of this Ampere GPU.

Actually, a lot of people are still sporting a GTX 1080 or GTX 1080 Ti, they probably skipped the RTX 2000 series and feel like now might be a good time to upgrade. However, do you actually need a top to bottom gaming PC facelift or can you get away with an older CPU/platform? The last thing that anyone wants is to upgrade their older GPU and then get limited by processor bottlenecks, which then limits the performance of their brand new investment. So that is what this article is going to cover. Basically, we are going to test this new GPU on a new 2020 system, but also walk you through some of the improvements that you can potentially get with a system that is 3 years old.

Now I will admit we are also a bit guilty of setting unrealistic expectations for our readers, since we usually test on the fastest possible gaming systems to eliminate bottlenecks. However, doing that in this case would just confirm the obvious: The RTX 3080 is the fastest GPU you can buy right now. Look at those 1440P and 4K numbers on a system with Core i9-10900K. The $700 USD RTX 3080 Founders Edition can literally beat the pants off of a custom GIGABYTE RTX 2080 Ti… and in most cases it isn’t even close.

Now those frame rates do come at the cost of higher power consumption, and no these numbers aren’t the full system, but rather taken from an interposer between the GPU, motherboard, and power supply. Most power supplies rated at 700W and higher should handle this without an issue, but remember the RTX 3080 Founders Edition has a new 12-pin power connector to save space. Since there aren’t any PSUs with native support for this connector, NVIDIA provides a dongle to adapt two standard 8-pins into it. My problem is this thing looks terrible hanging from the side of such a clean looking GPU. Luckily some power supply manufacturers will be launching native 12-pin cables in the next few weeks.

Temperatures over time were really well managed too, with the GPU never topping out above 65°C. Clock speeds ended up being completely consistent too. From a thermal management perspective this is pretty impressive. As for noise, this is actually the quietest Founders Edition card that we have come across. NVIDIA’s claims for this new cooler design do check out, it is whisper quiet and it cools really well! However, remember that we are testing this in an open system for a controlled environment. I did want to mention that our first sample had some inductor wine, even at lower frame rates, but a second RTX 3080 arrived and that one was completely silent.

Another thing some of you need to know is compatibility with some X299 motherboards. A few of these motherboards – like the ASUS X299 Edition 30 – place their primary PCIe slots quite close to the CPU socket. If the socket’s bottom heatsink mounts are 35mm or less from the PCIe slots top edge and your heatsink is 150mm wide the RTX 3080 won’t align with the cases mounting holes. Usually this wouldn’t be a problem, but the RTX 3080’s backplate seems to be about 1.5mm taller than anything we have seen before. Having said that, don’t worry about that too much because it worked perfectly on every single AM4, LGA1100/1200 series, and TRX40 motherboards.

With that out of the way, let’s establish a baseline and just walk you through what we have actually set up with this whole comparison. On one hand, there is the i9-10900K, which certainly isn’t considered the best all-around CPU to buy right now, but it’s undeniably the fastest in most games. We wanted to line it up against a processor someone might have rocked when the GTX 1080 series cards were around. We settled on the i7-7700K, which launched a few months before the GTX 1080 Ti was released. Back then it was the absolute best gaming CPUs too, and it’s still legendary today. Basically we are taking the best from 2017 and lining it up against the best from 2020. In order to give you a more accurate view of system that you could buy back then, I’m going to be throwing a pre-overclocked GTX 1080 and GTX 1080 Ti into the mix.

This will give you a better perspective of the performance differences between two very different generations of gaming PCs. This will answer the question of whether it is worth adding an RTX 3080 into a 3 year old system, and finally the impact that GTX 1080 owners would get when they switch over to Ampere. To be clear, this isn’t meant to be a full CPU scaling analysis, that article is coming later. This one is more along the lines of an upgrade story, and finding out what gives the best bang for the buck. Just a reminder that all of these frame rates are the averages of 3 manual benchmark runs, and yes that means this entire article is the end product of about 300 results. Not only that, but we wanted to focus as much as possible on newer and popular games. I’m really sorry if you are expecting us to showcase Hitman, Tomb Raider, and Far Cry 5 benchmarks. With all of that being said, let’s get to the results.

By now it should be pretty obvious that the RTX 3080 is just stupidly, ridiculously, insanely fast. However, there is a lot to digest here, so I will start with the easy answers first. If you skipped the first-gen RTX cards and want to stay with NVIDIA now is absolutely the time to upgrade. People who spent $600 on a GTX 1080 or $700 on a GTX 1080 Ti have a comparably price GPU that can in most cases double or even triple their frame rates. And yes, I also have to mention you can run hardware accelerated Ray Tracing and Deep Learning enhancements. Those two items will become more and more important in the coming years, whether you like it or not.

The harder question is what happens if you are not rocking the latest and greatest processor in your gaming rig, or you don’t want to spend the money for one? Well it all depends on your starting point. If you have invested in a higher-end CPU a few years ago, then congrats this RTX 3080 is a gift that keeps on giving because the GPU becomes more a bottleneck when you start increasing resolutions and detail. The 7700K and the i9-10900K are pretty close at 1440P, but they are neck-and-neck at 4K. That is actually huge news for gamers who want to stick within a stricter upgrade budget, without sacrificing on graphics horsepower.

With that being said, CPU bottlenecking and game engine limitations do exist. There is no avoiding them, especially since a lot of competitive online shooters fall into one of those situations, CS:GO and Overwatch are great examples. Some titles are also moving towards multi-core enhancements, which tends to kneecap the i7-7700K and older architectures in a pretty big way. Call of Duty for instance pegged the CPU cores with the RTX 3080 installed. Meanwhile newer games using the Unreal Engine, like Jedi Fallen Order, have CPU profiling that directly benefits newer processors.

If you stick to an older platform, another thing you will need to put up with is longer load times. That’s right, even with a fast NVME SSD installed, two of the games we tested Horizon – Zero Dawn and Modern Warfare – preload shaders whenever they detect a hardware or major driver change. On the i9-10900K system that process just took a few minutes, but when we switched over to the i7-7700K we had to sit around for 30 minutes because it was pegging the CPU at 100% the whole time. This also means that the i7-7700K would lag pretty far behind some of the newer options from AMD, especially if you want to use your system for CPU intensive tasks like rendering or compiling projects. All of those limitations would be multiplied if you brought in a lower-end Intel CPU or even worse if you are still rocking Bulldozer or a first-gen Ryzen processor.

Now I’m pretty sure that most of you who are rocking an Intel K-series processor have it overclocked, so we did overclock these i7-7700K to 5.1GHz to see if it would close the gap between it and the i9-10900K. And in some cases that’s exactly what happened. I mean, sure, Modern Warfare and Jedi Fallen Order love newer CPU architectures, but CS:GO saw a nice frame rate bump.

Power consumption is another thing you will need to take into consideration before even assuming a system with NVIDIA’s GTX 1080 series is ready to accept a RTX 3080. The Ampere card sucks down a good 100W more than a GTX 1080 Ti. First of all, make sure your power supplies is least 700W, and it has two 8-pin PCIe power connectors so you can use that ridiculous 12-pin to dual 8-pin power adapter.

Hopefully this article helps guide some of you into making an informed decision when it comes to upgrading, because it’s so easy to get swept away by the excitement around launch day reviews and assume that the high-end systems that we typically use for benchmarks are what you absolutely need. It turns out that isn’t really the case. Most games are still GPU limited at 1440P and especially at 4K, even with the RTX 3080. Provided you have a good enough platform to start with your hardly losing any noticeable performance by straight up replacing a GTX 1080 or GTX 1080 Ti with an RTX 3080. If you caught NVIDIA’s announcement, the company’s CEO did mention that now is supposedly a safe time to upgrade to the RTX 3080, and he was absolutely right. This graphics card is a huge leap forward, and the bonus is that if you game at high resolutions you don’t have to go through a top to bottom gaming PC facelift to switch to Ampere.