Translate Microsoft Office documents or text from any word editor, and get dictionary definitions instantly with GT4T

Working with documents that are in a foreign language? Translating is no easy task, it requires precision, and you may be constantly looking up words that you don’t know or are unsure about. 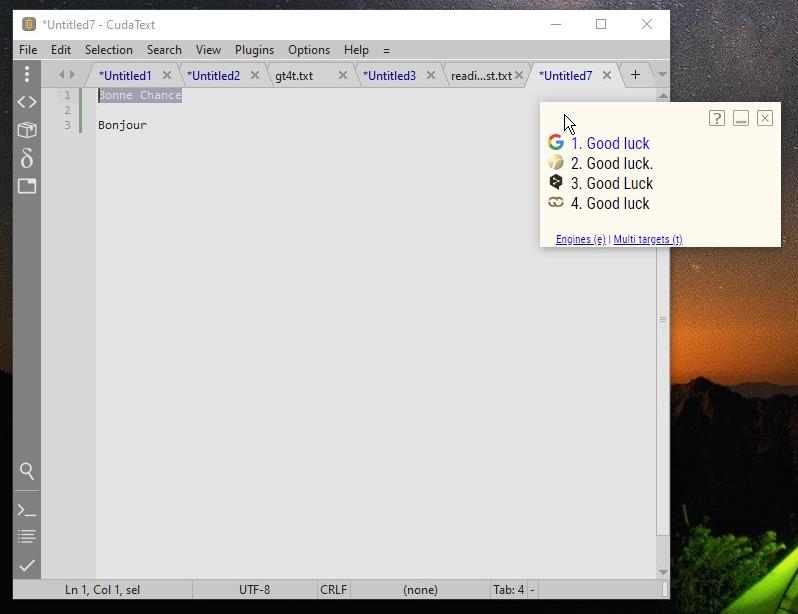 Opening up the browser every few seconds isn’t going to be productive either if you are working in desktop programs, e.g. Microsoft Word. GT4T is a freeware tool that can help translate text from any word editor quickly. The name stands for Google Translate for Translators, and obviously the program requires an internet connection to work. It does support other translation services, more on this later.

The application doesn’t have a GUI window to work with. Instead, it runs in the background, you can access it using a couple of keyboard shortcuts.

Before we learn how to use it, there’s something worth mentioning. GT4T doesn’t translate all languages by default; it doesn’t detect French, Spanish, German and many other languages, but we can enable support for these easily.

Right-click on the GT4T icon on the system tray. Mouse over the Languages menu and you’ll see it says: Auto, English, Chinese Simplified, Chinese Traditional, Italian and Portuguese. These are the default languages it translates “TO”. 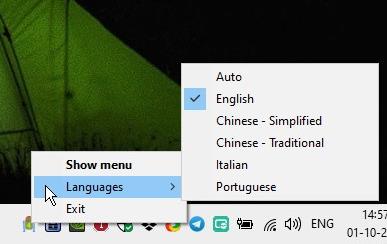 What we need is to set GT4T to detect the source language to translate “FROM”. Left-click on the tray icon, and select “Language Pair”. A window opens, and has a few tabs. 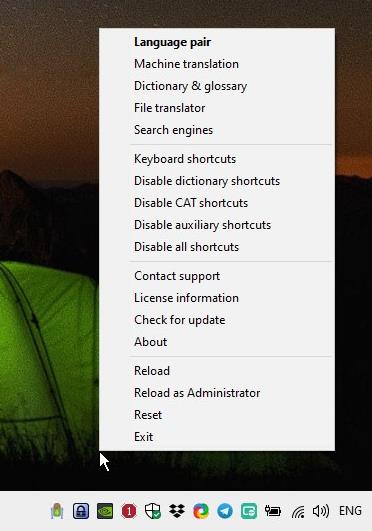 The General tab has an option that reads “Auto detect source language”. Toggle the check box next to the option. Click on the Save Profile button. We’re ready to use the program. 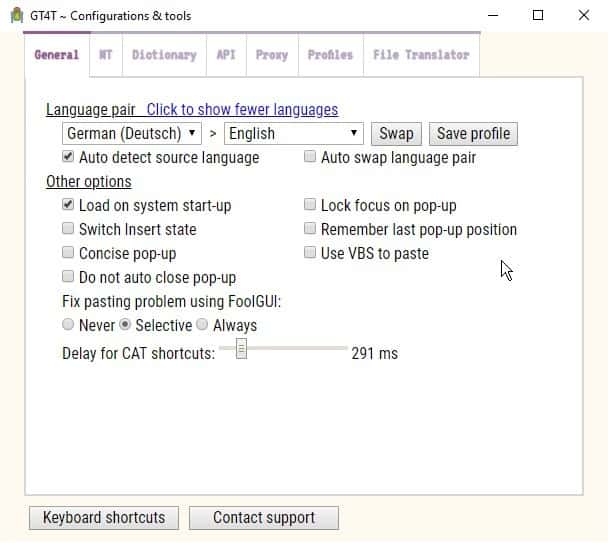 GT4T works in all applications from basic ext editors, word processors and CAT (Computer assisted translation) tools. Select some text in any program, e.g. Notepad, Word, text field of a browser, or any other.

Let’s say we want to translate the following words from French to English:

Highlight the text, and use the hotkey Ctrl + J. GT4T will replace the selected text with the translated words.

Note: The program also replaces the content in the clipboard with the translated text.

Despite being named after Google Translate, GT4T allows you to use several machine translation services. Hit Ctrl+Win+j to select the service you want to translate the text in, use the up/down arrow keys to select the result and press Enter to add the text.

You can change the service used for normal translation (non multi-translate) from the MT tab. 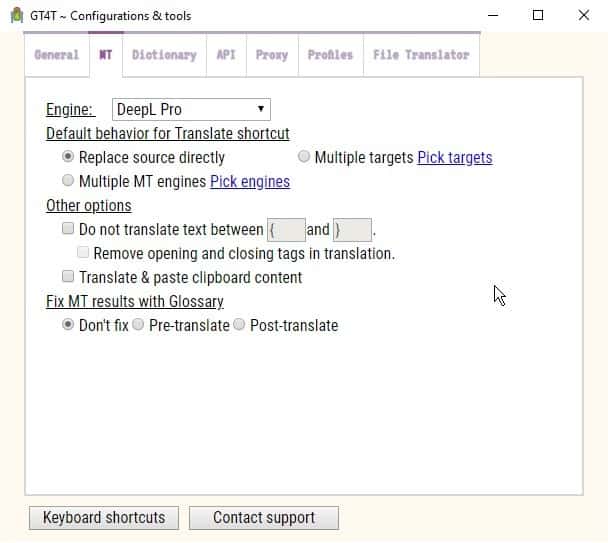 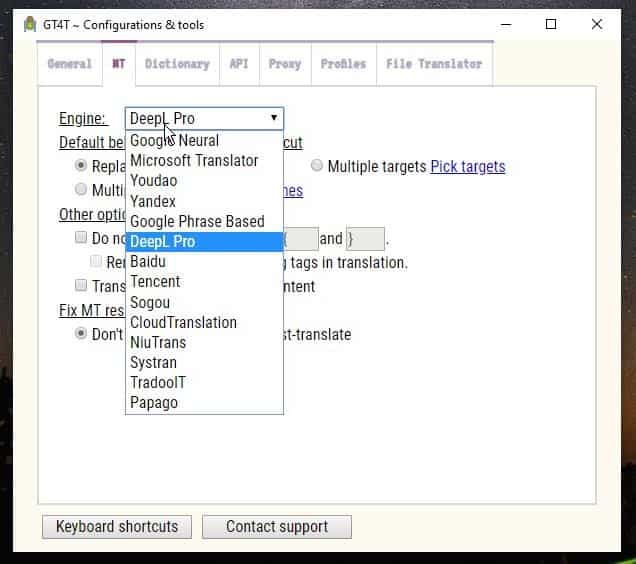 Don’t know what a word means? Select it, and press Ctrl + D. GT4T will displays the word’s definition in a pop-up dictionary window.

The dictionary window has a few buttons at the bottom. Tap the relevant key to access the options. 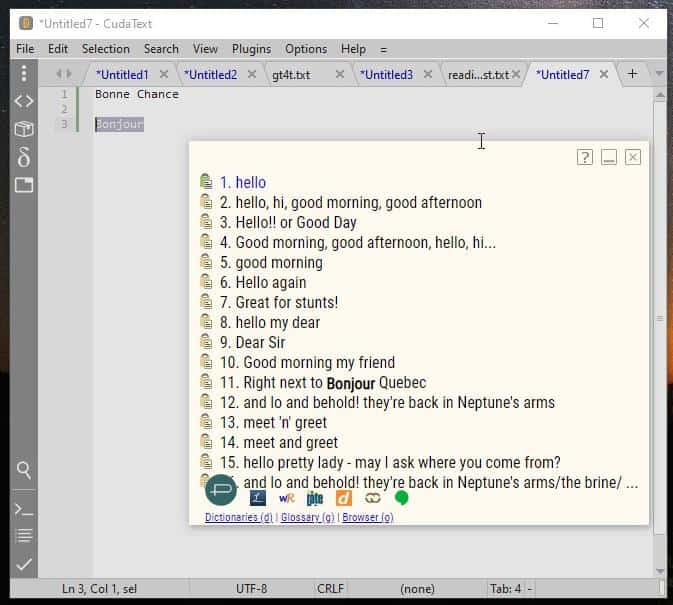 You can select various dictionary services, access the glossary, or open the word’s definition in a browser tab. You can also set the dictionary and edit the glossary from the program’s Dictionary tab.

You can set custom profiles from the General tab if you want to translate from a particular language to another, i.e., you set the source and translate languages, e.g. French to English. Click the Save profile button, this profile will only translate from the selected language. You can set as many profiles as you want, and switch between them using Win + Ctrl + Alt + F1. 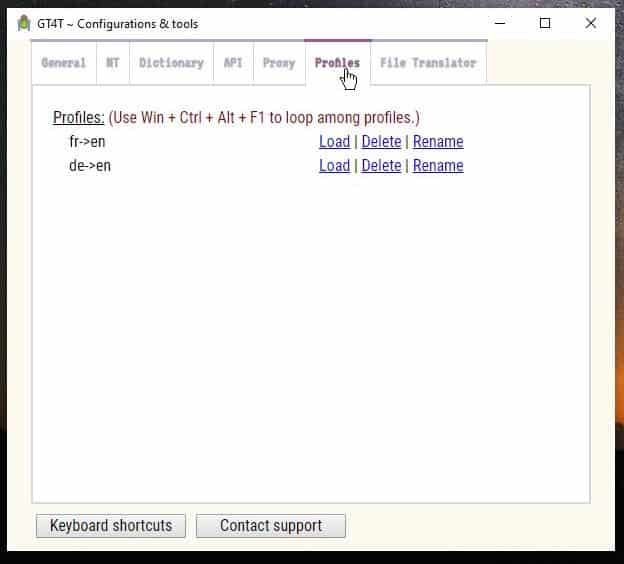 GT4T can also be used to translate Microsoft Office documents (and CAT files, but I couldn’t test this). To use the feature, open the menu and select File Translator. 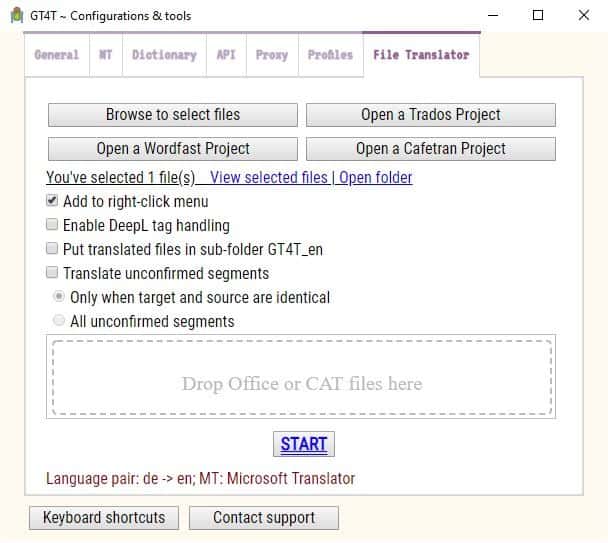 This is basically a tab in GT4T’s configuration window. You can use it to browse for and select a file to be translated or drag and drop a file onto the GUI to do the same. You will need to set the language pair, the source and translate languages manually to use the file translator.

Note: You don’t need Microsoft Office to be installed for the translator to work. 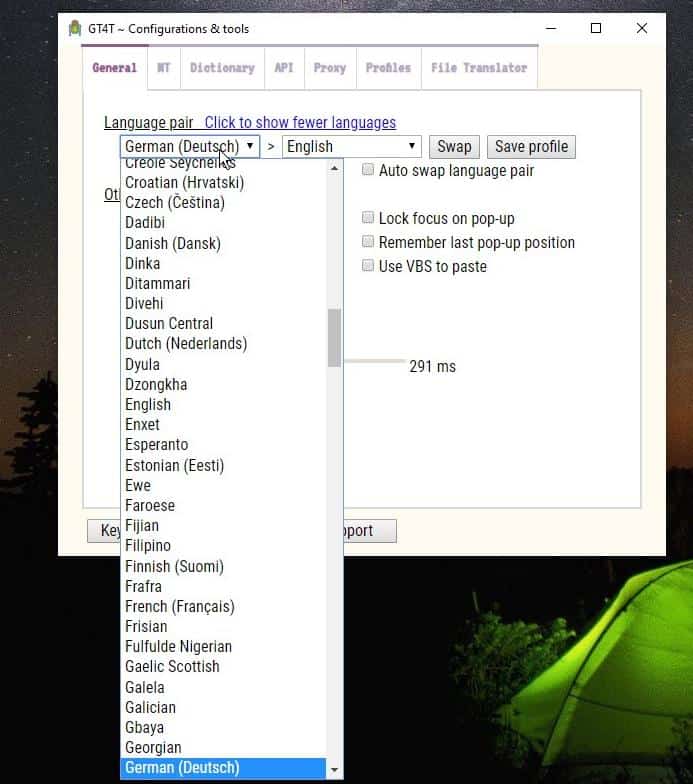 Click on the Start button and the program will process it and translate the document for you.

Warning: GT4T overwrites the original document, i.e., it saves the translated version on top of the original. So, make a copy of the document before translating it.

GT4T is available for Windows and Mac. The program is not available in a portable version.

Note: The setup installs the application in the AppData folder. And the program creates a shortcut for “Snore Toast” in the Start Menu, don’t worry about that, it is used for displaying Toast Notifications in Windows.