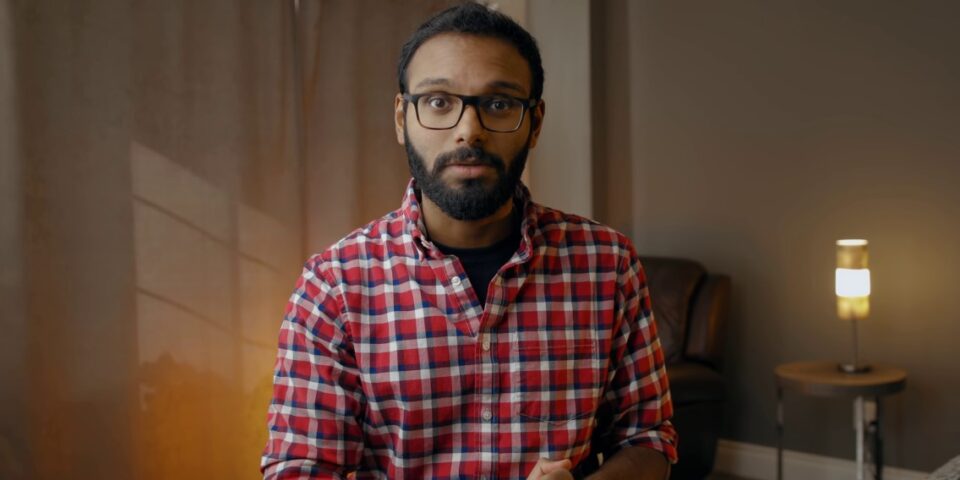 An AMDpocalypse for Intel – AMD Zen 3 and Ryzen 5000 CPUs Explained!

This last month has been really exciting for the PC enthusiasts because we started off with NVIDIA announcing the RTX 3000, and then today we have AMD coming out with some Zen 3 announcements. Now this was just a sneak peek at the new Ryzen 5000 series processors, so I’m just going to be talking about some of the revelations about Zen 3 and the new series, like the specs of the upcoming processors, their prices, release dates, a few new details about the architecture, some performance results and motherboard compatibility.

Let’s start things off with where AMD finds themselves right now, and that is leading in pretty much every category. While Zen was a great step forward – and Zen+ even more so – Zen 2 really kicked things up a notch to a point where AMD’s processors were preferred over Intel’s by most consumers. Now Zen 3 has finally arrived and it looks really promising.

It hasn’t been all that long ago since the last Ryzen CPU release, which was done back in July with the XT series. Those CPUs didn’t really bring a lot to the table, but it sort of set the groundwork for this launch. Every new generation of Ryzen CPUs has been a constant evolution that addressed the weaknesses of previous generation. And that’s exactly what Zen 3 is too. Basically AMD saw what needed to be improved like gaming performance, single thread performance, and some other key areas and they attack those head-on. However, they also didn’t want to complicate their lives by completely shifting the Zen architecture to a brand new layout and manufacturing process. Zen 3 stays on an updated 7nm node, but the underlying design got a pretty big facelift.

A cornerstone of this new design is a revised layout that clusters 8 cores in a single CCX module, which has direct access to 32MB of L3 cache. Supposedly that gives huge benefits in gaming, single core workloads, and less memory latency. There are also a bunch of other updates to the overall architecture, like better load store performance, enhanced floating point and integer engines, and more. We will cover all of those in the review, but it’s all supposed to result in an instructions per clock (IPC) increase of about 19% over the Ryzen 3000 series. That is just super impressive for a single generation. Back in July I mentioned that the XT series launch might actually be a part of a much larger plan even though their real-world performance benefits were pretty limited. Well those CPUs allowed AMD to test the 7nm manufacturing process’s ability to run at higher frequencies, and we are seeing the results right now with Zen 3.

One of the biggest moves for this generation is AMD finally consolidating all of their Zen 3 CPUs under the same 5000 series name. That is good news since things were starting to get confusing with Zen 2-based CPUs using the 4000H and 4000U series for mobile, 3000 series for desktop, and also 4000G name for OEM desktop APUs. Let’s just hope they stick to that and finally teach Intel how to name products. Another thing I want to mention before I get into specs is the release date for the 5000 series CPUs. Right now AMD is set to have them launched and available on November 5th. From what we have been hearing they have already started production so I hope the stock situation is going to be okay, but then again this is 2020 so anything could happen.

Now the result of Zen 3 is a lineup of new CPUs that look a lot like the current Ryzen 3000 series when it comes to core counts, clock speeds, and TDPs. However, those changes to the underlying architecture make those similarities pointless as a comparison. At the very top is the 16-core/32-thread Ryzen 9 5950X, which has a 200MHz higher boost clock than the 3950X, a $50 higher price at $800 USD, and identical TDP of 105W. That is followed by the 12-core/24-thread 5900X, and this is where things get really interesting on some fronts. While its boost clock is 100MHz higher than the 3900XT, the base frequency gets a 100MHz cut. That a 100Mhz reduction versus the 3000XT series is something you will see with every 5000 series CPUs, and it was likely done to keep TDPs as low as possible. Oh, and the price goes up by cool $50 here as well. Basically, this is something you will see with other CPUs here too. They cost more than the 3000 series launch prices and that is understandable provided there is an equal amount of performance uplift. Also remember the maximum single core boost speeds you are seeing for CPUs are based on absolutely perfect conditions. The chances you will see them on a regular basis is slim, but they still represent a pretty significant improvement versus the previous generation.

Moving down, and the Ryzen 7 5800XT is being launched to replace the 3800XT with exactly the same boost frequency, lower base speeds, and a price bump of $50. What we don’t see yet is a clear 3700X replacement, but I’m pretty sure AMD has a few more CPUs that they will roll out soon after launch so that might be one of them. The Ryzen 5 5600X seems like it will be a great Bang for the Buck gaming CPU, not only that but it’s TDP is now down to 65W, which makes it a really interesting choice for ultra-small form factor builds, especially with all those juicy architectural improvements AMD is talking about.

I should also mention that the 5600X is the only CPU in this new lineup that will get an included heatsink. According to AMD it will ship with a Wraith Stealth cooler. The only catch here is the price, which also gets a $50 increase versus the 3600XT. On higher end processors that didn’t really hurt too badly, but this is a 20% premium for a product that was super affordable beforehand. It also increases the cost of entry into the 5000 series, because what you don’t see right now are direct replacements for the non-X series and lower-end Ryzen 3. AMD could be waiting for a later date to launch those, but they could be satisfied with what they have right now.

The real news here is actually the performance because AMD’s claims are pretty earth shattering, or should I call it Intel shattering. With their focus on IPC and quicker access to onboard memory resources they made claims that the 5900X can beat the 3900X by an average of 26% in games. Now look that is at 1080P and we have already seen with our RTX 3080 Ryzen CPU scaling article that at 1440P the differences between CPUs become close to zero, even the 5950X can pretty much dominate its predecessor in gaming.

Single thread performance was always an area where AMD was a bit lacking, but that has been demolished with Zen 3and it accounts for a lot of the reason why we are seeing such a good gaming performance. This basically allows the 5900X to tie or even beat Intel’s Core i9-10900K in games, and since that was the best gaming CPU around that is a pretty big deal for AMD. They now have core counts and gaming on their side.

There wasn’t really much shown about performance in other applications, since gaming seems to be what AMD wanted to focus on, but they did show 4 results this for the 5950X and it does look like all of those architectural improvements also make a positive impact on multi-core heavy workloads.

Now usually we see new CPU architectures released hand-in-hand with brand new motherboards, but that isn’t going to happen this time. Both B550 and X570 will be sticking around and we will have full support for Zen 3 via a microcode update. As a matter of fact, some have already added a beta version of the BIOSes on their product pages with a plan to have full mass production support in time for launch. As usual motherboard manufacturers will start offering some refreshed boards with minor changes, just to take advantage of the Zen 3 interest.

You might remember this chart that showed X470 and B450 boards don’t support Zen 3, but AMD quickly backpedaled on that. Now they are going to have unofficial support via beta BIOSes, so you just need to update your BIOS before switching out CPUs. I also want to mention that we did talk to a few motherboard companies and they have been telling us that there is no official support for Zen 3 on their existing B450 and X470 boards. There are going to be a few select boards that will get an update from now until the end of December, but you just have to pay close attention to the CPU support page before assuming that your old system will have support for Zen 3.

Also remember that according AMD this is the last CPU on the AM4 socket. In the past Ryzen buyers could be confident that their motherboards would be compatible with upcoming processors, but this one is sort of a dead end since Zen 4 will be brand new from the ground up. That is probably why there aren’t any new chipsets launching, and it’s a good decision especially since B550 motherboards are already more feature packed than anything Intel has right now.

I think that pretty much covers everything for now, and I have to admit that AMD’s progress looks super impressive. They have been able to deliver three Zen architectures in 3 years and they have managed to beat Intel in almost everything. Zen 3 is marching onwards while the Core series is still left spinning its wheels. Basically AMD could now have big wins in IPC, efficiency, thread counts, and gaming, and that is a very big problem for Intel since Rocket Lake S is only due for launch next year, sometime in late Q1.

It also looks like they are confident enough to charge a bit more for their CPUs as well. That is good from a business perspective, but only good for buyers if the price increases align with performance boost. One thing is for sure though, it will be really interesting to test these new CPUs in rea- world use case scenarios and test AMD’s claims. I guess we will just have to wait until the actual review date, so definitely stay tuned for our coverage.