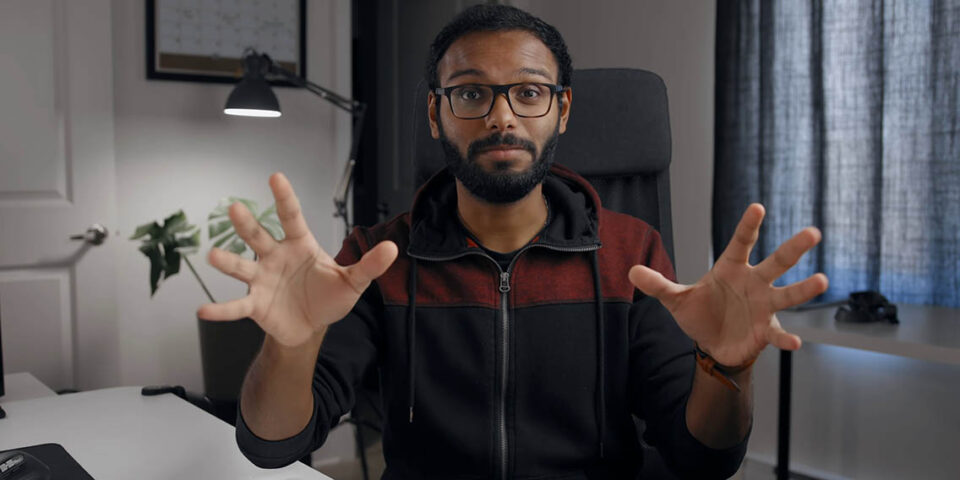 This is the FUTURE of OnePlus Smartphones | Hardware Canucks

OnePlus is currently in the process of doing a complete UI revamp with Oxygen OS 11, which is based off the as of yet unreleased Android 11. In fact, just last week, OnePlus rolled out a Developer Preview for existing OnePlus 8 and OnePlus 8 Pro users. They asked them to try it out and see what they think for themselves, because they had been working on something new and refreshing and they wanted feedback.

I love when companies do that, but as always when you decide to introduce change – especially when it comes to the core user experience – which in this case is how users interacts with the OS, app navigation, and going through settings and just the general usage, you are obviously going to get two types of reactions. The first group is going to love this new refreshing look, and there is going to be other side that is going to be why change something that’s already working pretty well? If it ain’t broke, don’t fix it! Right? Well in this article I’m gonna walk you through what’s new with Oxygen OS 11, some of the new changes that they have done to the UI, and what you can expect when it officially gets rolled out to your existing OnePlus device. Now I also have to mention that there are certain resemblances to another operating system that shall remain unsaid for now, but overall I really like it.

Before I get any further in: Huge disclaimer, and this is something that you have to keep in mind as you are reading this article. This is OS is a beta build, it’s not stable, it’s not the final version, which is supposedly set to launch a rollout at the end of 2020. If you have an existing OnePlus 8 or 8 Pro smartphone install it at your own risk. Personally, I would stay away from it because you want to make sure that your daily driver is just running fine. You don’t want to run into any issue with your day-to-day phone, so just a word of caution.

One of the features that they have added to Oxygen OS 11 is the ability to enable Ambient Display all day long, which naturally drains your battery significantly. They have also added a handful of cool new clock styles, my personal favorite is insight because it actually shows how many times you have unlocked your phone and it leaves a groove on the bar. The more you use your smartphone the clock widget starts moving downwards towards the red area, and that’s just a gentle reminder that you have used your smartphone for way too long. I will say that some of the other clock styles are similar to what you will find on Samsung devices, and you probably hear me say that over and over again as I’m walking through the new UX change.

The home screen looks similar to Oxygen OS 10, except for the icons which are a bit more minimal and consistent with the circular shape across the board. The notifications shade has been updated as well, they have categorized conversations and your other app notifications, which is pretty neat. It is also slightly larger making it easier to adjust screen brightness with just one hand. You will also notice that OS 11 shows the date and time in both condensed and the expanded mode, which I like.

In case you haven’t noticed OnePlus has shifted their company logo and color scheme a few months ago, with a new font choice and a new colour palette. They have brought that change to the operating system as well. The new font is called OnePlus Sans, and it’s replacing the iconic Slate font that we are used to, and I like it so far. Perhaps the biggest change you will encounter is when you hop into settings, as you can see the title is pretty bold and big, and this is something that you will start to notice with other primary apps like Messages and Dialup and other native apps. They have shifted the tabs to adjust your basic settings downward so that you can easily reach them with one hand. Every icon feature has an outline, which looks pretty sweet. And yes, there are certain resemblances to Samsung’s One UI in terms of grouping them, but I don’t mind it as long as it works.

OnePlus’ primary applications like Messenger, Phone Dialer, and Gallery have received a slight change as well. If you look at the dialer, the numpad is condensed and the spacing is even, plus it’s easier to reach versus Oxygen OS 10. The Gallery app is well organized, it’s grouped by dates chronologically, and it shows the location as well. I prefer this over Google photos to be honest because the new update for that app killed the ease of use for me personally.

I also really like the new Weather app, and this is something that I do see myself using constantly over the Google Weather app because there is hourly forecast, daily forecast, and it’s all organized really well. Obviously with every new operating system you are going to get a few new wallpapers, I personally like the one that I have set since it certainly matches the Interstellar Glow version of the OnePlus 8. Overall, I really like what OnePlus has done with Oxygen OS 11 even this isn’t the final build yet. In fact, they still have a lot more to port from the official Android 11 build that Google is currently working on.

I’m excited to see what the future OnePlus devices are, especially with the new OS update, and the way phones are going to be shaped in the next few years. While stock Android is great – it’s clean and minimal – I think it’s time for change. I think OnePlus did something bold, some people might not like it and that’s completely fine, but I think it’s going to grow on most people. Now there is one thing that I do have to point out and it’s a little glitch that I noticed on my OnePlus 8. If I pull up the application drawer, it actually doesn’t go all in towards the edges. As you can see in the images it doesn’t fully expand edge to edge. I’m not sure if that’s a glitch or if that’s done on purpose, but that is just a little bit odd. Hopefully the final builds can address and fix that issue.

Lastly, and this is just something that has been on my wishlist for a really, really long time, You see with every Android device there are these really cool developers working on Google Google Camera APKs for those phones to significantly improve the camera experience or the picture quality coming out of those phones. I have done a video on that separately which you can check out right over here, but those apps can make a huge difference when it comes to image processing. If OnePlus can only work with those developers to integrate that into their native camera app I think that would totally change the smartphone camera industry as a whole, because right now the image quality on OnePlus phones is great, but it could be much much better. Hopefully, they can work on something like that, it’s something that’s on my wishlist, one can only dream.

And that’s pretty much it, this was just a quick overview of what you can expect with Oxygen OS 11. If you are an existing OnePlus owner, if you have a OnePlus 7 Pro, OnePlus 7T or any of the OnePlus device, are you excited for this update? Have you tried it as well if you have a OnePlus 8 or 8 Pro? I would love to hear your thoughts and comments.