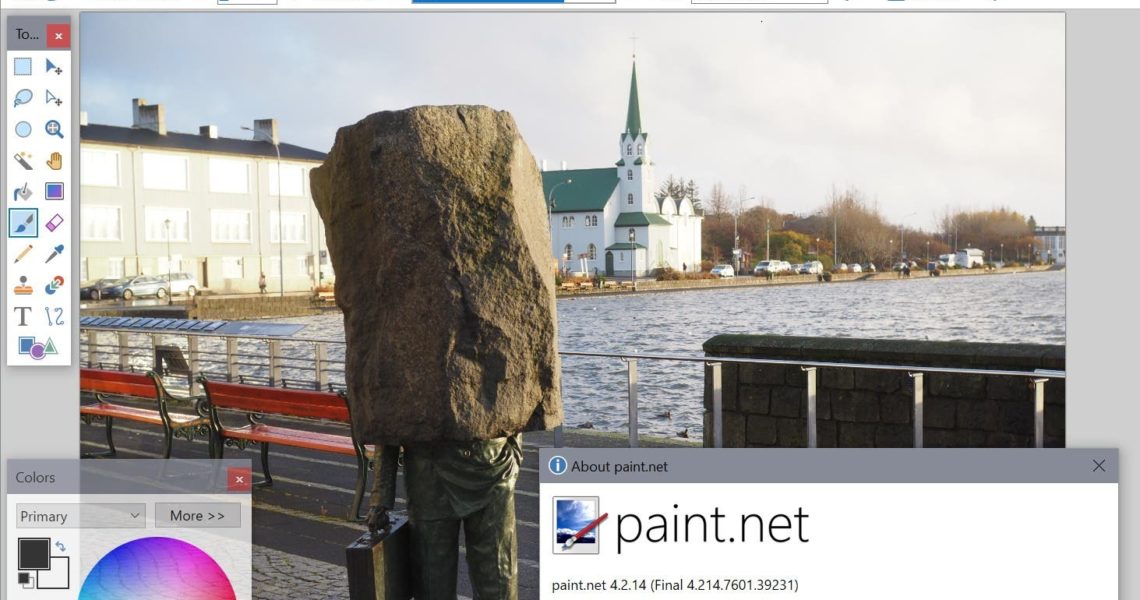 When it comes to free image editors that run on Windows machines, users have quite a lot of choices. Paint.net is definitely one of the better and more popular choices, but programs such as GIMP are also used widely.

The developer of Paint.net has released Paint.net 4.2.14 to the public this week. The new version is available as a Microsoft Store version and a desktop version update. The program informs users about updates if the option is enabled during installation.

The update introduces full support for the upcoming image format AV1. Paint.net supported opening AV1 files already but you could not save loaded images to the format up until now; this changes with the release of the new version as it is now possible to save images to the AV1 format using the image editor.

The editor includes a new plugin, AvifFileType, that powers the functionality. Installation of a Microsoft code from the Microsoft Store is no longer required to add support to the application; this means as well that support is now available on Windows 7 and Windows 8.1 devices.

The change log highlights the following areas of improvement:

The developer improved the Ellipse Selection Tool resulting in smoother circles and smaller file sizes, and added the list of loaded DLLs under Settings > Diagnostics.

Paint.net 4.2.14 includes several fixes next to all that, including a crash fix when using the Gradient tool, an issue when copying large images to the Clipboard of the operating system, and a fix that tries to apply the DPI from scanners to images if possible.

Now You: Which image editor do you use and why? (via Deskmodder)

The developer of Paint.net has released Paint.net 4.2.14 to the public this week. The new version is available as a Microsoft Store version and a desktop version update.