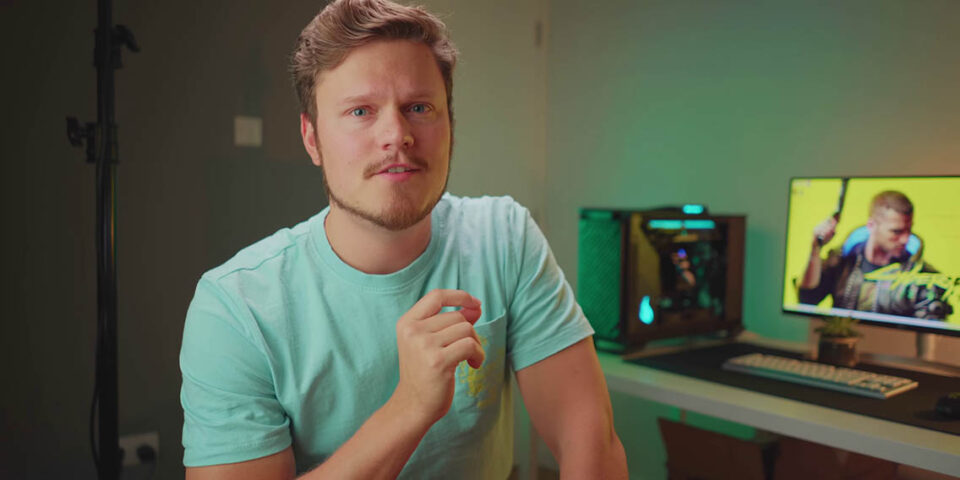 This RTX 3080 Gaming PC Worked Better than I Expected

When we first published the ASUS ROG Z11 case review, it was polarizing. Some people loved it for its unique design and form factor, but majority of you really hated it from an ITX size perspective because it is absolutely massive and it is also really expensive.

Why A Second Look?

It’s really funny how a computer case can invoke such feelings, but I feel like I didn’t do it justice in terms of its showpiece potential and I really feel like that’s what the case is designed for. It’s not for your average ITX niche market who love the compact form factor of ITX and overcoming the challenges with cooling and hardware support. I still stand by that statement, this is a showpiece case only, and so I really wanted to put that statement to the test. I feel like I didn’t do the hardware justice in the review, so let’s fix that.

Honestly, I just wanted to have fun with the system and this build, not approach it from a particular angle of like the most optimized or cheapest ITX system, but to do a full ROG system instead. ASUS even supplied us with an ROG STRIX RTX 3080, which I feel very privileged on that one. We have a whole new set of awesome hardware that I’m excited to play around with, and normally I wouldn’t necessarily use the Z11 from an ITX perspective, but seeing this as this is an all ROG build it made sense. This is going to be an almost true matte black system, and I’m really excited to show you what the end result finally looks like. I also get a second take on what it’s like to work with the Z11, what it’s like to build in it again, and I get to share my second wave of thoughts of this case as well as answer some of the questions that you all left on the original review.

Now that the system is complete, I’m impressed at myself for how little effort I had put into cable management because this is my second time working with this case. I know how things should be routed and where everything goes. I didn’t have to learn new tips & tricks, which I had to do quite a bit of when doing the initial review. This second time around I appreciate that 11 degree motherboard angle, because it clears up a lot of room behind the motherboard for all your cables. Without that angle that case would have non-existent room for cable management.

Next up the only real way to solve for all the interior to exterior cable management with this enclosure – because of the way the motherboard is oriented – is that you need to access and plug everything inside the case itself. Accessing the rear I/O to plug in your USB stuff, to plug in the networks, to plug in the DisplayPort cable is just really difficult and it is still really annoying. However, using wireless peripherals eliminates the cable clutter and makes cable management for the exterior so much easier. Literally the only surprise with the assembly is that I can’t believe that STRIX RTX 3080 actually fit into the enclosure. Now specs wise the case does support a triple-slot graphics card up to 320mm, and this card is 318.5mm so it is under the limit. I did have to fiddle around with the angle of the graphics card for it to enter the motherboard’s PCIe slot, but it did fit and I’m quite happy with the turnout. However, it is very close to the glass panel because it’s a really thick card so cooling is compromised, but this isn’t the permanent home for this card.

I do appreciate the consistency of some design elements between the all of this ROG hardware, so the ventilation ports on the case match the lines on the GPU, the illuminated lines match those on the CPU block as well. That is a really good thing because this being an ROG themed PC everything kind of works together, nothing is a sore thumb, nothing stands out design wise. We are using the ROG STRIX B550-I Gaming motherboard, it’s pretty capable, and has all the ports that I want and all the M.2 slots that I want. We are using the Ryzen 9 3900XT 12-core processor, which I am considering to replace my ThreadRipper. I would be losing a few cores, but in reality it doesn’t really matter for DaVinci Resolve, and on the plus side this thing clocks much higher. For cooling we have the RYUJIN 240mm AIO with Noctua fans. It has a really unique design on the CPU block with OLED screen that can display CPU temperature, other system information, or a simple graphic.

Before you say anything, I know this all-in-one orientation is not ideal in the long run, but I’m not hearing any waterfall effects and as far as I can hear there is no air inside the pump. Everything is working fine in terms of temperatures, I actually get better temperatures for both the CPU and GPU in this horizontal orientation than versus the case standing vertically. Furthermore, I will eventually pull the system apart anyway. For memory we have a 32GB kit Crucial Ballistix memory kit rated at DDR4-3200. I basically love the design because there is no RGB and it’s fairly low-profile too, so it fits this build perfectly. As for my M.2 drive, it is a 1TB crucial P5 NVMe SSD. Powering everything is an ROG STRIX 750W power supply, it is a fairly compact unit, fully modular, and all the cables are black and as low profile as possible, which made cable management in the Z11 super simple.

Gaming Beast Of A GPU

Last, but not least, the graphics card: The ROG STRIX RTX 3080. In my gaming benchmarks this card reaches almost 2GHz on the core without me tinkering with anything, which is incredible. Also, its temperatures in the auto fan speed hover around low-to-mid 70°C, which again is super impressive. Running my standard 3DMark benchmarks I have never seen framerates this high. Comparing this build to my previous RTX 2080 Ti and 9900K machine, this system blows it out of the water.

I know been fanboying all over ASUS here, but another important thing that I want to mention is that this is probably my preferred choice in components when it comes to brand loyalty. Thanks to the ASUS Armoury app the drivers and software for the motherboard, the GPU, the AIO cooler, and the addressable header for the case are all recognized and are all controlled through a single application. I appreciate that whole user experience, second to what I have experienced with the Corsair iCUE series, where everything just also connects and is recognized and there is no fuss.

So there you have it, my fun little build with the Z11. I know it was meant to showcase the hardware, and I think I have done it justice in terms of cable management and in terms of some lighting customization where everything just syncs up perfectly without any hassle at all. I’m so glad that the RTX 3080 fit inside the enclosure, because I was worried given it’s large size. Also, it exhibited great performance and thermals despite being so close to the side glass panel, which is also is very good.