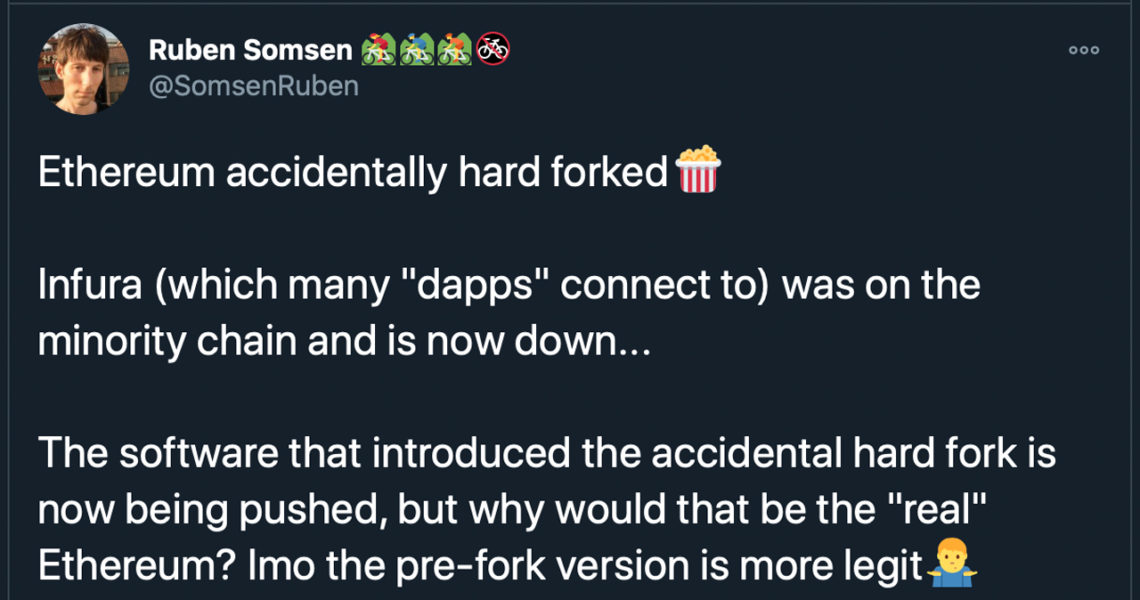 According to a number of third party infrastructure providers, the Ethereum blockchain suffered an unintended hard fork or chain split on Wednesday. The service providers Infura, Binance, and Blockchair all reported issues with consensus at block height 11,234,873.

Ethereum-dependent services are facing outages following the recent chain split. ETH withdrawals from Nash trading channels are currently failing, but we’re working to resolve the issue as soon as possible.

What do you think about the issues the Ethereum network experienced today? Let us know what you think in the comments section below.