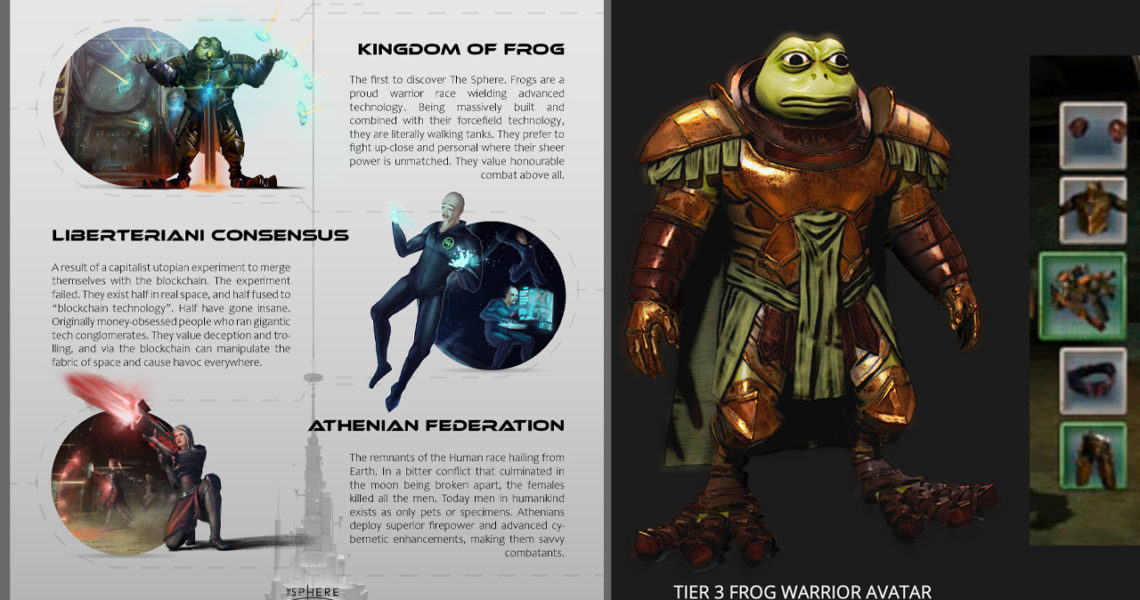 In the near future, a non-fungible token collectible game is coming to the Bitcoin Cash ecosystem. The project dubbed “Enter the Sphere” aims to bring its NFT collectible universe to Bitcoin Cash by leveraging the Simple Ledger Protocol (SLP). Last week the team behind the project successfully raised 101 BCH ($24k) in order to kickstart the NFT experience.

Last year a number of software engineers invoked the Simple Ledger Protocol (SLP) which allows the creation of permissionless tokens on the Bitcoin Cash (BCH) network. Since then, over 15,500 tokens have been created and a number of SLP tokens have amassed real-world value.

Now that the Bitcoin Cash (BCH) upgrade is over and behind the community, proponents and developers can get back to building innovative onchain projects. One particular project called “Enter the Sphere” or the Sphere for short, plans to introduce non-fungible token (NFT) collectibles to the BCH chain.

“The Sphere is a collectible RPG card game built on SLP NFT technology, where entrants battle to ascend The Tower and sit on The Throne,” explains the team’s recently completed Flipstarter business plan. “Only one player or team wins every cycle with the prize.”

The developers note that they wanted to bring the “first polished use-case for NFTs to Bitcoin Cash” and initiated the Flipstarter funding program to get started.

The Flipstarter plan shows that roughly seven days ago the developers completed the funding of 101 BCH ($24k) which stemmed from a myriad of BCH enthusiasts who donated. According to the game summary, the Sphere will be a role-playing game (RPG) fighting game but also have battle royale and poker mechanics. In addition to the Flipstarter business plan the team also has a formal Telegram channel as well.

Three weeks ago, the cofounder of the Spice token and a director of the SLP Foundation, Joey_B_Wong, wrote a comprehensive summary of the Sphere game and experience. The editorial written on the read.cash blogging platform discusses the Sphere’s core game and shows a video example as well.

The three-minute video gives a unique visual perspective of the Sphere game built on Bitcoin Cash and things to come. According to Wong’s blog post, the game will also introduce a new token called ORB, an SLP token that will “play a big role in the ecosystem.”

Wong also said that the ORB token will work “synergistically with Spice which is an already well-adopted token.” The blog post which was published three weeks ago says that the team hopes to have the pre-alpha version of the game ready by Christmas.

At the moment the Sphere game developers are looking for playtesters and feedback. The Spice token cofounder also said that the game will allow gamers to deposit and withdraw tokens as well as let players buy and sell unique items and avatars.