Today an agreement between MediaTek subsidiary Richtek and Intel has been made for Ricktek to acquire Intel’s power management solutions and controller product line known as Enpirion. The agreement will enable the sale of the division, subject to regulatory approval, for $85 million, and is expected to close in Q4.

Intel’s Enpirion business has been part of the company under the Programmable Solutions Group, formerly known as Altera, which was acquired by Intel in December 2015 for $16.7 billion. Altera had previously acquired Enpirion in May 2013 for $140 million, indicating a net loss over the seven years.

In various reports, MediaTek has supposedly pointed to Enpirion’s high-frequency and high-efficiency power solutions as a key part of the acquisition, citing MediaTek’s push into enterprise-level system applications. The current belief is that MediaTek is planning to develop its ASIC business in a more serious manner than previously, targeting AI acceleration for hyperscalers. 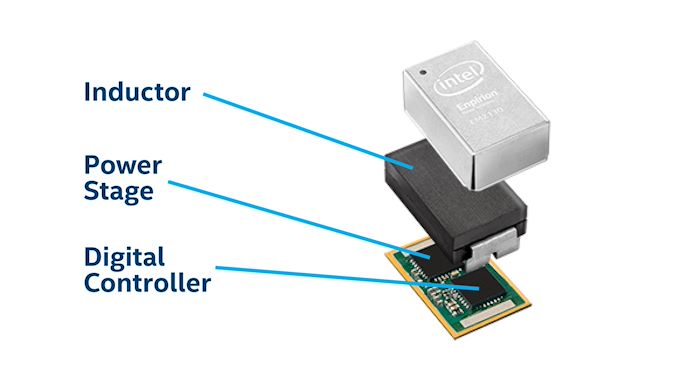 For Intel, the sale of the Enpirion business clearly isn’t for the money – it sheds a division from the Programmable Solutions Group, allowing them to focus better on growth markets, according to Intel’s official statements. Chances are that Intel has an Enpirion equivalent elsewhere in the company to fill the gap, or might be involved in a purchasing agreement for the ex-Altera products that might use Enpirion. I highly suspect that Intel wasn’t actively marketing the product line for new customers that much anyway, and doesn’t see the market for potential revenue growth.

An Intel spokesperson gave us the following quote for this story:

Intel and Richtek, a subsidiary of MediaTek’s discrete power business, have signed an agreement for Richtek to acquire Intel’s Enpirion FPGA power product line. This transaction will enable Intel’s Programmable Solutions Group to focus on its core FPGA business and increase investment in high-growth opportunities that help position Intel to win key transitions to support 5G, edge computing, artificial intelligence, and the cloud.

If we get a MediaTek statement, we will add it to the article.

It sounds as if the agreement is more for the IP than the people. It will be interesting to see what plans MediaTek has that involve the product line.