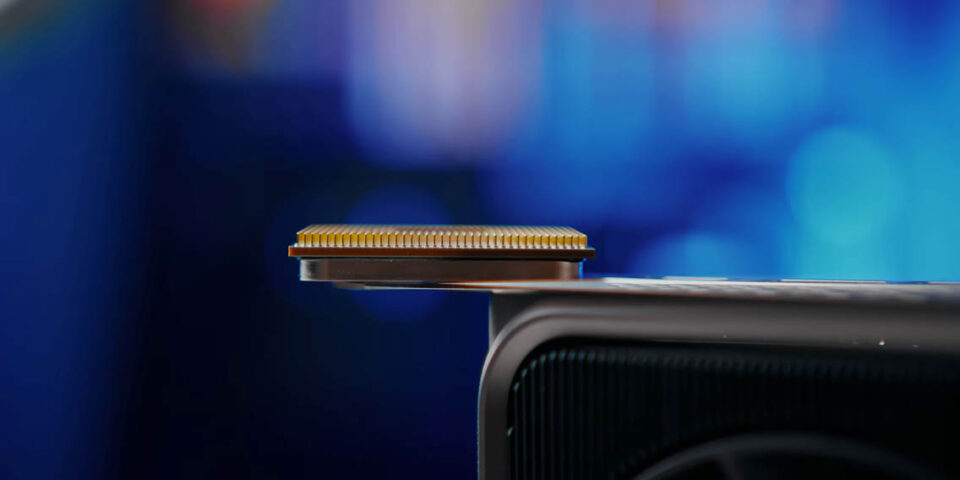 Now that Zen 3 is here and in pretty short supply around the world, we wanted to start exploring how these new processors have changed the market. The other we were debating on which of these new Zen processors would be the most popular and we landed on the Ryzen 5 5600X. Personally I think this is the best all-round CPU in AMD’s new lineup since its the lowest priced, gets amazing in-game framerates, and holds its own in multi threaded rendering too. Not only that, but if you are gonna find one of these new Zen 3 CPUs its most likely gonna be this one since it seems to be getting restocked more often.

That conversation got us thinking about the upgrade path someone might be on right now. While we showed the Ryzen 3000 versus Ryzen 5000 processors in the launch day review, the reality is that most people’s upgrade cycles are 2 years or longer. Also, they will probably be looking for an upgrade that costs about the same as they originally paid for. And that is where the Ryzen 5 1600X, 2600X, 3600X and 5600X come into play. The upgrade story between them is really straightforward. They all cost about the same at launch, even though they are separated by almost 4 years of development. Also since these are all 6 core/12 thread CPUs it also gives us a really interesting opportunity to check out how the Zen architecture has evolved over time with processors that have an identical core layout. So in this article we are gonna see what kind of performance uplifts someone could expect between these 4 different generations of Ryzen processors, and also quickly check out how the Zen architecture has improved from its birth until now. This is going to be an interesting one, trust me!

I want to start this all off with a bit of a history lesson about Zen’s life up to now, because it basically changed AMD’s path from trailing Intel by a huge amount to now beating their best CPUs in almost every way. It has been an epic success story. Back before Zen AMD was facing some very real problems. They had bet big on the Bulldozer architecture that failed to deliver, so by the time Zen rolled around in 2017, other than a few APUs, their lineup was basically filled with 3 year old processors that didn’t stand a chance against what Intel was offering, especially in gaming.

The Evolution of Zen

I wish there was time to go over all the differences between Zen and Bulldozer, but let’s just say it was a completely new design. AMD threw out everything about their old design and started new. Not only that but the new architecture brought them from an ancient 32nm manufacturing process to 14nm along with an SOC layout, DDR4 support, and cores that used SMT. The performance difference was like night and day, where something like the Ryzen 5 1600X could literally run circles around the FX 8370. However, the big news was that Zen put Intel on notice that AMD was serious and the updated Zen+ proved that too.

From a broad view Zen+ wasn’t a huge change for AMD, but it was still really important since they moved the architecture down from 14nm to a 12nm process. This along with Precision Boost 2 and XFR 2 allowed for higher sustained clock speeds and an overall more efficient architecture. Personally, I think the biggest change for the Ryzen 2000 series were its updated memory controllers that increased officially support speeds from DDR4-2667 to DDR4-2933 and made choosing modules a lot easier.

You can actually see that playing out in the 1600X versus 2600X story, but in a more subtle way. While the clock speeds look really similar, like I said before it was all about sustaining those frequencies over longer periods of time that gave Zen+ a huge leg up. The 2600X was also a bit less expensive since it ended up competing with Intel’s Coffee Lake and AMD still needed to play the value card. Overall that ended up being a nice incremental step up for Ryzen, especially when it came to single thread performance, but the pace really ended up kicking into overdrive with Zen 2.

With this evolution AMD started diving further into the architecture to improve almost everything, but their main focus was to improve communications between various parts of the chip. They doubled the amount of cache per CCX, expanded memory support to DDR4-3200M, added PCIe Gen 4, and also rolled out 12 and 16 core versions into the consumer space. All lot of this was helped by moving to a new 7nm process node and resulted in an IPC uplift of about 15% in some cases. In the mid-range, the 3600X and all the architecture changes also meant higher clock speeds, very similar power consumption, and a price shift back upwards to the 1600X’s $250. The IPC increase and sustained frequency improvements moved AMD forward in a big way, and in many ways Zen 2 ended up being the generation that made people decide to jump ship away from Intel. While Ryzen was winning in multi-threaded workloads, there was still one area where they needed improvement and that was in single or lightly threaded situations, especially gaming.

And that brings us to Zen 3 and the end of this quick history lesson. In many ways this is the biggest jump forward for Ryzen’s core architecture since its introduction in early 2017. In order to reduce latencies they moved to a different core layout with shared cache and rebuilt the front end, execution, and load/store functions within each core. That 19% IPC improvement between one generation and the next is beyond impressive, and I’m sure its something Intel really wishes they could replicate.

Specification wise nothing really changed in a big way, but all of those back-end updates lead to additional performance where it mattered the most: Single threaded apps and lower latencies ended up pushing the 5000 series to some big wins over Intel in gaming. However, the 5600X is also the most expensive Ryzen 5 yet at $300 USD.

Thankfully, right away we can see an interesting story playing out since some applications react differently to the revisions AMD’s made over time than others. For example, our compiling test sees a relatively small jump from Zen to Zen+ and Zen 2 to Zen 3, but a huge improvement between the 2600X and 3600X. The same can be seen in Reality Capture, and is likely due to these programs using a combination of heavy and lightly threaded workloads. Metashape shows the same thing too. Howerver, heavily muti-threaded video transcoders like Handbrake show a more incremental and linear approach to overall performance improvements. Nevertheless, the differences from Zen 1 to Zen 3 are still pretty massive. Even when compared to the 2600X, moving up to the 5600X gives enough of a jump to make it worthwhile. Just remember that you will have to wait until next year for new BIOSes if you want to reuse your X470 or B450 motherboard.

As for video rendering, in a lot of situations GPUs have become a bottleneck but there is something important going on here too. If you are still on first generation Zen, moving up will be life changing. It seems like for these types of applications there is a point where memory bandwidth starts to matter in a big way, especially when it comes to quickly feeding the GPU with information and that is one area seriously lacking in the 1600X and other CPUs from that generation.

Moving on to gaming and this isn’t even close. If you are on a budget getting a 3600X or even a 3600 along with a B450 motherboard could be a really good option. But its also super hard not to recommend jumping onto the 5600X bandwagon since its literally light years ahead, provided you also have a GPU that can keep up with it. We can really see where AMD’s focus was for this generation, and its exactly what they needed not only against Intel but to separate themselves from previous Zen CPUs.

Power consumption of the overall system is also something that is super important when it comes to upgrading. The last thing anyone wants is to find out their power supply isn’t enough for their new components. For the most part the Zen has remained at pretty much the same power envelope since the first generation chips were released. This is mostly because the additional efficiency from new manufacturing processes has allowed AMD to do more at the same power rather than reducing consumption. On the other hand, if you want a new GPU to go with the processor upgrade, looking at changing the PSU might be a good idea depending on what your system is currently rocking.

To conclude, well… there isn’t all that much left to say since the results really do speak for themselves. However, the real question that everyone is probably asking themselves is if now is a good time to upgrade? Well that is a complicated questions, so let’s break it down a bit. If you are on a 1600X its pretty much a no-brainer that the 5600X and a brand new motherboard will provide huge performance gains, but upgrading will also come at a pretty big cost since you will need a new motherboard and probably a memory upgrade too. We have also seen that just upgrading the GPU on an older AMD system can work wonders, but there are limits to those benefits.

People rocking a 2600X will also see some impressive performance gains, but it isn’t one of those situations where you should rush out and buy one of these new Zen 3 CPUs. If your 2600X is hooked up to an X470 or B450, it will tide you over just fine until new BIOSes are available that allow for a drop-in 5600X upgrade. You could even grab a 3600X, pop it in now, and avoid the current stock situation altogether. That will also save you a few bucks to put towards something else.

Speaking of the 3600X, unless you are playing competitive online shooters at lower resolutions – where the 5600X could give you a competitive advantage – I would skip this new generation. Yes, the “gotta have it now” consumerism attitude could take over but try to fight it, that previous generation CPU is still amazing and it will keep you going for a few years at least!

Buy items in this article from Amazon at the links below: