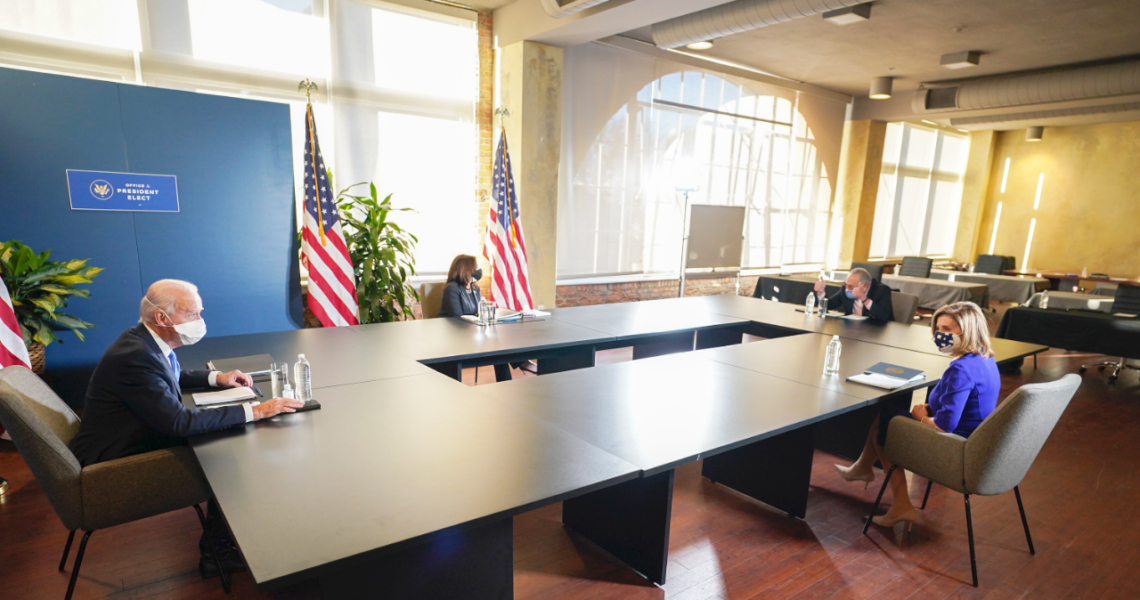 Americans are anxiously waiting to hear if they will receive a second round of stimulus checks as many are suffering due to the coronavirus-led economic crisis. Treasury Secretary Steven Mnuchin has a new proposal to immediately provide relief aid, while Nancy Pelosi has been discussing stimulus plans with Mitch McConnell, Joe Biden, Kamala Harris, and Chuck Schumer.

U.S. lawmakers have been actively discussing stimulus packages this past week with the aim to help Americans cope with the coronavirus-led economic crisis. A number of critical Covid-19 economic relief programs will expire at the end of this year.

On Friday, Treasury Secretary Steven Mnuchin and White House Chief of Staff Mark Meadows met with Republican congressional leaders to discuss stimulus support. “We are going to come up with a plan to sit down with Pelosi and Schumer and try to get a targeted bill done for the people that really need it. And hopefully, the Democrats will work with us,” Mnuchin said.

Before the presidential election, Mnuchin met with Pelosi almost daily to discuss stimulus terms but the two have yet to come to an agreement. The treasury secretary said in an interview on Thursday that lawmakers should redirect unspent stimulus funding, including money he’s pulling back from the Federal Reserve, to support the economy, elaborating:

I hope that Congress will seriously consider reallocating $580 billion of funds that have already been appropriated that wouldn’t cost taxpayers an additional penny.

McConnell supports Mnuchin’s proposal. He issued a statement Friday, confirming that Mnuchin’s actions “are fully aligned with the letter of the law and the intent of the Congress.” He emphasized that the money should be repurposed “toward the kinds of urgent, important, and targeted relief measures that Republicans have been trying to pass for months, but which Democrats have repeatedly blocked with all-or-nothing demands.”

Pelosi was in stimulus negotiations with McConnell and GOP leadership on Thursday but no agreement was reached on any coronavirus relief aid package. “That didn’t happen, but hopefully it will,” she said.

In addition, President-elect Joe Biden held his first in-person meeting since the presidential election with Pelosi, Senate Democratic leader Chuck Schumer, and Vice President-elect Kamala Harris on Friday. Biden is calling on Congress to approve the next stimulus package before he takes office on Jan. 20.

According to a readout of the meeting released by Biden’s team, the group “agreed that Congress needed to pass a bipartisan emergency aid package in the lame-duck session,” which is the period after the election day but before Congress adjourns for the year. The statement adds that the “package should include resources to fight the Covid-19 pandemic, relief for working families and small businesses, support for state and local governments trying to keep frontline workers on the payroll, expanded unemployment insurance, and affordable health care for millions of families.”

Biden has previously voiced his support for Pelosi’s Heroes Act, which includes a second round of direct payments to individuals. He said last week:

Right now, Congress should come together and pass a Covid relief package like the Heroes Act that the House passed six months ago.

Biden transition aide Jen Psaki said Biden, Pelosi, and Schumer had already begun working together on Covid-19 relief even before Friday’s meeting. “They’re in lockstep agreement that there needs to be emergency assistance and aid during the lame-duck session to help families, to help small businesses,” she described, adding: “There’s no more room for delay, and we need to move forward as quickly as possible.”

He added: “Every American needs healthcare as a human right. No one in America should go hungry or homeless. The do-nothing Senate must act.”

When do you think Americans will receive another stimulus check? Let us know in the comments section below.