On November 19, Hive.one, a project that maps the community clusters of Bitcoin and Ethereum social status using mathematics, announced the launch of a new algorithm version. Since the last time Hive.one published a list, social influencer scores and ranks changed and the creators believe the new scores “better reflect reality.”

Just recently Hive.one announced the launch of the project’s new algorithm (v 2.0) and said it was the “biggest change to the algorithm yet.” Hive.one characterizes itself as a platform that describes groups of people mathematically and the web portal showcases two lists of Bitcoin and Ethereum influencers. The lists are generated algorithmically using data from Twitter and it updates every 24 hours. Hive.one even created a Covid-19 list based on epidemiology-related Twitter influencers to help fight coronavirus misinformation. 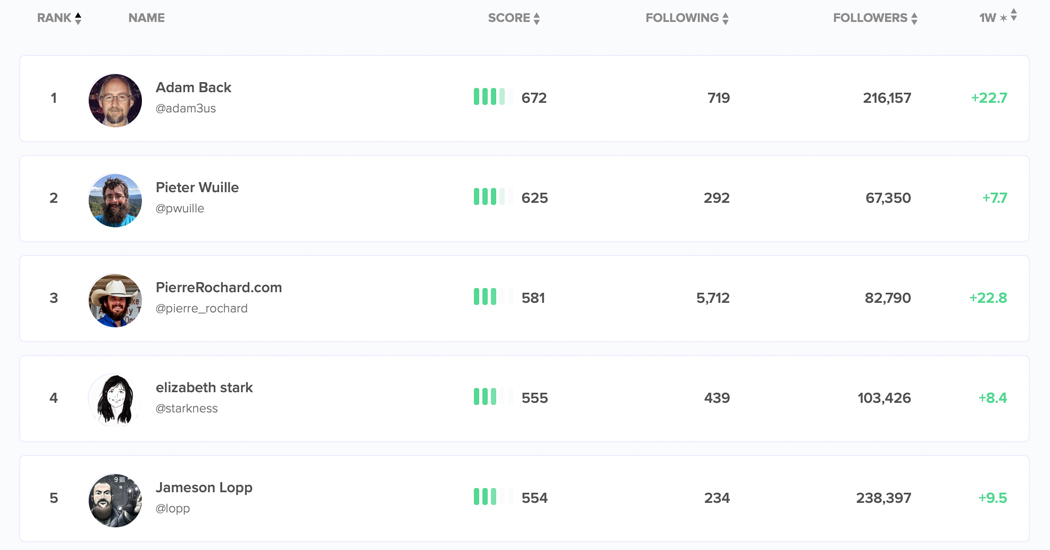 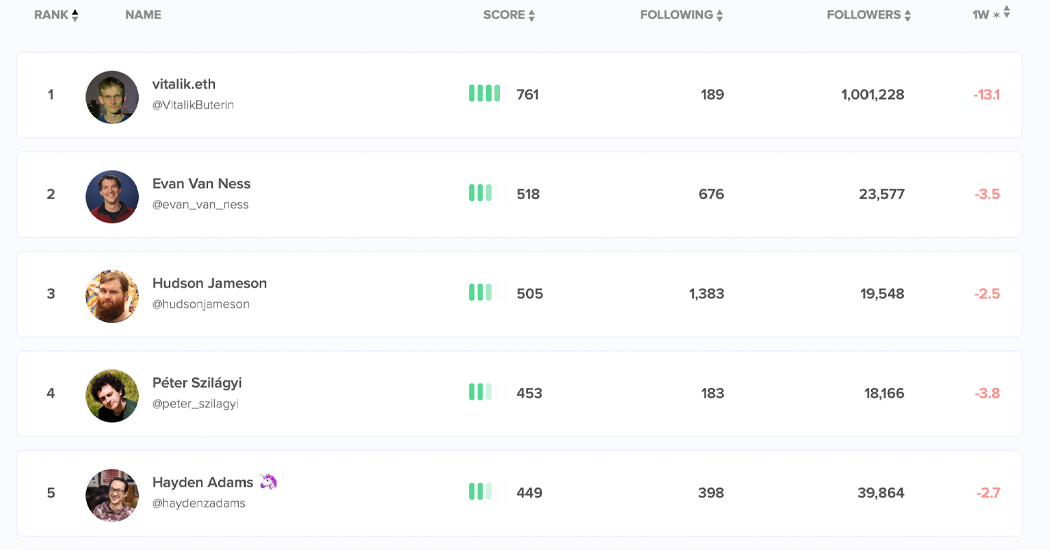 Hive.one says it only aggregates data from Twitter sources and the developers call the algorithm “Peoplerank.”

“I did a little bit of analysis on the [Hive.one] data to compare Layer 0 decentralization between BTC ETH,” Wall tweeted. “I figured the Gini coefficients of the influencer scores (top 50) would reveal the differences in influencer equality (which I bet has an impact on protocol consensus).”

This little test indicates that ETH has a slightly higher degree of Layer 0 (social layer) inequality. This could possibly be a result of [Vitalik Buterin] having a much stronger standing in ETH vs what [Adam Back] has in BTC, as the influencer scoring shows (but I’m not certain). This isn’t a complete picture of course— it’s more of an idea for a methodology I’d like to propose. Generally, I think Layer 0 centralization is one of [the] most important aspects of centralization, yet we rarely try to measure it.

Following Wall’s tweet, Hive.one responded to the analysis and said that there is “a lot more that can be done with our data and we encourage creating your own analysis.” Hive.one says that the new algorithm is also “much faster when it comes to identifying changes in the cluster.”

“The algorithm now has self-correcting mechanisms,” Hive.one explained in a tweet. “It can identify changes in the underlying structure of the cluster as they happen and adjust accordingly. This means that the scores should maintain a stable level of accuracy over time. The algorithm can now scale ‘up and down.’ We can map sub-clusters within each cluster as well as the super-cluster it belongs to. This means that given enough data and [computation] we could index the whole Twitter with its millions of clusters,” the Hive.one Twitter account added.

What do you think about Hive.one’s social ranking list from Twitter for Ethereum and Bitcoin influencers? Let us know what you think about this subject in the comments section below.