Report: 33% of US Based ICO Investors Say Founders Intentionally Deceived Them or Withheld Key Information

A survey conducted by Xangle Research finds that a third (33%) of respondents say founders of an initial coin offering (ICO) in which they invested either intentionally deceived them or withheld key information. A further 17% of the responding ICO investors say they did not know if they had been deceived. However, about half (50%) of the 600 U.S. investors that took part in the survey replied no when asked the same questions.

The survey, which sought to gauge investor sentiment in the aftermath of the 2017 ICO craze, also found that over half of the 33% who said yes think “the ICO project creators should be held criminally liable.” 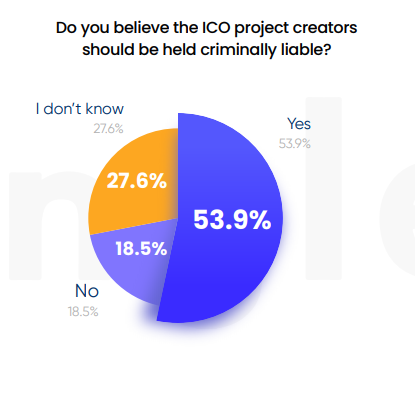 Commenting on these findings, the research firm says “these responses show a much bigger problem around transparency and information asymmetry.” Xangle Research adds that information asymmetry “leads to investor confusion about projects and the perception of being willingly deceived about the information made available.”

Still, in its summary, Xangle Research notes how the disparate investor experiences have had a bearing on how they perceive similar fundraising activities in the future. Explaining the divergent experiences, the survey summary says:

Some investors had a good experience, felt they had enough information and would do it again. Some investors would invest again, but felt like they didn’t know enough about the project, the technology, or how the ICO worked and would want to do more research before they invested again.

Still, other investors may have “unwittingly put their money into scam projects.” Such investors believe “they were deceived, defrauded, and would not invest in an ICO again.”

Lack of Awareness and Regulation Holding Back Cryptos

Meanwhile, the survey also sought opinions of respondents on “what they thought was holding the crypto market back based on their personal experiences with investing.” According to the findings, about 27.5% said a lack of awareness is holding back the market. About 24% of respondents believe the lack of regulation is hindering trust and growth. Next, respondents say the lack of security (20%), lack of transparency (14.5%) and the lack of use cases (12%) are the other significant factors holding back the crypto market. 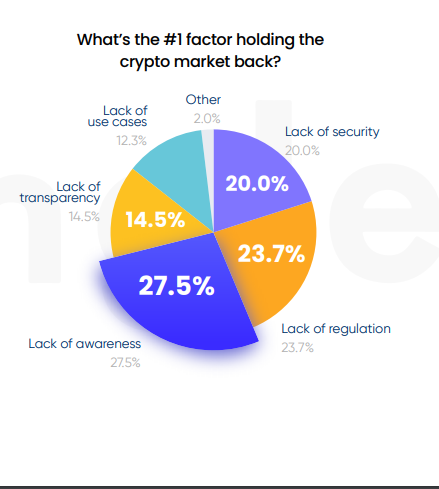 Based on these findings, Xangle Research ends by encouraging “serious crypto projects to start putting more information out about their projects, their founders, and their business model.”

In addition, the industry as well can “start normalizing that heightened flow of information out to the public, and can put pressure on exit scams, knowing that a few rogue start-ups are indeed ruining it for everyone else.”

Do you agree with the findings of this survey? Tell us what you think in the comments section below.

The post Report: 33% of US Based ICO Investors Say Founders Intentionally Deceived Them or Withheld Key Information appeared first on Bitcoin News.