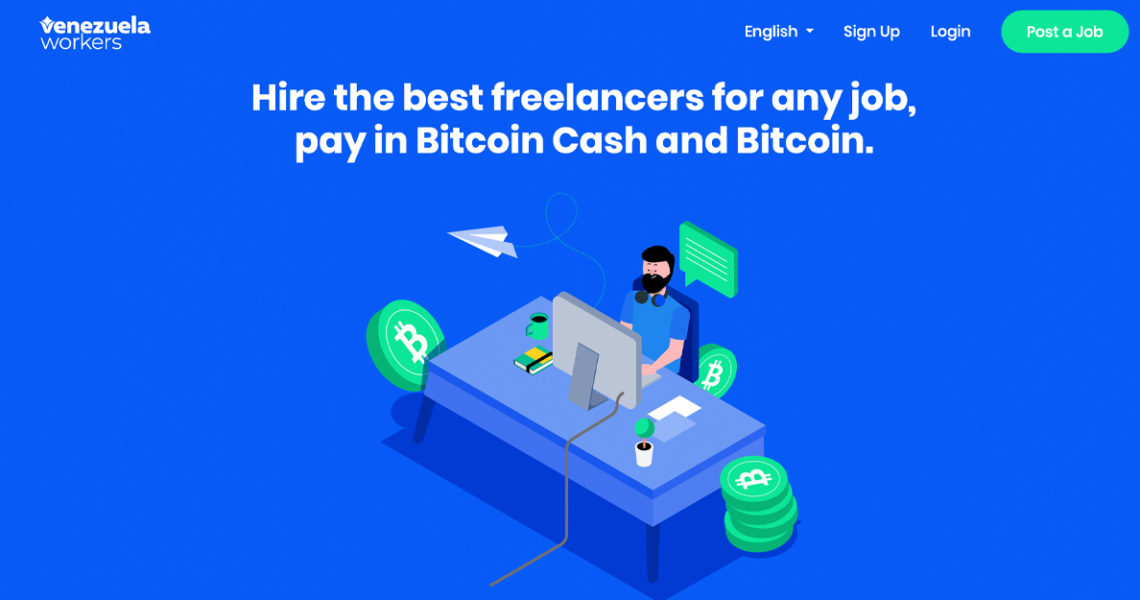 More cryptocurrency solutions keep appearing on the scene for Venezuelan residents as U.S. sanctions weigh on Nicolás Maduro’s government, including heavy restrictions on the circulation of foreign exchange transactions, driving people to find on crypto a way to circumvent such hurdles and the economic crisis.

Venezuela Workers, a Venezuelan freelancing platform, had emerged to connect local freelancers with global employers who are seeking to pursue some project or performing a specific task.

But the platform is the first-of-its-kind in the country, as all the payments are made via cryptocurrencies such as bitcoin (BTC) and bitcoin cash (BCH).

According to their website, the major purpose of launching this platform is to help Venezuelan freelancers to deal with the ongoing economic crisis, which has driven Venezuela’s national currency, bolivar, to have a strong depreciation since several years ago due to hyperinflation.

If a firm wants to hire a Venezuelan worker through Venezuela Workers, but they don’t have BTC or BCH to arrange the payment, the platform allows exchanging other cryptos through a third-party site.

Chainalysis: Venezuela Is an “Excellent Example” of Crypto Adoption

Venezuela is among the key players in the Latin American crypto industry in terms of adoption. A study published by Chainalysis on September 8, 2020, described the country as an “excellent example” of crypto adoption within emerging countries as a means to mitigate the economic crisis. They stated:

Venezuelan freelancers have also been facing additional struggles to handle crypto peer-to-peer (P2P) payments. Paxful announced the shutting down of its operations in Venezuela back on September 16, 2020, to comply with the U.S. economic sanctions against the Maduro administration.

According to the U.S. Treasury Department’s Office of Foreign Assets Control (OFAC) sanctions, U.S. citizens are prohibited from doing business with the Venezuelan government or government-owned businesses, among other restrictions.

What do you think about crypto-friendly freelancing platforms? Let us know in the comments section below.