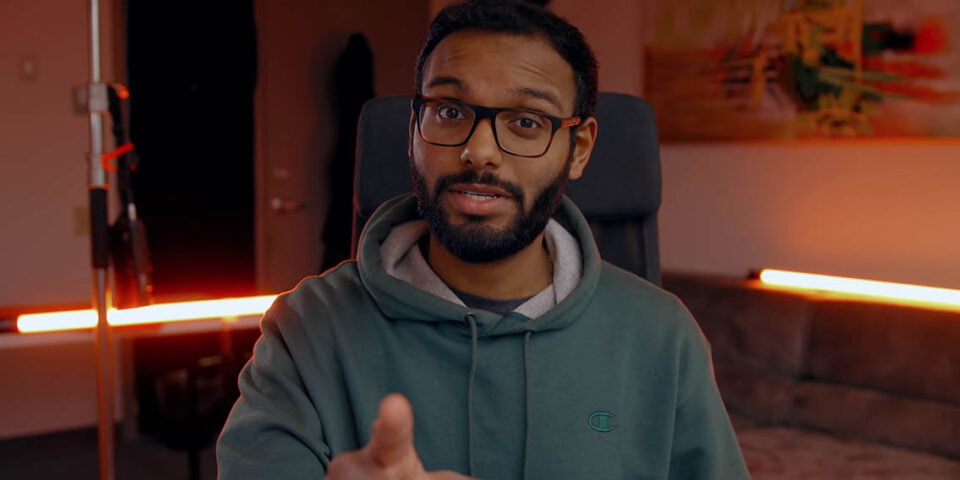 AMD just made an announcement, and it’s big one, proving that they just keep marching along and never miss a beat. It has been this way ever since Zen was launched, AMD has thrown a really constant 1-2 punch every year with a new architecture and desktop CPUs being launched in the summertime, and then new mobile processors being announced at CES. This year is no different, other than the fact that there is no CES. There is no denying that Zen 3 was a massive success on the desktop with the Ryzen 5000 series CPUs that had huge performance gains thanks 7nm process updates and architectural revisions. If you checked out our review the numbers really do speak for themselves. Those improvements are now making their way into laptops with today’s announcement of the new Ryzen 5000H and 5000U series mobile processors.

There is a lot of cool and exciting stuff around this launch, mostly because it looks like AMD has finally convinced laptop manufacturers to use their CPU’s in more designs and then pair them with the highest-end GPUs that are available in the market. Now competition is a good thing, and Intel hasn’t been just sitting on their butts either. Just yesterday they announced Tiger Lake H35 for ultraportable gaming laptops, and they also said an even more powerful version of Tiger Lake is going to be coming into higher-end laptops later this year so that should be really exciting as well. With all of this news, I’m going to dive in with a simple explanation of AMD’s new Ryzen 5000 series mobile CPU’s, what you can expect from them, their competition, as well as addressing some of our concerns as well, particularly with the Ryzen 5000U series.

Since you are all probably already familiar with the Zen 3 architecture, I won’t go into too much detail other than saying that it’s a huge step forward for AMD CPU’s. If you want to know more you can check out our in-depth architecture overview article right here, but either way it’s coming into laptops and that is a really big deal. That is mostly because AMD has reworked the architecture from top to bottom in order to target areas that matter a lot to efficient mobile devices. They have optimized power delivery, focused on delivering consistent clock, and they have also made sure that more performance could be delivered at a given TDP. What hasn’t really changed all that much is the platform, but I will get into that a little bit later.

Let’s dive right into the Ryzen 5000H series lineup, which is targeting more typical notebook form factors, which means you won’t really see them in the thin-and-light market. A quick summary before getting into the details is that all the CPUs will have the same core counts as before, and they will also operate at slightly higher configurable TDPs as the 4000H series. Basically, instead of 35W to 54W, we are talking about roughly 45W and higher though AMD isn’t saying what the maximum TDP is, but I guess we will have to figure that out for ourselves a little bit later. The HS-series CPUs are still around for thin-and-light performance laptops and are limited to 35W. They have higher sustained clock speeds, and of course they have all the Zen 3 improvements baked in, so a higher IPC, a lot better single thread performance, more cache, and a lot more. The interesting thing this time is that there is a bit of a log jam at the top of AMD’s lineup with four different Ryzen 9 CPUs and six different processors with 8 cores. This is all headlined by the Ryzen 9 5980HX, which boosts up to 4.8GHz with a base frequency of 3.3GHz. For reference, the 4900H was at 4.4GHz and 3.3GHz base, so it’s the same base frequency but with a 400MHz higher boost. And that translates into TDP of 45W and higher.

There is also a 5980HS which like all the HS-series CPUs is going to be treated as a special edition, reserved for select thinner and lighter laptops since it’s TDP is just 35W. If this thing is anything like the 4900HS it will be super rare, but I’m actually hoping to see this model available in more devices because the ASUS Zephyrus G14 really left a good impression on me. The 5900HX and 5900HS has pretty much mirror the 5980 CPUs and even operate at the same base frequency. The only difference is the maximum achievable boost speed, which gets a cut of 200MHz. The 8 core/16 thread Ryzen 7 5800H and with the 6 core/12 thread Ryzen 5 5600H are probably going to be the most popular CPUs in this lineup, and that is because both are more affordable options than the Ryzen 9, and they also get a frequency bump of 200MHz to 300MHz along with all the other Zen 3 goodness.

Performance isn’t something that AMD discussed a lot, but it’s pretty obvious that they are gunning for Intel’s flagship CPUs. They are showing the 35W Ryzen 9 5980HS spanking pretty much everything Intel has right now. However, looking at this it’s also pretty obvious that the new Tiger Lake H35 series is laser targeted at taking down the Ryzen HS. It should be really super interesting to see how that battle goes. As for the HX-series, well there is one little thing that was a bit buried in their presentation, and that is that unlike the 4000H series this one will allow laptop manufacturers to offer overclocking or undervolting on their designs. That is actually really exciting.

Now when you look at performance, it shows AMD leading the pack everywhere, at least until Intel launches their higher-end Tiger Lake H45 series sometime later this year. It isn’t even close since Zen 3 is competing against an i9-10980HK that has an architecture that is pretty much half a decade old. This is probably why Intel has been so focused on bringing Tiger Lake to a point where they can release an 8 core/16 thread version of it for laptops.

Before I get into the low power U-series, this is where things are going to get a little confusing so just bear with us for a second. You see it’s no secret that AMD has been struggling to produce enough CPUs, GPUs, and console SOC to meet the demand, and as a result they have actually decided to slow their transition to Zen 3 with 5000U series. While all of the H-series CPUs get the Zen 3 architecture, the U-series is kind of all over the place. The Ryzen 7 5800U and Ryzen 5600U are moving to Zen 3, but the 5700U, 5500U, and 5300U carry over the same Zen 2 architecture as their 4000U brothers. That means they don’t get all the benefits of the new architecture, but AMD is still adding some things to spice them up.

These models will get generally higher clock speeds and have SMT turned on, which means more processing threads. And personally, I think this is a bit of a double-edged sword since the 4700U and 4500U were awesome CPUs since physical cores perform a lot better than simulated threads, but I guess AMD needed to do something here. Also make no mistake, the lack of Zen 3 will be a major disadvantage for these processors. You can see how this translates to the official U-series lineup with the 5800U being Zen 3 and the 5700U sitting around Zen 2. Even though it has the same number of threads and pretty similar clock speeds on paper, the 5700U will be really far behind on performance. The same goes for the other CPUs. While I understand why this is happening, it’s actually pretty sad to see only two of these CPUs feature AMD’s the latest architecture. Having an 8 core/8 thread Zen 3 CPU would have been a dream come true for a mid-tier thin-and-light laptop. I guess that’s just not going to happen this time.

The performance of the 5800U is really impressive to see versus the previous generation and Intel’s Tiger Lake i7-1165G7. The only place where it falls behind is in lightly threaded office applications, and that actually aligns perfectly with what we have been seeing with testing. The problem is that you can directly see what is happening when some CPUs are using an older architecture, despite their higher frequencies. While the 5600U and 5800U show massively better performance in single-threaded apps, the others simply don’t. On the other hand, adding more processing threads causes raw multithreaded performance to increase as well. Moving from a native 8 core design to 8 threads through SMT doesn’t lead to a twofold performance increase, it’s actually not even close. Getting 8 threads on a budget CPU like the 5300U is nice, but it’s impact isn’t as big as you might think especially in real-world applications.

Another concern for AMD has to be their integrated GPU situation, especially when it comes to the U-series, which won’t typically be paired with a discrete card. Intel’s Tiger Lake has a pretty impressive graphics backbone with the XE graphics, and we have already seen its capability to either match or beat the integrated Vega GPU in the 4000U series. While AMD hasn’t confirmed this, if rumors are right the 5000U series uses Vega instead of RDNA so they will be fighting an uphill battle, especially when it comes to accelerated encoding and decoding tasks. Like it or not, content creation has become part of everyone’s lives, and a lot of those apps have transitioned to GPU acceleration. AMD really needs to step up their game here. I guess this pretty much wraps up this overview. and I honestly can’t wait to see how these announcements translate into real products a bit later this year with new laptops being released around the late February to March timeframe. While Intel’s announcement showed that competition is coming back, AMD just hit back really hard this time and if it can improve availability as well I think 2021 is going to be an awesome year for laptops.