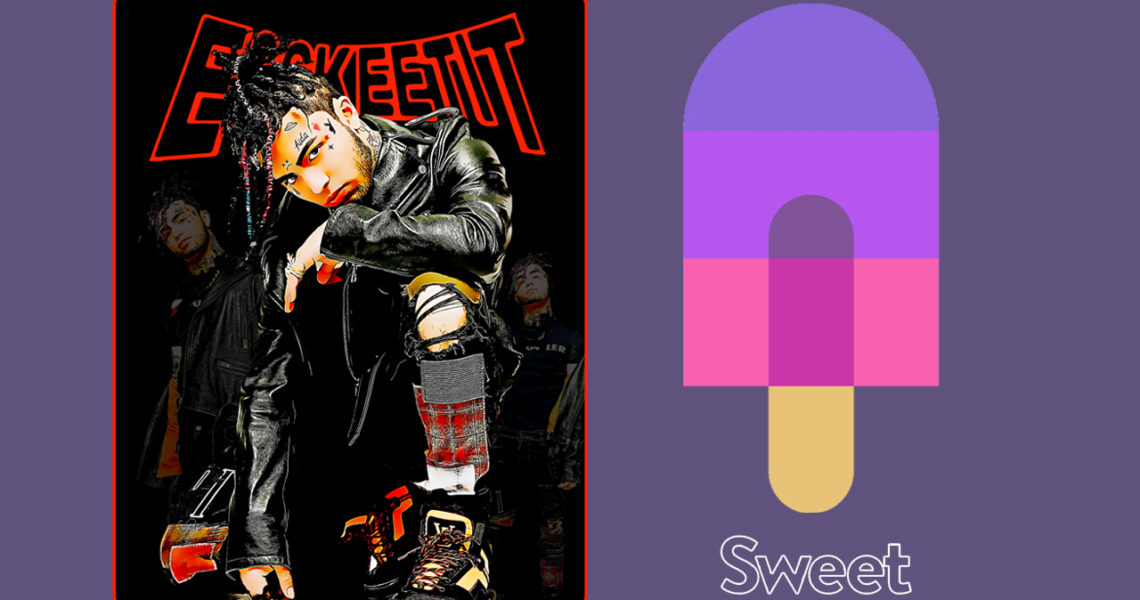 The multi-platinum-selling hip-hop recording artist, Gazzy Garcia, known professionally as Lil Pump has jumped into the non-fungible token (NFT) assets game by partnering with the company Sweet. Lil Pump got mainstream recognition back in 2017 with the hit single “Gucci Gang” and the single was certified five-times platinum by the RIAA.

Since then he’s released the albums like the self-titled “Lil Pump” and the record “Harverd Dropout.” On Wednesday, Lil Pump detailed that he’s collaborated with Sweet, a scalable NFT platform dedicated to the top music, entertainment, and consumer brands.

According to the recent announcement, the hip-hop artist is dropping three unique NFT collectibles and one of the tokens is considered a one-of-a-kind digital jewelry concept.

“The 3-piece collection features a 500-piece giveaway to fans, an affordable and exclusive collectible card with a limited 2,000 piece inventory, and the uber-rare capstone “Esskeetit Diamond VVS” NFT for the true connoisseur,” the announcement details.

Two of the Lil Pump NFTs have been released on Wednesday, and fans of the artist can obtain the “Esskeetit Card” and the “Lil Pump Artist Card V1” via the Sweet platform. The rare “Esskeetit Diamond VVS” NFT claims to tether the non-fungible token asset to a piece of one of the American rapper’s multi-million dollar jewelry collection.

The announcement further says that Lil Pump has minted five “Esskeetit Diamond VVS” NFTs in total. Each digital jewelry NFT can be bought with bitcoin (BTC), ethereum (ETH), bitcoin cash (BCH), or even a credit card.

The digital jewelry NFTs will be available in a secure fashion on a “first-come-first-served basis,” according to the Sweet and Lil Pump collaboration announcement. “This is the future. Now you can live like me and own a rare NFT collectible of one of my favorite chains,” Lil Pump commented.

Mizzone emphasized that the team is pleased to be working with the recording artist and Lil Pump has plans to drop more NFTs.

“We are thrilled to be the ones giving Lil Pump fans and global collectors a new way to own exclusive digital goods,” Mizzone added. “This is the first of multiple drops we will be doing with Pump.”

During the last few months, numerous celebrities and musicians have been getting into the NFT space including actress Lindsay Lohan, 76ers owner Michael Rubin, Justin Roiland, the co-creator of “Rick and Morty,” Youtuber Logan Paul, Swish DJ Alesso, and Linkin Park’s Mike Shinoda.

Even the world-famous gamer and Youtuber, Pewdiepie has been involved in the NFT space with skins in the 3D augmented reality video game Wallem.