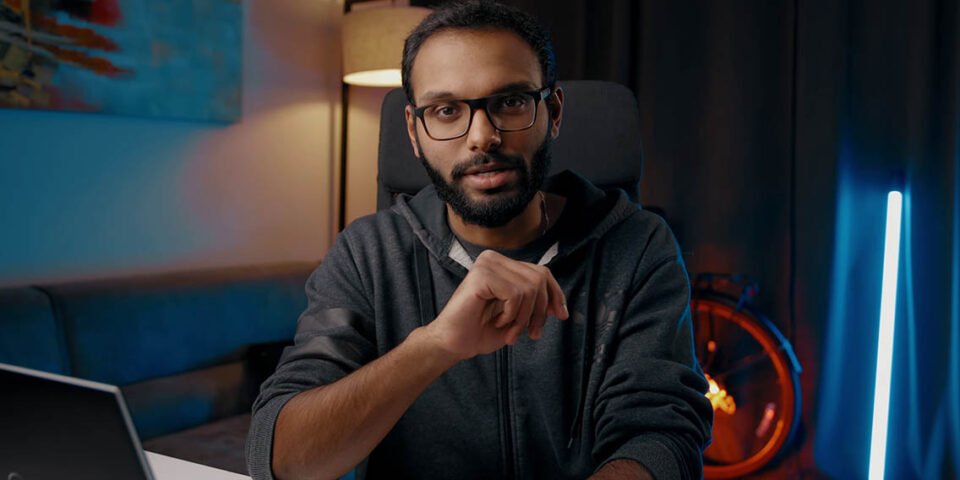 We have been hearing about a lot of new processors that are going to be coming out in the next few months. While I have already covered all of the AMD goodness that was showcased at their virtual CES show, Intel actually told us a little bit about their desktop CPUs. In this article I’m going to be focusing on what you can expect with Rocket Lake-S, like the upcoming Core i9-11900K and the Z590 motherboards. Now those two components make up a platform that is supposed to go up against the best that AMD has to offer, but that might be a huge challenge for a few reasons.

2021 is supposed to be the year that Team Blue puts the pedal to the metal and at least tries to match Ryzen and Zen 3. The last time we actually heard from Intel was when they were talking about the Golden Cove CPU architecture, Alder Lake, and some more. Based on what we have seen so far Intel is actually still looking at past technologies to prop themselves up, especially on the desktop side. Now some people say that sometimes you need to take a step backwards in order to move forwards, but I still think that AMD’s lead in the desktop market will remain. As for Rocket Lake, there is only a slow trickle of information about these new CPU’s because they are just giving a little bit of details here and there. Basically it’s like a trail of breadcrumbs from Intel just to keep people talking about them, because AMD is killing the news cycle right now.

Let’s go over a little refresh about all these Intel names and how Rocket Lake was created. Back in 2019 Intel launched Ice Lake, which used the Sunny Cove architecture along with the updated Gen11 graphics. Intel is taking that core design, keeping it around with some modifications and calling it Cypress Cove. Intel’s current generation Tiger Lake CPU’s use the more advanced and optimized Willow Cove cores, but that was rolled out a bit too late to include in Rocket Lake. Instead, Intel is bringing over their new XE graphics engine to the desktop parts. And there you have it folks, Rocket Lake is a combination of 2-year-old CPU cores and the newest generation GPU architecture.

Now the move away from the SkyLake architecture is huge news, but we have to remember that Sunny Cove was a major failure for Intel, because of it Ice Lake CPUs were super late and when they finally shipped they were inferior to the previous generation, other than having superior graphics performance. They were hot, power hungry, and didn’t like higher clock speeds without major increase in transistor leakage. In order to compete with Zen 3 Intel needed super high frequencies.

Late last year Intel launched a much better architecture with Willow Cove, which is better in every way because it has improved IPC, clock speeds, performance-per-watt, graphics, you name it. More importantly, it hits much higher sustained all-core frequencies at lower voltages, but for the time being you won’t see that on the desktop CPU’s… at least not in a while. Now at this point you might remember that Ice Lake and Tiger Lake were all based on a 10nm process, but that is not happening with Rocket Lake. Intel took that architecture and backported it to their 14nm+++++ node. I could go forever talking about why this might be, but it’s pretty obvious that Intel’s new 10nm SuperFin isn’t ready for desktop CPU’s yet. Sticking to 14nm might end up being a bit of a blessing since it’s a tried and true manufacturing process and this could all mean good availability from Day 1. However, then again you can’t really tell with these things.

That all leads us to the Core i9-11900K, which is the flagship CPU in Intel’s desktop lineup, but it maxes out at just 8 cores and 16 threads. That is obviously a step backwards, considering that the Core i9-10900K came at 10 cores and 20 threads. It’s pretty obvious that this decision was made to keep temperatures and power in check. Even then this CPU is going to have an official TDP of 125W, but the short duration Power Limit 2 (PL2) target is going to hit 250W for sure. With that being said, some of the features of this new platform and CPU are pretty interesting, but let’s focus on the processor first. Like I said, the Core i9-11900K will get 8 cores and 16 threads along with a single core frequency of up to 5.3GHz through Intel’s Thermal Velocity Boost algorithm. The all-core turbo frequency should hit around 4.8GHz under optimal conditions. The official supported memory speed has also been bumped up to DDR4-3200.

Overall, the architecture change leads to a 19% improvement in IPC versus the Comet Lake-S i9-10900K, but take that number with a huge grain of salt since it’s really application dependent. In terms of actual performance Intel didn’t really say all that much, other than to show a few carefully chosen gaming benchmarks against the Ryzen 9 5900X. Personally, I think this means the two CPU’s are going to be evenly matched in gaming, but performance in many other high level applications will be clearly in AMD’s favor due to the core counts. I think that is going to continue to be a challenge for Intel, a challenge they have been more than willing to throw some creative marketing towards.

I can’t wait to see if Rocket Lake is going to get Intel’s real world performance marketing spin like their laptop CPU’s did. I mean with everyday devices it just makes sense to use apps like Excel, Word, and even browsing for benchmarks, but people buying higher-end CPU’s just don’t care about those tasks. Even a basic CPU will take care of those programs without missing a beat, but enthusiasts who are spending $400 or more on a single component care about things like gaming, blazing through creative workloads, compiling code, processing effects, editing high resolution photos, and for most of that the number of cores actually matters big time. Moving backwards to 8 cores leaves Intel’s lineup in a pretty bad place for professional use cases especially. They used to fall back to the HDT X299 platform for higher core count CPU’s, but that has pretty much been abandoned and with good reasons since AMD can put out a lot more cores at a much lower price than Intel can.

So is Intel totally screwed? Well, not really. You see I think the most interesting addition to Rocket Lake is the new XE graphics architecture and updated QuickSync media engine. Yes, I know this doesn’t mean much for a lot of folks since integrated graphics on higher-end CPU’s is just completely pointless for them. However, for content creators and streamers using specific programs like Adobe Premiere or OBS it’s actually huge news. Now they will have better overall performance along with native support for 4K 10-bit 4:2:0 video encoding. QuickSync is always enabled now as well, so no more fiddling around the BIOS for those huge performance boosts when running parallel, decode, and encode on integrated and discrete graphics. This might end up being one of Intel’s biggest advantages over AMD in 2021, since even their APUs will be stuck with Vega graphics.

On the platform side, Rocket Lake-S will be compatible with existing 400 series motherboards, and it will offer up to 20 PCIe Gen4 lanes with 16 lanes for the GPU and 4 lanes for NVMe provided the motherboard actually supports it. That support is a big question mark, since we still don’t know how well the Z490 series will support this larger feature set. Intel will also be rolling out new 500 series chipsets that we will have native USB 3.2 Gen2x2 20Gbps, and a bunch of other features. That is a relief since we have experienced a ton of issues with third-party USB 3.2 Gen2x2 controllers. As for the rest of the platform, right now we know that there are 20 PCIe Gen4 lanes from Rocket Lake CPU itself, while AMD has 24. But remember that on Ryzen systems, 4 of those lanes are reserved for communications between the processor and the chipset. Meanwhile for their CPU to PCH communications Intel is using an updated DMI Link with double the bandwidth of the previous generation.

The big question Mark was what kind of capabilities do the 500 series chipsets bring to the table? Some of that was answered by all the motherboards that were revealed yesterday. In many ways, Z590 is basically a rehash of Z490 since the PCH is still runs PCIe Gen3 lanes whereas the CPU supplies the PCIe Gen4 capabilities. However, it does come with native Thunderbolt 4 and 20Gbps USB support built right into the chipset there is no need for secondary controllers. It seems like a good all around platform, finally combining PCIe Gen4 with next-gen connectivity protocols.

Hopefully all of this will lead to Intel having a much more competitive desktop lineup in 2021 and beyond, but there is still a lot of concerns here. First of all, reverting back to 8 cores is a pretty big loss, at least from a marketing standpoint, because when your competitor is able to offer 12 or even 16 cores within the same power envelope your value proposition is a huge question mark. Pricing is another thing that needs to be considered, especially with AMD’s 8-core/16-thread 5800X sitting around $450 USD… provided you can actually find one. I think this time around Intel needs to be really aggressive, and I know they hate looking like the budget-friendly option but that might be the only way to get their desktop lineup moving forward. Now I think price might not actually be the winning factor this year, it may be the company that actually has stock of their products that will win in the end regardless of their price.

At this point it doesn’t really matter what side you are on, because as you all know competition is a really good thing, and with AMD just struggling to create enough Ryzen 5000 series CPU’s, the door is wide open for Intel to use their existing 14nm process to just claw back some of that market share. Will it happen? I don’t really know that is why the rest of 2021 is going to be an interesting year. Let us know what you think about Rocket Lake, and whether you are interested in what Team Blue has to offer.