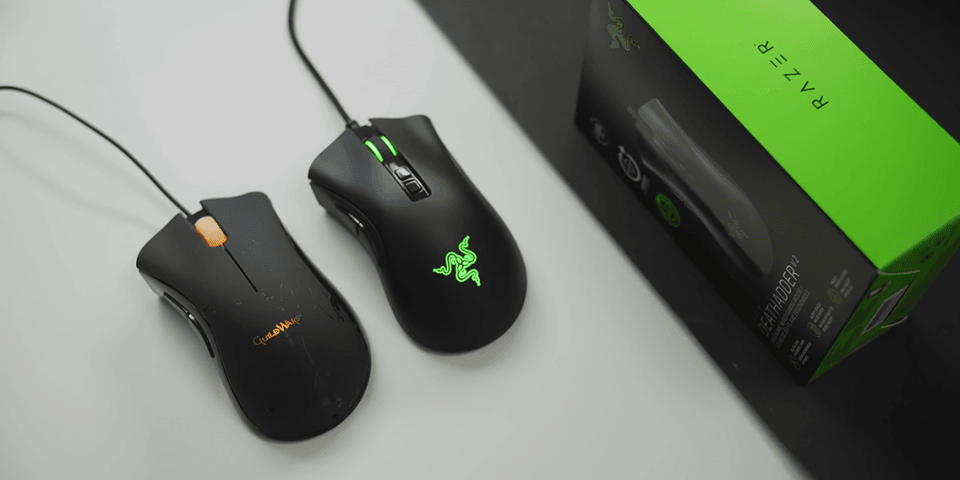 The Razer DeathAdder is one of the most iconic gaming mice ever. It first came out in 2006, and the most interesting thing about its evolution are all the drastic weight cut and technical upgrades that the mouse has received, but also the shape of the latest 2020 release is unmistakenbly a DeathAdder. It’s a V2 and it’s damn good one.

It’s really the shape that makes this mouse so special even after 14 plus years, because it’s comfortable for so many, it fits all types of grip styles, and even though our options today have grown many fold the DeathAdder is one of a kind. They really fun part of comparing the original versus what we have now is basically seeing how small details in gaming mice have been perfected over the last 14 years, but in reality seeing all the major changes really come into effect over the last a year or so. 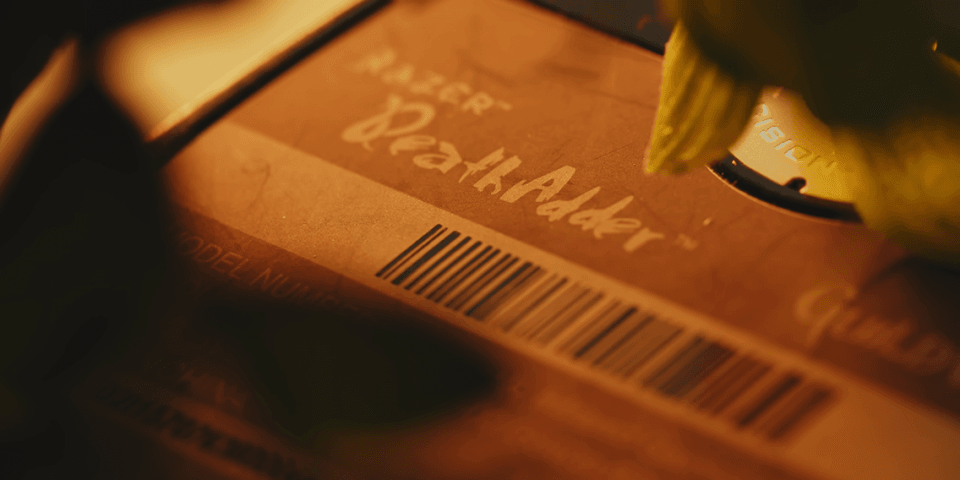 What has really changed lately is better cables, better feet, better lightweight shells, better sensors, and implementations that actually matter to human response and not just being technically better for the sake of bigger numbers. And so in this article I want to talk about what made the DeathAdder so special, compare the original to the V2, and discuss whether or not the V2 is competitive in the 2020 context.

This is the new DeathAdder V2, a $69 mouse that is perfect for the mainstream in 2020. First of all, it’s almost half the weight of the original, and I’m kind of glad they didn’t reduce the weight any further because the DeathAdder is a pretty large mouse and anything lighter would just feel weird. While the DeathAdder GuildWars edition from 2007 is a heavyweight in comparison it still has that legit comfortable shape.

The DeathAdder is for right-hand use only and it’s almost approaching that ergonomic shape, but with a precise curvature to support a wide range of hand sizes and grip styles. The finger groove on the right click is perfect, and the flaring at the front is just right to separate your ring and pinky fingers. It is a slightly taller body that I’m used to, but for my large hand it’s an extremely easy mouse to adjust to after using much smaller mice as my mains, like the Cooler Master MM711 or the Logitech G503.

The body width has been reduced by a few millimeters from the original, but the main core shape has stayed the same. The surface coating has improved to include the rubberized texture on the side grips versus the glossy sides on the original. I am quite impressed at the state of the matte rubberized coating on this Guild Wars edition mouse after more than a decade of use. I’m actually hoping for a return to this dual-tone color variation in future mice because the plain black is just getting bland. I get that RGB customization is here, but I wish that Razer would have a bit more fun with textures and colors.

The V2 also has some of the best mice switches around thanks to its optical switches, so debounce delay is nonexistent and the 70 million clicks lifespan will outlive the 2-year warranty. They sound better, they feel better, and it’s exactly what you would expect in 2020. By the way, those side browser buttons are still quite chunky, and there is a similar profile or DPI switch at the bottom, and two additional buttons behind the scroll wheel on the V2.

Perhaps the only other similar element between the original and the V2 would is the scroll wheel. Of course the design is different and the V2 has more tactility and control, but they feel very alike with light scroll steps, excellent middle click, and a super low profile. 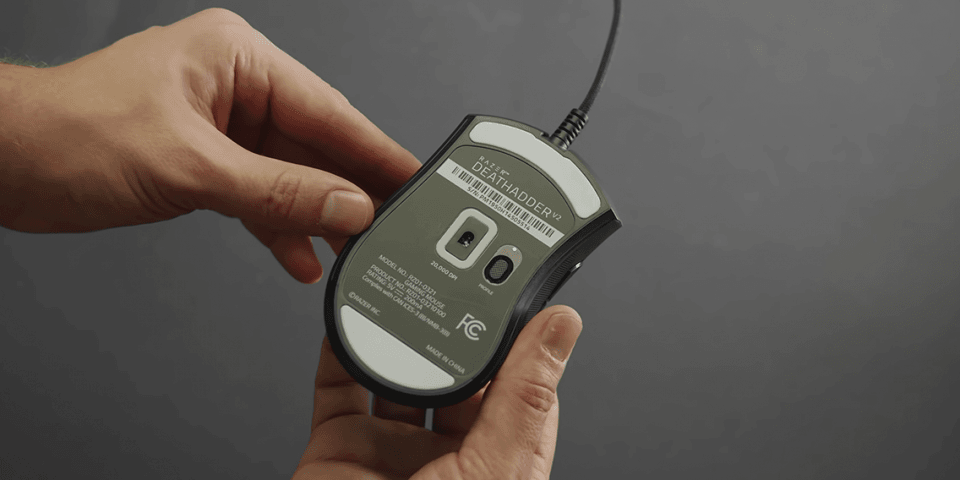 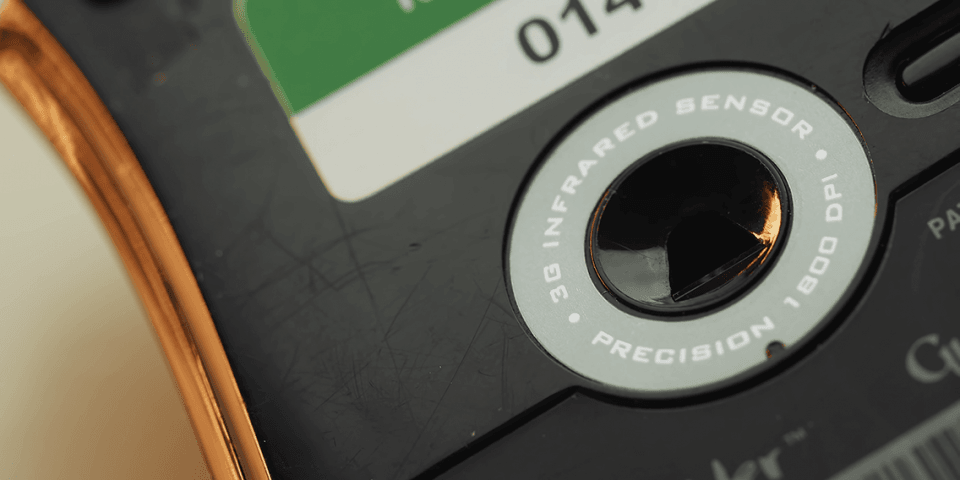 The sensor on the V2 is best in the class, it’s a true 20,000 DPI Focus+ optical sensor with smart lift off distance adjustment and handy surface calibration. It’s a lot more accurate compared to the 1,800 DPI 3G infrared sensor on the original. Sensitivity wise it looks like we have increased 20X, but in reality that is just the technical specification because literally nobody plays at 20,000 DPI. Nevertheless, it does show the technological leap we have experienced in terms of sensor performance, and while instruments can measure 20,000 DPI precision, but humans can’t.

Lastly, the cable and mouse feet are probably two of the most important upgrades on the V2 versus the original. The cable is flexible, it’s light, it doesn’t kink, but I will say that thin rubber cable on the 2007 mouse is still in such a great shape and we are actually seeing the return of this type of cable on budget mice. While the new PTFE feet are more of a response to gamers modding their mice for better glide, the inclusion of such feature is just a nice value-add on the V2.

I have been using the DeathAdder V2 as my main desktop mouse for the past week, and while this is my first DeathAdder I can see why people like it. The shape literally fits me perfectly and all the technical and ergonomic upgrades in the body create a device that is competitive in 2020. In the past 12 months we have seen so many amazing gaming mice launched, including the ergonomic XTRFY M4, the light and small MM711, the comfortable Glorious model D that is a direct competitor to the V2, Razer’s own awesome Viper collection, and the fruitful Basilisk lineup too. This makes the DeathAdder V2 a bit less important and significant in terms of competition, but still somewhat ahead of the curve. I would say Razer has been such a good player in the mice space in terms of improvement and pushing certain things forward that they are ahead of SteelSeries in many ways and even in some aspects ahead of Logitech. 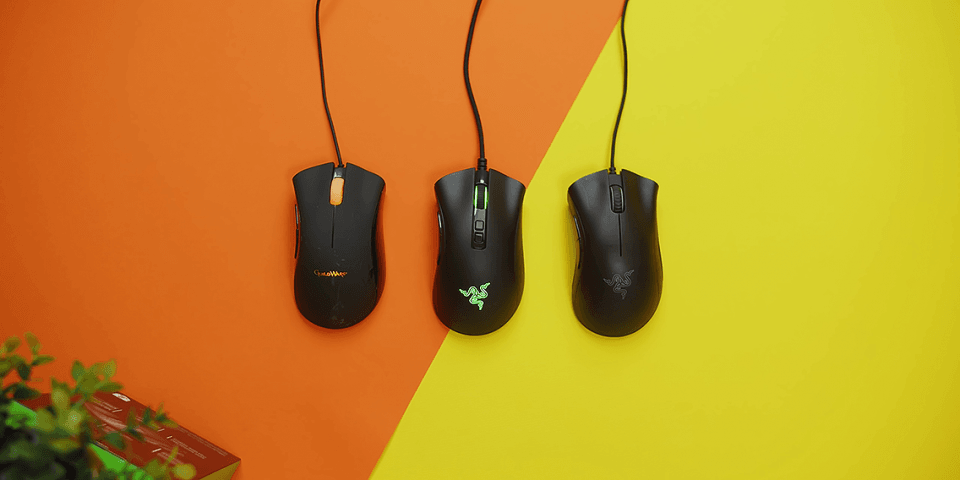 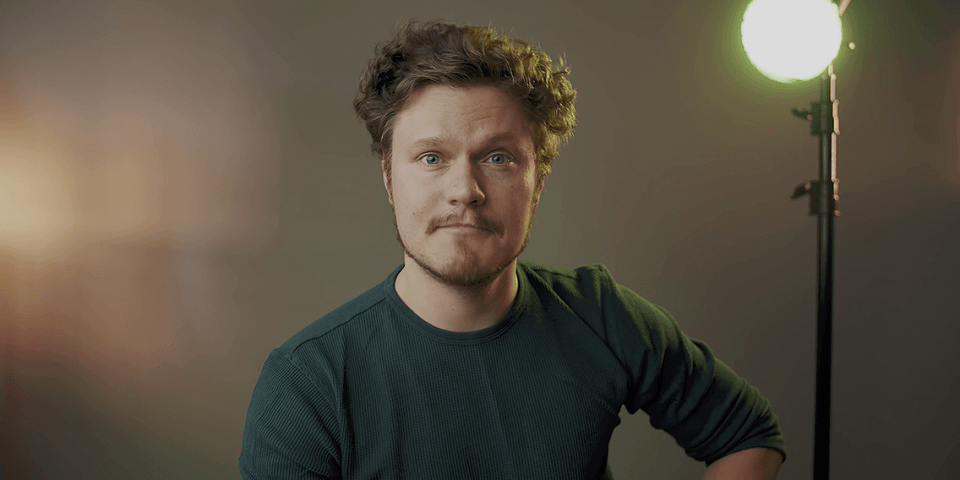 Overall, the legendary DeathAdder shape is what people love and will come back to, and that is why the V2 is still quite important in 2020. I would love to hear if you have your own DeathAdder story, if you have been using one for a while, or maybe you are still using the original model. Using the DeathAdder V2 took just a little bit of an adjustment for me going from my MM711 to the V2, which is slightly bigger and a bit chunkier and heavier, but after 5 hours it was super comfortable.