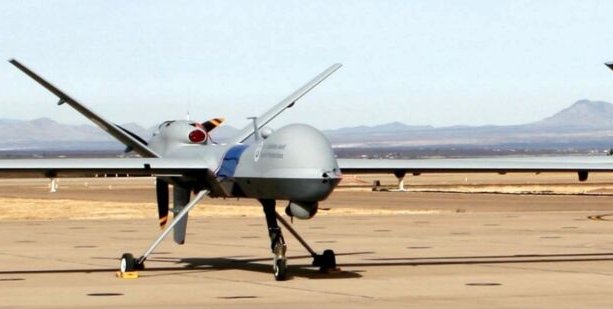 Thousands of people took to the streets of Minneapolis on Friday to protest the death of George Floyd, a local black man who died after a white police officer knelt on his neck during an arrest. All the while, a Customs and Border Patrol drone kept a careful eye on the unfolding unrest.

The drone, using the tracking signal CBP104, took off from Grand Forks Airforce Base at 9:08 am Central Daylight Time and shortly afterward headed directly to Minneapolis, this feed from live flight tracking service FlightAware showed. The drone then circled the city six times from about 10:45 until noon. The aircraft maintained an altitude of about 20,000 feet.

Grand Forks AFB is the home of the Air Force’s 319th Reconnaissance Wing. It is also a site Customs and Border Patrol personnel use for takeoff and landing of the Predator B unmanned aircraft system. CBP uses the drone in anti-terrorism operations by helping to identify and intercept potential terrorists and illegal cross-border activity.

The Border Patrol deployed the drone less than 12 hours after President Trump labeled the Minneapolis protestors “thugs” and pledged military support to counter them: 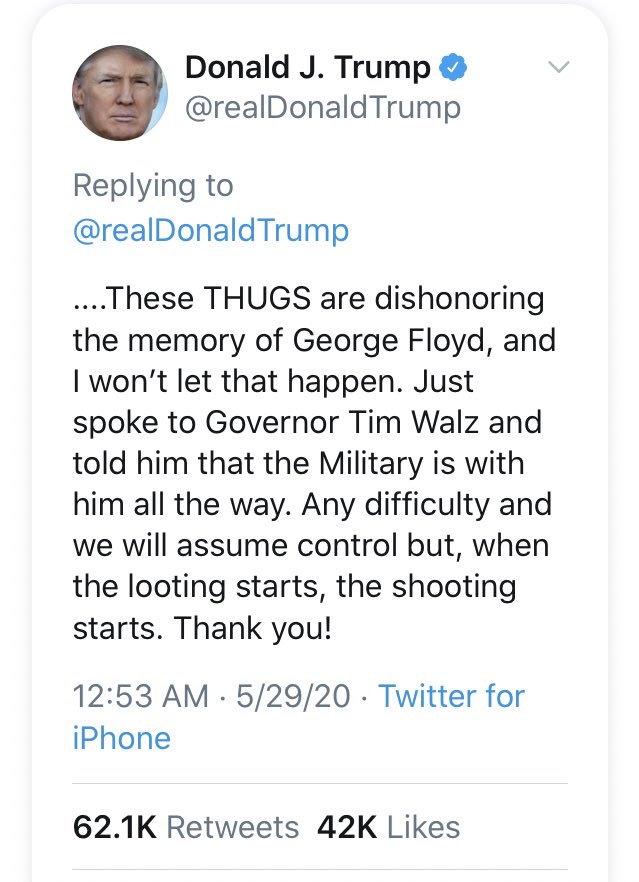 In a statement sent after this post when live, CBP officials wrote:

After arriving into the Minneapolis airspace, the requesting agency determined that the aircraft was no longer needed for operational awareness and departed back to Grand Forks.

AMO carries out its mission nationwide, not just at the border, consistent with federal laws and policies. During humanitarian missions AMO regularly deploys the unmanned aircraft system to assist FEMA in assessing hurricane affected areas, in coordination with the National Weather Service to capture imagery of storm impacted areas, and with federal, state and local partners to conduct search and rescue missions, in addition to its law enforcement mission.

The Minneapolis protests come after video footage emerged earlier this week of white Minneapolis Police Department officer Derek Chauvin earlier kneeling on Floyd’s neck while he was handcuffed and on the ground. Floyd can be seen gradually becoming motionless as Chauvin and three other officers ignore bystanders’ shouts to stop. People in Minneapolis and cities across the US have taken to the streets to protest the violence in the four days that have passed.

Chauvin was arrested on Friday and charged with third-degree murder and homicide, the Associated Press reported. Hennepin County Attorney Mike Freeman said an investigation continues into the three other officers. All four have been fired.

As reported earlier by Motherboard CBP104 is the unmanned aircraft captured in 2012 flight logs spotted by the Electronic Frontier Foundation. The logs showed the done activities including the capture of synthetic-aperture radar imagery and video to aid in surveilling and arresting cannabis growing operations and methamphetamine labs. In one case, the drone repeatedly circled and fed video in real time to police until all lab suspects have been captured.

Below, you can see a video outlining the drone’s flight track.