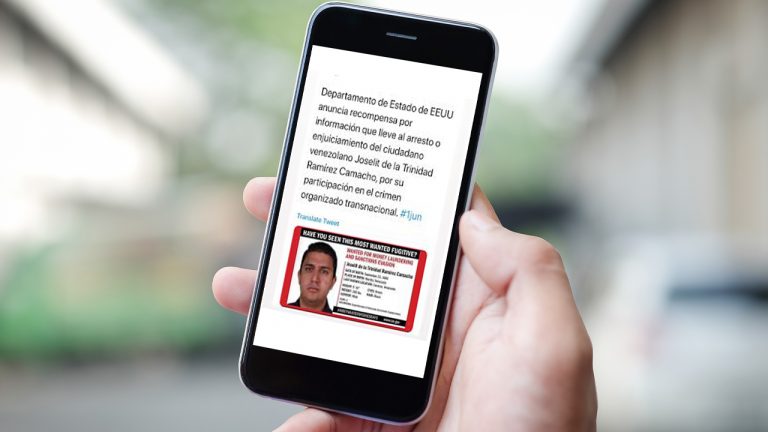 U.S. Immigration and Customs Enforcement’s (ICE) and Homeland Security Investigations (HSI), has put out a bounty for $5 million for the arrest and conviction of Venezuela’s superintendent of cryptocurrency. Joselit de la Trinidad Ramirez Camacho is now added to America’s Most Wanted List, as he is accused of transgressing against U.S. sanctions and working with drug cartels. Reportedly, the Venezuelan Petro crypto asset is all part of Nicolas Maduro’s and Camacho’s scheme to avoid economic sanctions imposed by the American government.

ICE and Homeland Security Put Up a Bounty for $5 Million for the Capture of Ramirez Camacho, the Venezuelan Superintendent of Cryptocurrencies

On June 1, 2020, ICE and HSI published a press release concerning the Venezuelan government official Ramirez Camacho. The two government entities based out of New York are offering $5 million for the arrest and capture of Camacho or information leading to his whereabouts.

The investigation is being conducted by HSI New York’s El Dorado Financial Crimes Task Force and Camacho is accused of “deep political, social and economic ties to multiple alleged narcotics kingpins, including Tareck EI Aissami.” Camacho was indicted for violations of sanctions imposed under the International Emergency Economic Powers Act and the charges were imposed by New York’s Southern District court (NYSD).

“Through the rewards program, up to $5 million is being offered for information leading to the arrest or conviction of Joselit de la Trinidad Ramirez Camacho, a Venezuelan government official,” explains the ICE and HSI press release. “Ramirez Camacho currently serves as Venezuela’s superintendent of cryptocurrency and has been indicted in the Southern District of New York for violations of the International Emergency Economic Powers Act, the Kingpin Act, and other sanctions imposed by the U.S. Treasury Department’s Office of Foreign Asset Control (OFAC).”

Petro Acceptance Is Now Mandated at All Gas Stations in Venezuela

Being the Venezuelan superintendent of cryptocurrency, Camacho is behind the petro crypto created by the nation-state and President Nicolas Maduro. Allegedly, U.S. law enforcement says that Camacho made plans with an American and opened a shell company based in Turkey.

Camacho and the American used a bank in Turkey and also leveraged the shell firm to evade U.S. sanctions. Furthermore, Camacho and the crypto entity from Venezuela published a blog post that explains to Venezuelans residents that petro acceptance is now mandated at petrol (gas) stations.

In addition to the oil-backed cryptocurrency support, petrol stations will be charging $0.02 per liter. The price is a massive spike in comparison to pre-Covid-19 petrol prices. Furthermore, in addition to mandating petro acceptance, there have been a lot of gas shortages for average citizens. Following the mandate, Venezuelan car owners are only allowed to get 120 liters per month and motorcycle owners can only use 60 liters per month going forward.

What do you think about the US bounty for the Venezuelan crypto superintendent? Let us know in the comments below.

The post US Law Enforcement Promises $5M for the Capture of Venezuela’s Superintendent of Cryptocurrencies appeared first on Bitcoin News.