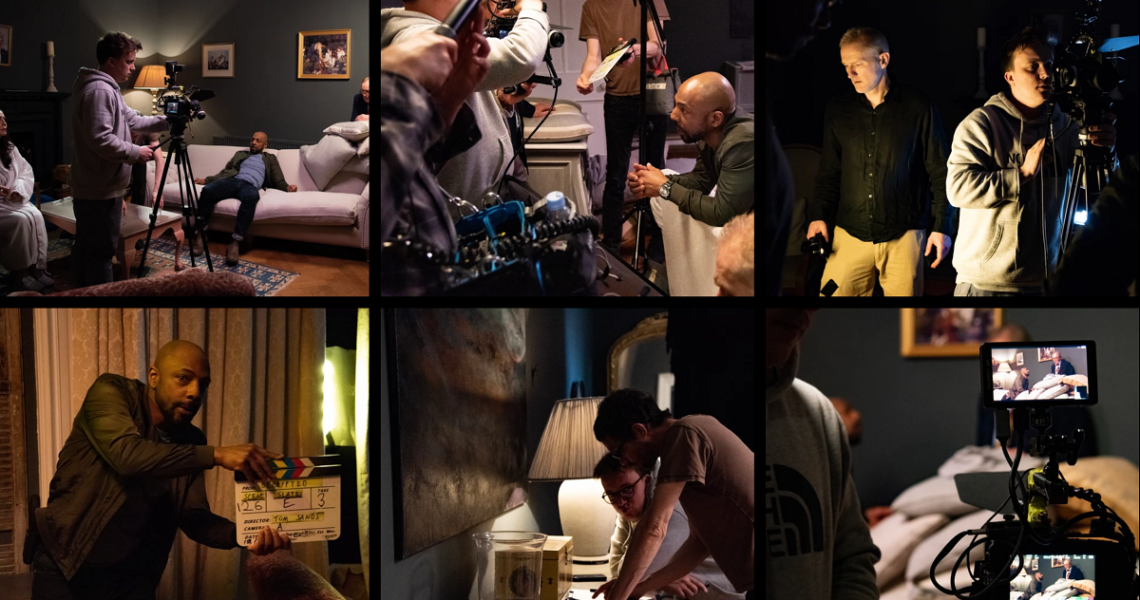 Decrypted, a new crypto movie about Satoshi Nakamoto, the mysterious creator of Bitcoin, is in production. In this “outrageous and provocative dark comedy,” Satoshi Nakamoto is kidnapped by the NSA and tortured for information that could help the government destroy cryptocurrency.

A new movie about cryptocurrency and Bitcoin’s creator, the mysterious Satoshi Nakamoto, is in production. Categorized as a comedy on IMDB, the movie “Decrypted” is written by Mick Sands and directed by Tom Sands. The movie’s description on IMDB reads:

An outrageous and provocative dark comedy about a mismatched NSA team who kidnap the creator of Bitcoin ⁠— Satoshi Nakamoto ⁠— and attempt to torture him for the information they need to destroy crypto-currencies.

The role of the creator of Bitcoin, Satoshi Nakamoto, is portrayed by Akie Kotabe, who played a leading role opposite Oscar-nominated actress Salma Hayek in the 2014 action thriller Everly. Decrypted also stars Sophia Myles from Transformers: Age of Extinction, David Hoflin from Z: The Beginning of Everything, Emilia Fox from Silent Witness, Don Gilet from The Stranger, and Kevin McNally from Pirates of the Caribbean.

The movie is being produced by Substantial Films, a small independent film company based in the U.K. Twenty-one titles are listed under this company on IMDB. Substantial Films’ website states: “We are currently in production on a new film called Decrypted, a dark comedy set in the world of the intelligence agencies.” However, the production of the film is delayed due to the coronavirus pandemic. Substantial Films notes on its website, “Unfortunately, we were forced to suspend the production of Decrypted at the end of March due to covid-19,” elaborating:​

We have about 70% of the film in the can, and we’re very happy with everything we’ve got.

“As soon as is practical, we will resume shooting of the remaining scenes … Meanwhile, we’re going to start editing what we’ve got, so the film will be moving forward even though the production has temporarily stalled,” the film company clarified.

In an interview with Cointelegraph (CT), Decrypted producer Phil Harris said: “we’re editing away. I think as a film producer and a keen crypto fan, I wanted to explore the emerging crypto space within the industry as a whole.” Pointing out that the movie is not just about Satoshi Nakamoto, he affirmed that a lot of research went into the film to ensure that Bitcoin-related elements look authentic. The publication adds that actress Talisa Garcia plays Sofia Perez, Satoshi Nakamoto’s love interest and his accomplice in the movie.

The movie’s screenwriter, Mick Sands, is also a crypto enthusiast, Harris continued, adding that the fact that the mere existence of Bitcoin is a threat to the U.S. government is fascinating to him. “Mick, our writer, he’s a bit of a rebel, he has always been fascinated with the crypto world and already wanted to write a film involving it in some way,” Harris was quoted by CT as saying. “Especially how the American security services see it as a major threat to their stranglehold over the world economy and how they’re trying to desperately dismantle it or regulate it.”

Harris further told the publication that the movie is also funded using cryptocurrency. According to him, the film will be initially released through crypto native video platforms. “We wanted this film to be part of the crypto revolution within the film industry. So we will be releasing it to some crypto video-on-demand platforms,” he revealed, noting that some examples are Livetree, Breaker, Movieschain, and Cinezen. However, the filmmaker aims to eventually sell the film’s rights to a major platform such as Netflix or Amazon Prime, Harris said, adding that he expects the film to be released by the end of 2020.

Another crypto movie is in the works. Deadline reported earlier this month that the Winklevoss twins will help produce a feature film adaptation of Bitcoin Billionaires, the bestselling non-fiction book by Ben Mezrich.

What do you think about the plot of the crypto movie Decrypted? Let us know in the comments section below.