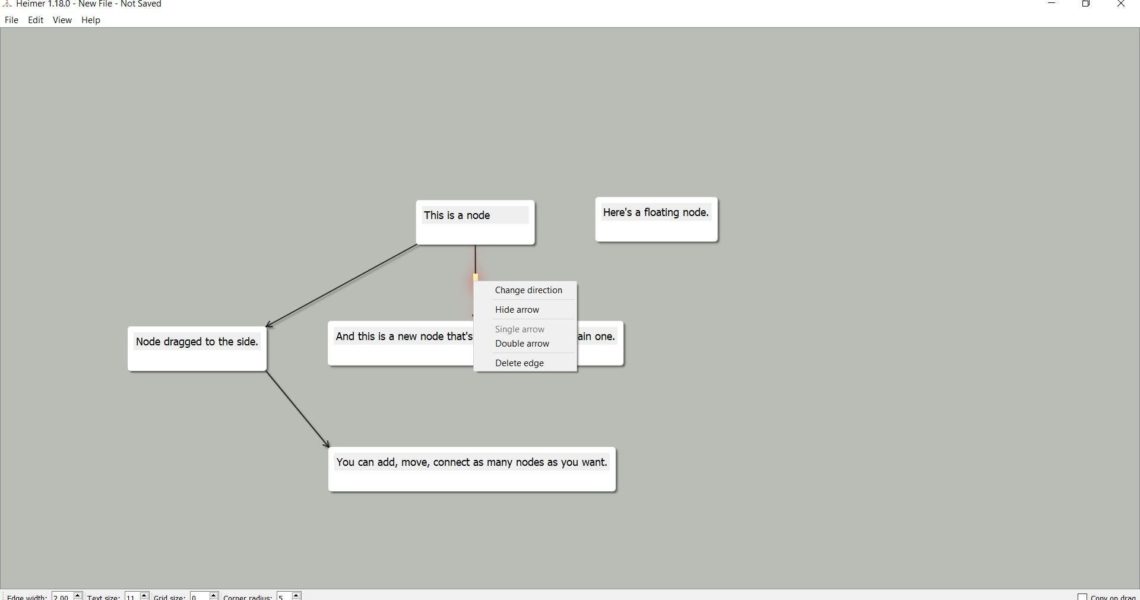 Heimer is an open source program for creating mind maps

Want to work on something but unsure where to start? Using a mind map can be an efficient way to organize your ideas and projects. 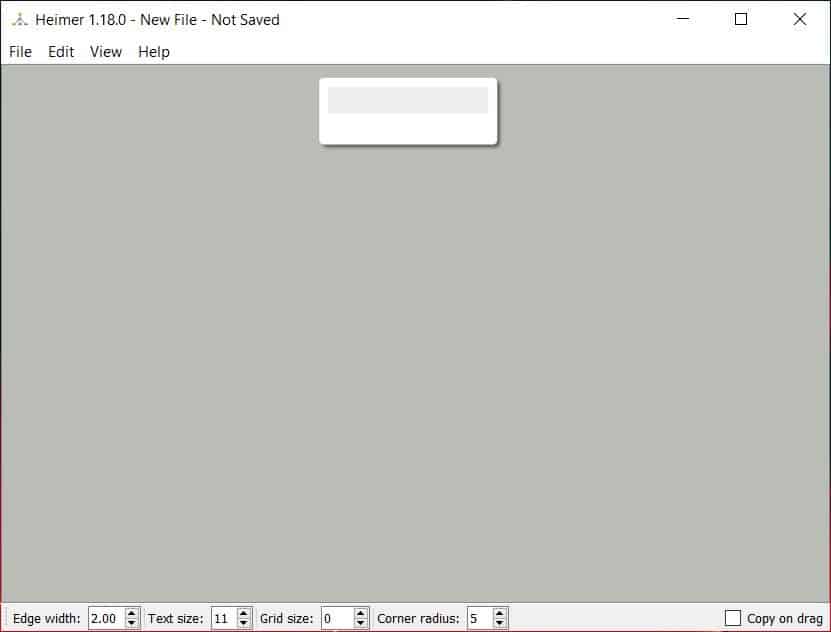 Jot down the idea, create a list of steps involved, rearrange them, make corrections, ensure you don’t miss anything.

Heimer is open source and cross-platform tool that helps you create mind maps and diagrams.

The concept may sound slightly complex, but the application is very user-friendly. Every mind map or diagram begins with a blank box in the middle. This is a text box, so write something in it, like the name of your project. 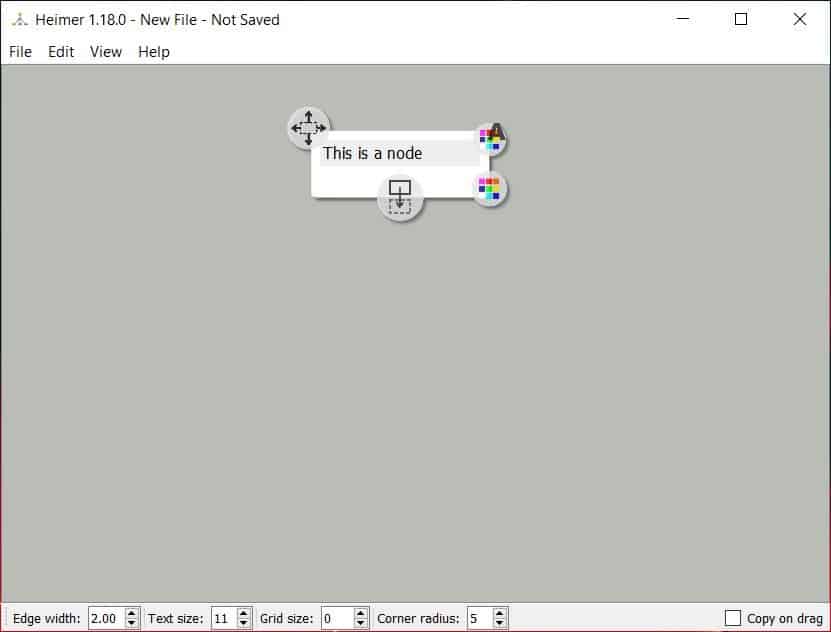 Mouse over the edges of the box, and Heimer will display four icons. Time to add the next step, aka create a new node. Click on the icon at the bottom of the pop-up, it has a rectangle with a downwards arrow.

A new box will be added, and it is connected to the parent node by a line. An arrow points the direction, i.e. from the primary node to the one you added, to indicate the flow.

This connector line is called an “edge”, but we’ll refer to it as “connector” to keep things simple. Mouse over the connector’s half-way point and a text box appears. Use it for labeling your line’s flow, or right-click on it to change the arrow’s direction, toggle between double-edged arrow/single arrow, hide the arrow or delete the connector.

Note: The box doesn’t appear for smaller connector lines. As a workaround, zoom in further until it becomes visible. You can attach a new node to an existing one. I found this purely by chance, when I was rearranging the nodes (there is no help file). To connect a node with another manually, click on the add node icon (bottom icon) and drag it over the node that you want to connect it with, and they will be connected.

Or, you can have floating nodes that aren’t connected to other nodes. Use the left icon (with multiple arrows) to move a node. Drag it anywhere you want. If it’s linked to another node, the connector line will be moved towards the direction you dragged it to. 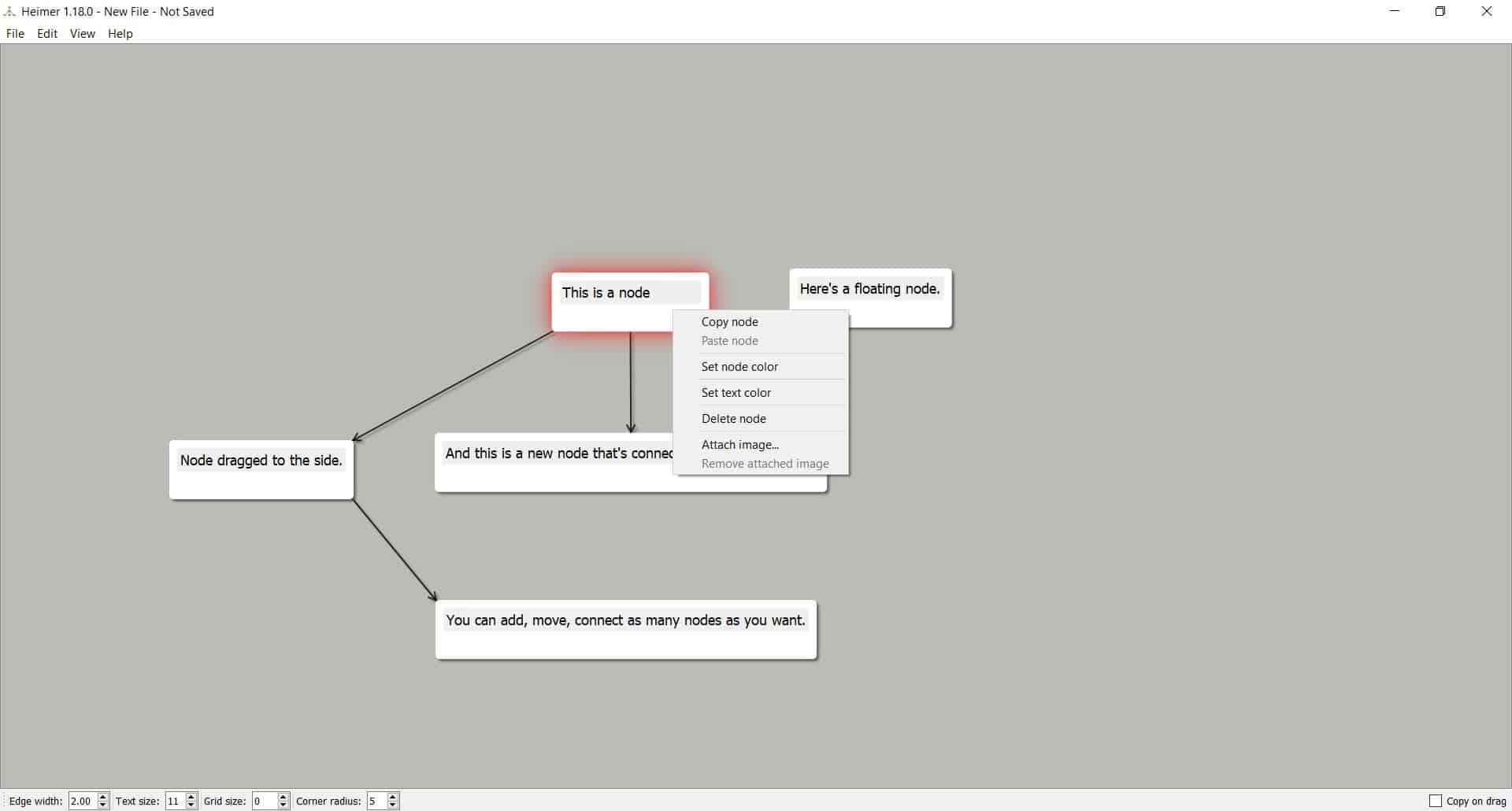 Right-click on a node to copy it, delete it. You can color code your mind map in Heimer. Use the icons on the right side edge of the node (mouse over), or the right-click menu to set the color of the node and the text. 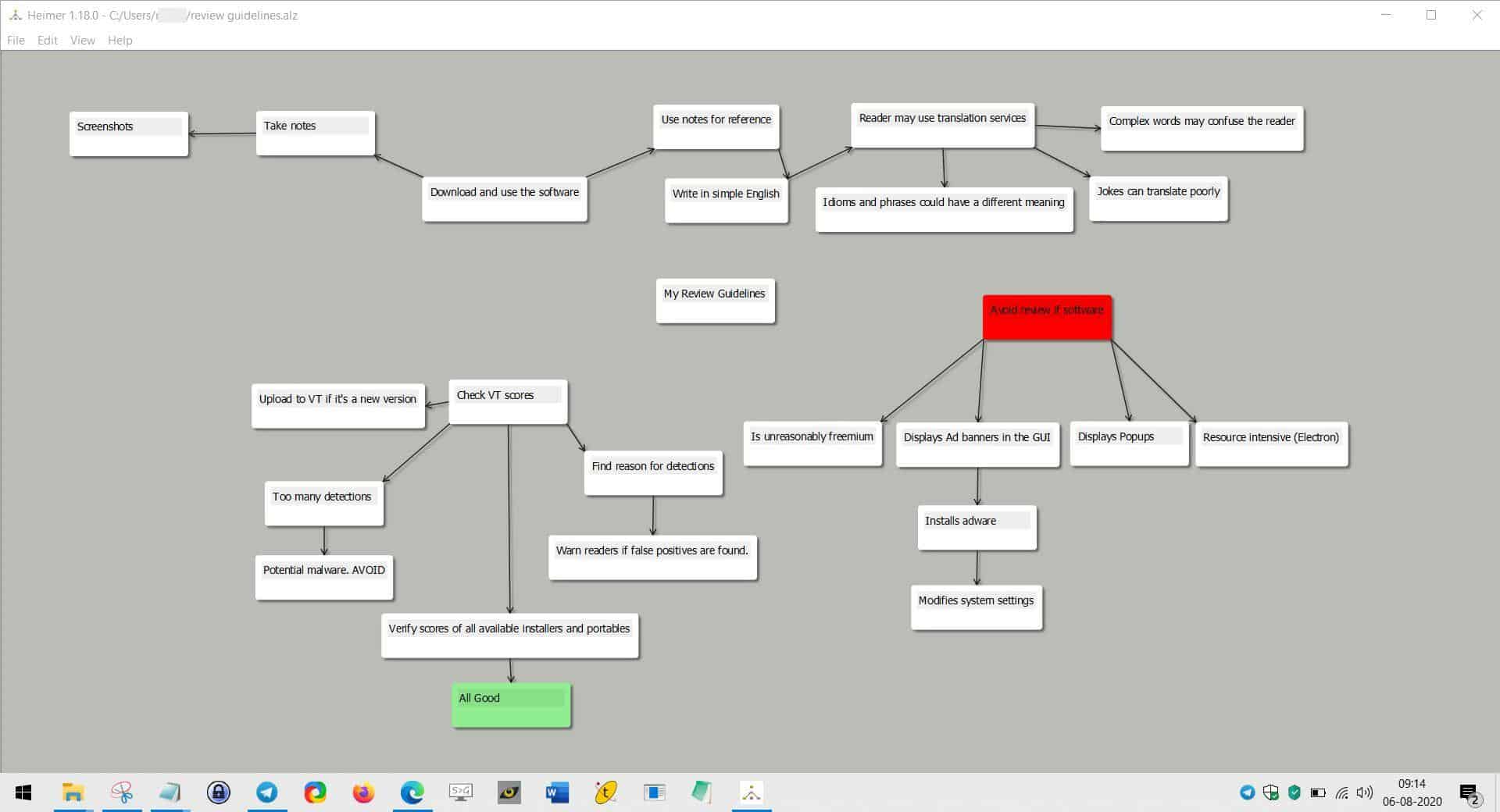 You’re not limited to text, Heimer allows you to add images to the nodes (JPG, JPEG, PNG formats). Images don’t look great though, since they’re resized to a great extent.

The program saves your work in the .ALZ format, so you can add something, save it and come back later to pick up where you left it.

Heimer can export the mind map in the PNG image format. This can be useful as you can view it on your phone, printing it, or share the image with your friends and colleagues, they don’t even need to install the program to view it.

Heimer is not a portable application. It is available for Windows and Linux. It can be a useful productivity tool for organizing your tasks, taking notes, etc. You may use it for flowcharts as well, though the lack of different types of boxes might make it difficult. If you want a proper flowchart application, try the offline Draw.io program instead.