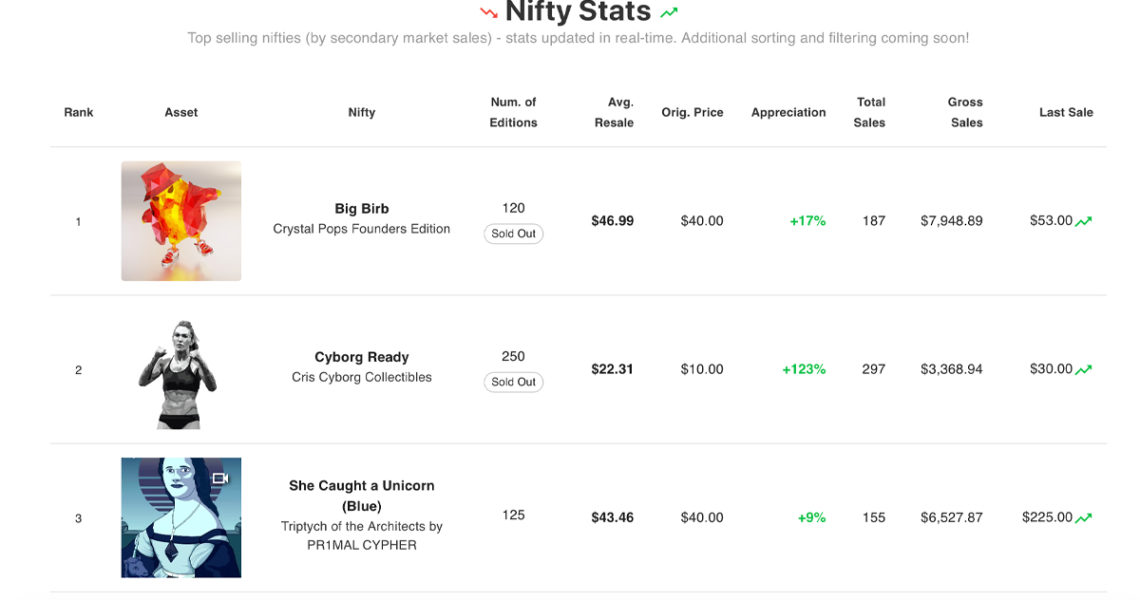 During the first week of July, news.Bitcoin.com reported on the growing sales of non-fungible token artwork being sold on marketplaces like Opensea, Nifty Gateway, and Makerplace. Just recently, the NFT market Nifty Gateway broke records selling a piece of digital artwork created by the artist Trevor Jones for $55,555.

Non-fungible tokens (NFT) and digital artwork have collided and the concept has grown exponentially during the last few years. In 2020, however, the NFT digital art ecosystem has swelled significantly this year.

The average price for any NFT during the entire existence of NFT records is $21.70 but there are some NFT’s that sell for hundreds of dollars and even thousands. Data shows that the NFT marketplace Nifty Gateway closed a record-breaking auction of a piece of digital art called “Picasso’s Bull.”

The 1/1 edition was created by Trevor Jones and it sold for $55,555 on July 23. The colorful content was designed in the form of a non-fungible token called nifty and sold to the highest bidder. Nifty Gateway launched in March 2020 as an “all-in-one platform to buy, sell, and store your digital art and collectibles or ‘nifties.’”

Since the Nifty Gateway team launched the platform, the marketplace has attracted artists like Trevor Jones, Jon Burgerman, Kenny Scharf, and Cey Adams.

Both NFT markets Opensea and Makerplace have been doing very well in recent months too. Popular artists on Makerplace include Frenetik Void, José Delbo, Javier Arrés, and Katy Arrington.

The NFTs being sold in Sandbox represent the land parcels on the community-driven UGC-voxel platform.

Makersplace sold roughly $4,506 worth of NFT artwork between 22 sales during the last 24 hours. One of the largest sales of the day on Makerplace on Sunday was $346, and the NFT sold at 11:34 a.m. ET. Five hours before that sale, a piece of digital artwork sold for $279 worth of ethereum (ETH).

The non-fungible token universe is growing wildly and it’s come a long way since the early days. The $55,555 “Picasso’s Bull” auction is a record-setting sale, but NFTs have sold for thousands of dollars years ago as well.