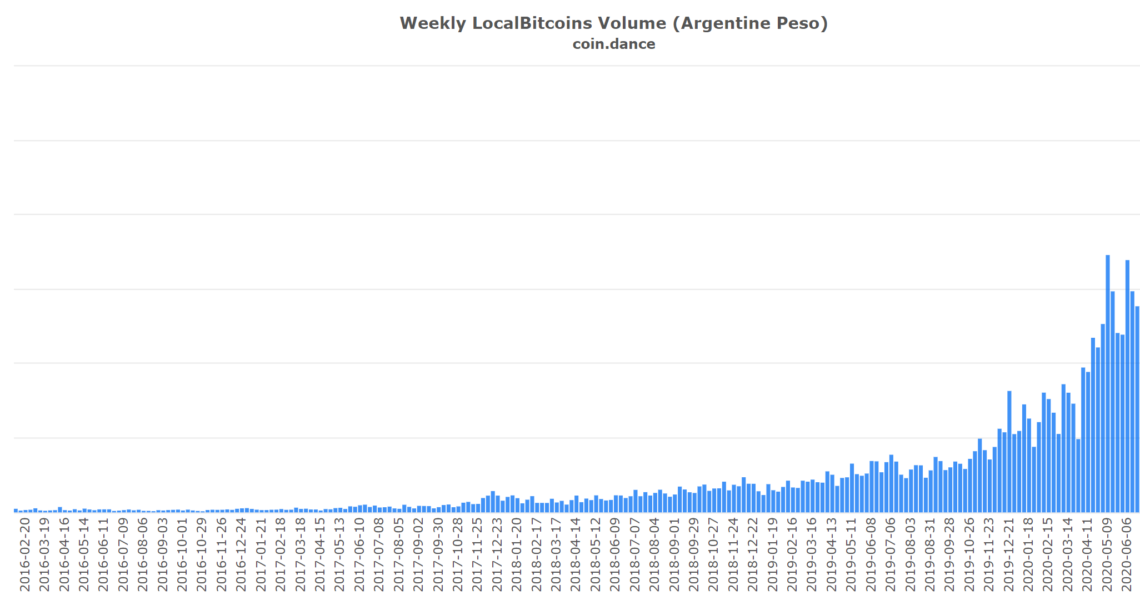 A survey of Argentina’s citizens shows that 73% believe cryptocurrency is the most effective saving method in the current economic crisis, such as to hedge against high inflation.

Global peer-to-peer (P2P) bitcoin marketplace Paxful released the results of a cryptocurrency survey in Argentina on Friday. “Argentina’s sentiment on cryptocurrency remains strong with citizens turning to digital assets as a way to hedge against inflation,” Paxful described. “Argentines are willing to venture into new forms of investment due to the need to protect the value of their financial savings. This comes as a result of the economic crisis going on in the country.” Citing the survey results, the company says:

It revealed that 73.4% of participants considered that, in the current economic scenario, cryptocurrencies are the most effective way to save and protect their funds.

The survey was conducted by Cripto 247 on behalf of Paxful in June. A total of 1,113 Argentine citizens between the ages of 18 and over 55 participated, 85.6% of whom were male, Paxful told news.Bitcoin.com.

Out of all respondents, 69.5% said they had invested at least once in cryptocurrency, with the main reason being its ability “to provide an economic shelter from the depreciation of the local currency due to inflation (42.7%).” Furthermore, 67.8% of those surveyed believe that “cryptocurrency investments are extremely safe” compared to their local currency.

In addition, respondents were specifically questioned about bitcoin. Of those who had invested in BTC, 53.9% said the cryptocurrency’s global potential was the reason. Meanwhile, 50.6% said decentralization was the main factor and 49.1% said they invested because of bitcoin’s “overall ability to provide security within an otherwise tumultuous banking system.” While the BTC trading volume in the Argentine peso (ARS) on Paxful is still small, Magdiela Rivas, Paxful’s Latin America Manager, detailed:

During this year we have observed a major increase in the operations carried out by Argentine users on our platform, especially since the pandemic started, registering an increase of 37.5% in the volume compared to the previous periods.

According to Coin.dance, only 2 BTC were traded in the Argentine peso on Paxful in the week ending Aug. 22, whereas 48 BTC were traded on Localbitcoins, a competing P2P bitcoin marketplace. Argentine crypto traders also have access to other popular trading platforms that support ARS, such as Binance, Okex, and Bitso.

The Paxful Argentina survey shows that “there is still a learning curve to cryptocurrency usage within the country,” the company added. Out of the 30.5% of respondents who said they had not invested in cryptocurrency, 24.2% said it was due to “a lack of understanding of its operation and applicability.” In addition, 12.8% said they did not possess the funds to invest while 7.7% cited fear of the “unknown new currency” as the primary reason.

What do you think about crypto adoption in Argentina? Let us know in the comments section below.