Four years ago, Vinny Lingham predicted bitcoin’s bull run and a number of bitcoiners have referred to him as the “oracle.” On Twitter, Lingham is once again giving his predictions on bitcoin’s future prices. He’s also noted this month that he’s “bullish on bitcoin” and hasn’t felt this way since 2016.

The former CEO of Gyft and the cofounder of the project Civic, Vinny Lingham, has been in the crypto industry for quite some time. Lingham is also known for his predictions and oftentimes the serial entrepreneur is on point. For instance, in December 2016 during Bitcoin’s pre-bull stage Lingham predicted that after BTC broke the $800 handle, it would quickly spike into the $900 zone.

“It’s not entirely clear how long bitcoin still needs to trade in the 700’s to clear out latent supply, but I doubt we will notice the 800’s,” Lingham stated on Twitter on December 4, 2016. Sure enough, the price of BTC swiftly jumped over the $800 range and into the $900 handle. In 2019, Lingham explained during an interview with cheddar.com that BTC would trade sideways for quite some time.

“The reality is it’ll probably trade sideways between $3,000 and $5,000 for another month or two while it’s trying to find which way to go,” Lingham said. “When it finds that direction, there’ll be a breakout or a breakdown,” the Civic founder explained last year. 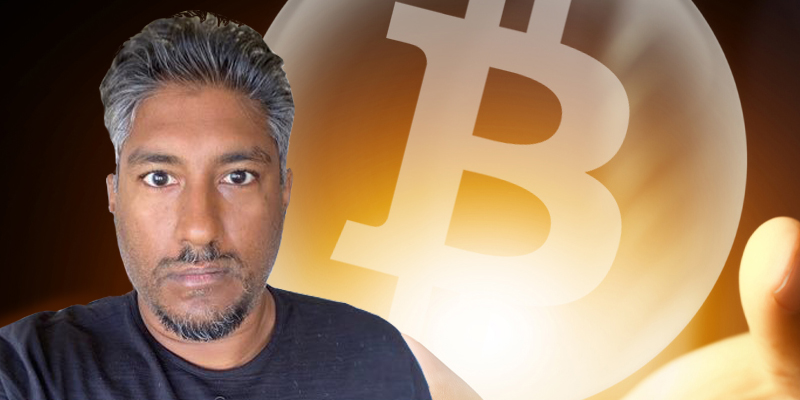 This October Lingham’s tweets seem to show he’s optimistic about Bitcoin’s current runup and on October 7, he said he was feeling bullish. “I haven’t been this bullish on Bitcoin⁠ ⁠since 2016,” he tweeted. “Macro events are teeing us up for another bull run. BTC could go 3-5X in the next 12 months, but if it goes 5X+, we’re back to bubble zone. Key indicator is BTC dominance – if it drops below 35% during the run, caveat emptor.”

This week bitcoin (BTC) dominance has been around 63% after dropping down to the 57% range not long ago. Two weeks after Lingham’s tweet the price started to rise higher and after PayPal announced crypto support the price jumped even higher.

On October 23, Lingham once again made a prediction and said during the next 30 days BTC’s price will be volatile. He also noted that he doesn’t think the price will drop below the $12k handle.

“With Bitcoin now above $12k, the next 30 days will likely bring the highest inflow of fiat into crypto since 2017,” Lingham said. “No coincidence that this period is during the U.S. election. Expect high volatility, but BTC likely won’t drop below $12k during this period.”

The Civic cofounder, of course, is not the only notable crypto advocate to give predictions on bitcoin’s future price. On Thursday the crypto pundit Max Keiser said the price has been dilatory. “Bitcoin price is lagging hashrate by a considerable margin. Current hashrate trends infer a $35,000 – $50,000 price,” Keiser tweeted.

What do you think about Vinny Lingham’s bitcoin predictions? Let us know what you think in the comments section below.