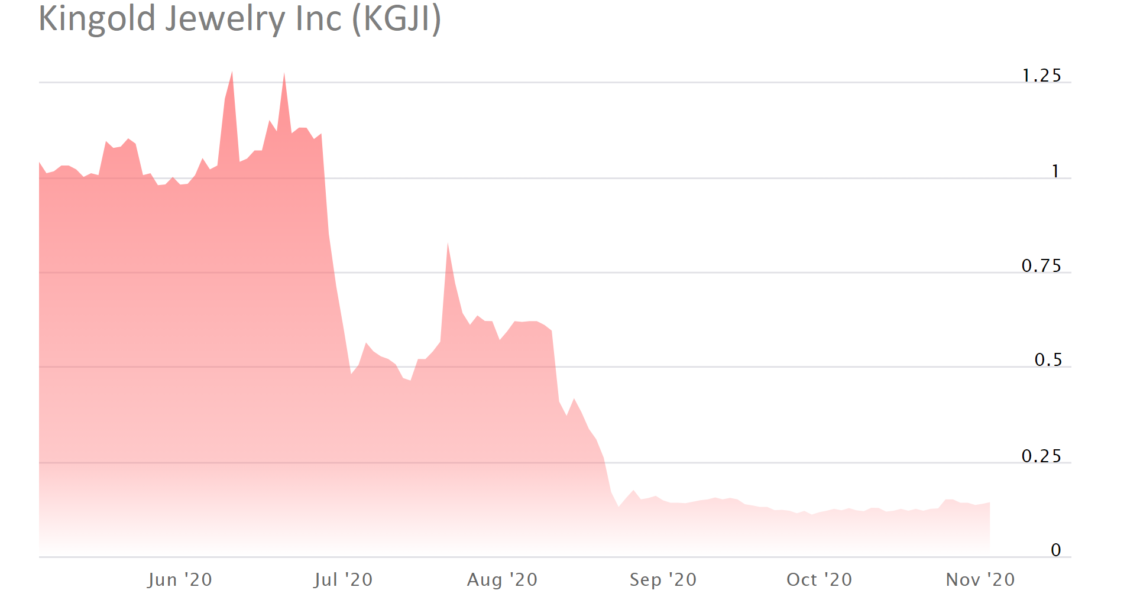 The gold industry was shaken when it was discovered that 83 tons of fake gold bars were used to back loans worth 20 billion yuan in China. While Chinese authorities have not said whether the real gold exists or where it is, an insider claims to know what happened.

One of China’s largest gold jewelry manufacturers, Kingold Jewelry Inc., was caught in a major fake gold scandal earlier this year. The company used 83 tons of gold bars to back loans worth 20 billion yuan ($3 billion) from 14 Chinese financial institutions. This amount of gold would be equivalent to about 22% of China’s annual gold production. However, the media reported in July that the gold bars turned out to be fake and were just gilded copper alloy, but the company and its executives denied any wrongdoing.

Kingold Jewelry is a Nasdaq-listed company headquartered in Wuhan, China. Its share price plunged 88% since the scandal surfaced to $0.1334 on Wednesday. The company announced in August its plan to voluntarily delist from Nasdaq.

While the Chinese authorities have not revealed where the real gold is or whether it even exists, one man claims to know what happened, NTD reported last week. Yizhi Wei told the publication that the real gold bars were swapped for fake ones and smuggled out of China into Hong Kong where they were sold below market prices. He claimed to be one of the middlemen.

The publication described Wei as “a member of China’s so-called red aristocracy … from the Manchu ethnic minority.” In addition, “His father was a senior communist official” and “His grandfather was a communist revolutionary who helped the regime seize power.”

Wei detailed: “Every day it would come in from the Chinese city of Shenzhen. We would go buy it every day, 10 kilos, 20 kilos, 30 kilos. Then we will sell it in the afternoon on the same day. We made money from the price differences. We didn’t know where the gold came from.”

Wei added that nearly all organized crime groups and triads in Hong Kong were involved in the gold laundering. They were responsible for contacting buyers and transporting the gold. He noted that all the gold buyers they found were big foreign investors, not Chinese ones. “That’s because there is a problem with one person in China buying gold in large quantities so they were looking for foreign buyers, those from the U.S., Europe, and Japan,” he explained to the news outlet.

Furthermore, he believes that the people being investigated by the Chinese authorities over the fake gold scandal are just scapegoats since the scale of this operation is “not something one or two people can do,” noting that the amount he got involved with “is just the tip of the iceberg.”

The gold bars were discovered to be fake in February but the media and Chinese regulators kept quiet about it until June, the publication pointed out. Wei opined: “Till this day, nobody knows where the gold is. That’s why I want to say that the Chinese system is rotten from its roots.”

What do you think about this story? Let us know in the comments section below.