Token-Driven Karaoke Platform Gets a Boost in South Korea as Pandemic Hits Over 2,100 Singing Rooms

Coronavirus-driven lockdowns and social distancing limits affect people’s way of entertaining themselves, such as going to karaoke. In South Korea, that activity is too popular, and despite the COVID-19 outbreak, the crypto industry is trying to capitalize on it.

Per Fn News, Somesing, a blockchain-based karaoke app, already hit the 400,000 users’ milestone. The figure is significant, considering that it’s doubling the user base (195,000) for the last six months.

Karaoke’s hobby is like the norm in several Asian countries, and the coronavirus pandemic knocked down this sector heavily.

In fact, according to figures published by local media, at least 2,137 “noraebang” businesses had to shut down across South Korea since the outbreak started. The number is the lowest level ever recorded, stated the Shopping Center Information Research Institute.

“Noraebang” is the Korean name given to private singing rooms, translated into Western countries’ language as karaoke places. South Koreans have the habit of going with friends and even workmates after finishing their duties to sing in the noraebangs. 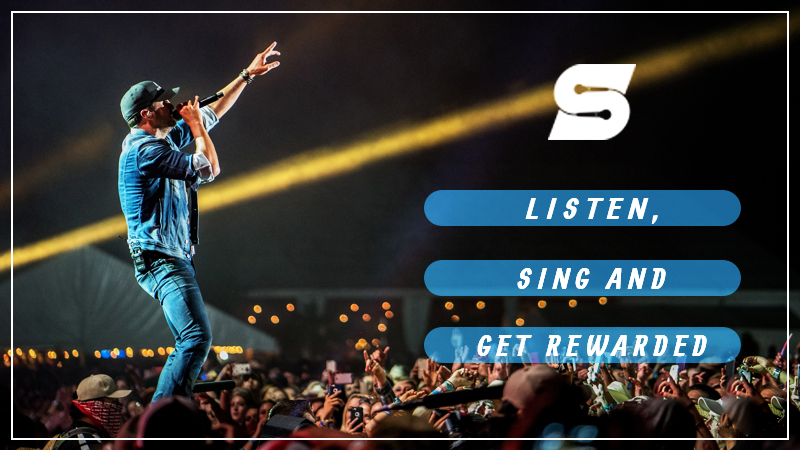 Somesing’s platform allows people to sing along to their favorite tunes and upload them on the app. Moreover, the app rewards active users with tokens from other users or friends according to their popularity.

However, one-half of the coins will fund the platform, such as paying for maintenance costs and copyright fees, said the company behind the blockchain app. The popularity of Somesing has been on the rise across South Korea, as it has been featured on major TV channels.

Other entertainment sectors have also been struggling with their businesses. Still, tokenization has been offering an alternative during these times.

Fn News highlighted a travel-based blockchain platform that doubled its user base in the last three months.

Milk relies on a token that can be used to acquire books, and people can exchange it for vouchers in e-commerce outlets such as Shinsaegae.

In the cinema industry, Moviebloc is another blockchain-powered service that offers South Korean filmmakers an alternative to showcase their work. Platform’s users can earn tokens by writing reviews and rating films, whose coins can be exchanged in domestic crypto exchanges.

What do you think about this karaoke tokenization idea in South Korea? Let us know in the comments section below.