Renowned gold bull and CEO of investment management firm Doubleline, Jeffrey Gundlach says bitcoin may be the “stimulus asset” while adding it “doesn’t look like gold is.” Gundlach, a self-professed long-term dollar bear, had preceded his comments about bitcoin by remarking that “lots of liquid poured into a funnel creates a torrent.”

In the same tweet, Gundlach suggests that he came to the conclusion after staying “neutral (on both gold and the dollar) for the past six months.” In the past six months, the two stores of value have had contrasting fortunes with BTC appearing to win the battle for supremacy. 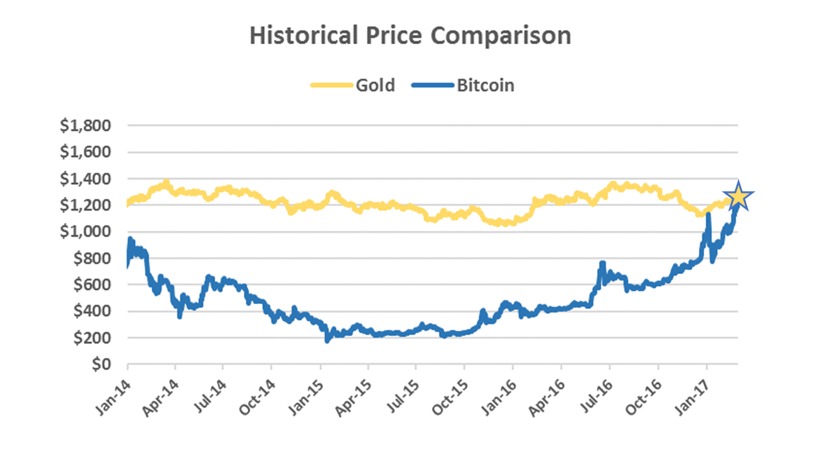 Also, despite the many predictions of gold breaking out, the commodity has so far failed to match the expectations. On the other hand, BTC could be on course to beat the $100,000 mark after breaking past $50,000.

Corporations Choosing BTC Ahead of Gold

In the meantime, Gundlach’s comments about BTC have coincided with the shifting store of value preferences by large corporations. For instance, in its recent filing with U.S. Securities and Exchange Commission (SEC), Tesla only revealed its $1.5 billion BTC acquisition. While the electric carmaker’s updated investment policy authorizes the company to also take positions on gold bullion or gold ETFs, the company so far only focused on BTC. 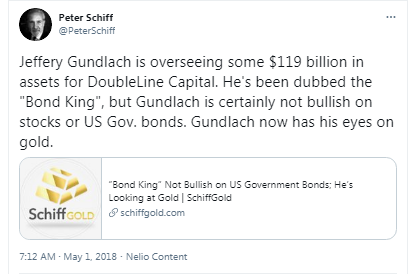 Meanwhile, Gundlach’s views on BTC are now at odds with the crypto asset’s prominent opponent Peter Schiff. The gold bug, who has previously praised Gundlach, has already attacked Tesla for choosing BTC ahead of gold. Similarly, other supporters of gold on Twitter expressed their disappointment with Gundlach’s apparent pivot to the crypto asset. One user named Pet Rock said:

Why Bitcoin and not any of the thousands of other coins that do the exact same thing? Why Bitcoin instead of a future Amazon coin or Google coin? I am amazed at such smart people being tempted by something that is wishful thinking.

“Bitcoin’s volatility precludes it from being a store of value. It is also correlated with bubble stocks. It is speculative mania. It will pop. Gold is simply tracking the inverse of real yields. If inflation picks up and YCC happens, gold will soar. Pain until then.”

“Bitcoin is gold 2.0. Clearly, the market is telling you that. In the past, it would’ve been gold and the miners taking off. No more. It’s the digital age.”

What are your thoughts on Gundlach’s tweet? You can share your views in the comments section below.