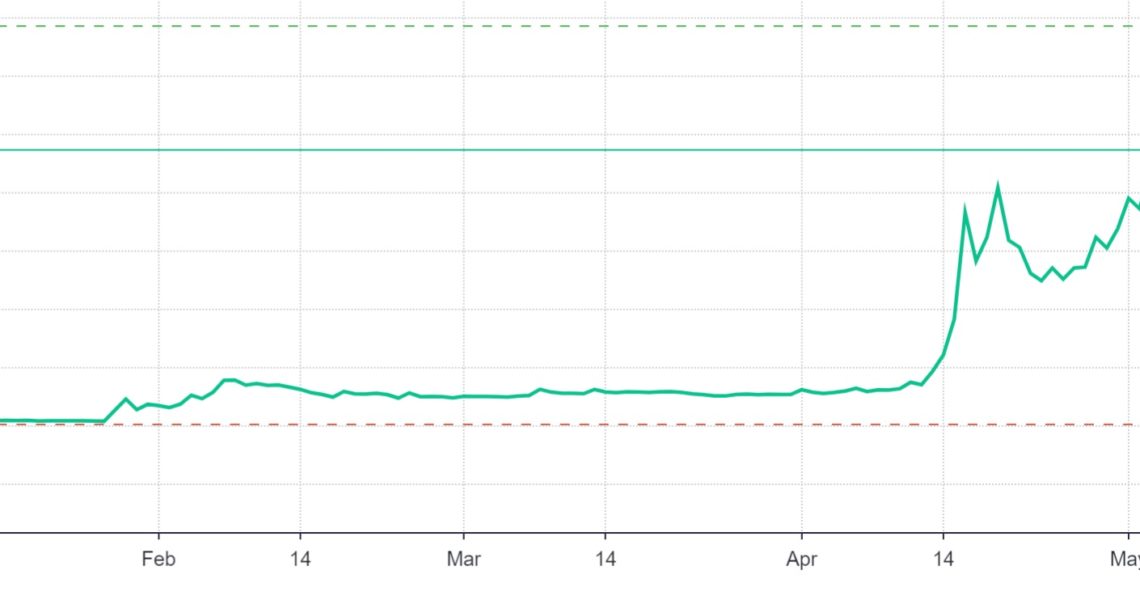 A Goldman Sachs executive has reportedly resigned from the investment bank after he made a fortune investing in dogecoin. The meme cryptocurrency is touted by a growing number of celebrities, including the Dogefather Elon Musk and Mark Cuban.

Aziz McMahon, a managing director at Goldman Sachs in the U.K., has resigned from the investment bank. Goldman confirmed McMahon’s departure to Business Insider but did not provide a reason. However, Efinancialcareers reported that the executive’s departure followed him making millions of dollars investing in dogecoin, noting that he may be starting a hedge fund. Citing unnamed sources, the publication detailed:

Aziz McMahon, a managing director and head of emerging market sales at Goldman Sachs in London, has resigned, allegedly after making money on dogecoin, the cryptocurrency championed by Elon Musk, whose value rose 72 times between the start of January and late last week.

The price of dogecoin is currently $0.4741, having risen significantly over the past months. It peaked at $0.6873 on May 6 before Elon Musk’s Saturday Night Live (SNL). It has risen more than 27% this month and more than 720% since the beginning of April, based on data from markets.Bitcoin.com. Since the beginning of the year, the price of the meme cryptocurrency has risen about 4,548%.

Recently, another dogecoin investor said that he became a millionaire within two months of investing in DOGE. He said he started investing in the meme cryptocurrency after being inspired by the Tesla CEO, Elon Musk.

The meme cryptocurrency has garnered support from a growing number of celebrities. Musk calls himself the Dogefather and most recently conducted a Twitter poll asking his followers whether they want Tesla to accept dogecoin. Meanwhile, Shark Tank star Mark Cuban’s NBA team, the Dallas Mavericks, has been accepting the cryptocurrency for payments.

There has been a steady migration of talented programmers, quants, traders, and executives into the crypto space over the past four to five years, many of whom have come from elite banks, funds, and trading firms and are starting their own companies.

What do you think about Goldman Sachs’ executive quitting after making a fortune investing in cryptocurrency? Let us know in the comments section below.