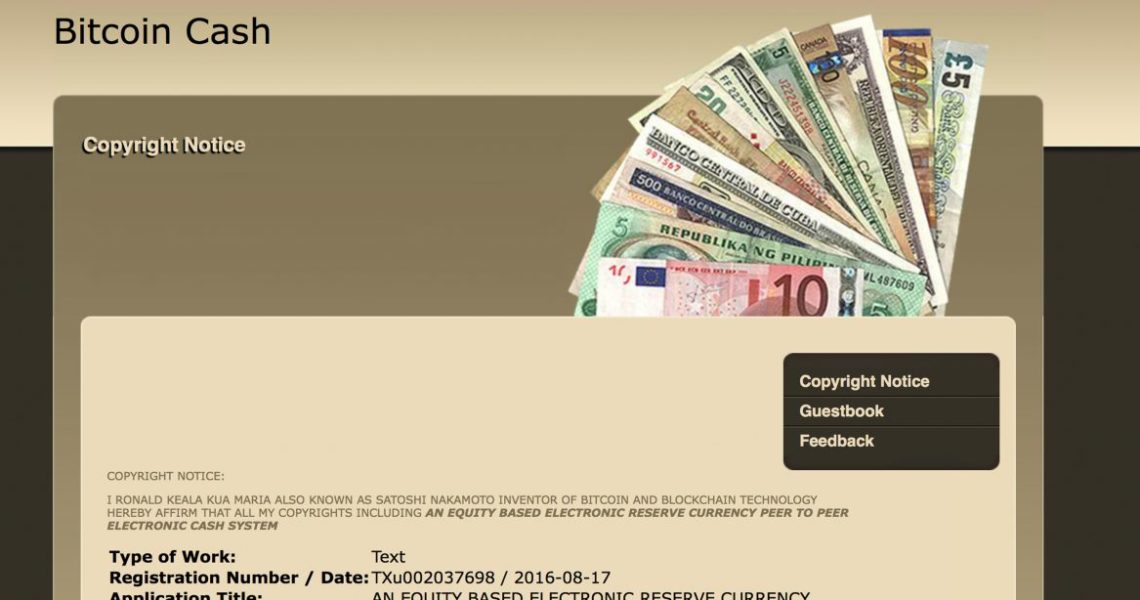 A Decade of Self-Professed Satoshi Nakamotos- Where Are These Claimants Now? The mysterious creator of bitcoin has always been a topical conversation and over the years, a great number of self-proclaimed blockchain inventors have said that they once played the role of Satoshi Nakamoto. Of course, none of these so-called Satoshis have ever proven this to the greater cryptocurrency community, but it hasn’t stopped lots of people from trying.

Many Satoshis With Little Proof

Satoshi Nakamoto, the inventor of the Bitcoin blockchain, has always been one of the crypto community’s most popular subjects because the story is a thought-provoking mystery. Nakamoto could be an individual or a group, and there have been many theories that have caused people to suspect a number of known candidates.

Then there have been individuals that have outright proclaimed that they created the Bitcoin protocol, and they also produce wild stories that are used with the intent to sway people’s minds. There are also a few people who haven’t really said they once filled Satoshi Nakamoto’s shoes out loud, but have left so-called clues behind so they may be caught. Interestingly, in 2021 there hasn’t been any new self-styled Satoshi Nakamotos, but a few years prior, there was a bountiful amount of ostensible Bitcoin inventors.

Kua Maria filed the trademark requests with the United States Patent and Trademark Office (USPTO) that year, and his websites still exist to this day. The self-proclaimed Satoshi Nakamoto, Ronald Keala Kua Maria’s website satoshinakamoto.ws still says that he is Bitcoin’s creator.

I Ronald Keala Kua Maria also known as Satoshi Nakamoto inventor of Bitcoin and blockchain technology hereby affirm that all my copyrights including an equity based electronic reserve currency peer-to-peer electronic cash system.

In September 2018, Bitcoin.com News spoke with a man named Phil Wilson, otherwise known online as “Scronty.” Wilson also said he created the Bitcoin protocol and in 2017 he published a story called “Bitcoin Origins,” asserting he is 1/3 of the Satoshi Nakamoto group. Wilson claimed at the time that he worked with David Kleiman and Craig Wright.

Despite his “Bitcoin Origins” story, Wilson has no verifiable proof that he invented the blockchain protocol. Moreover, David Kleiman passed away and Craig Wright denies Wilson was involved. Wright himself has also never convinced the greater crypto community that he invented the Bitcoin protocol. Wilson is still on Twitter to this very day, but he doesn’t speak about his alleged involvement with the so-called Satoshi Nakamoto ‘team’ as much as he did three years ago.

Back in 2019, a Belgium native called Debo Jurgen Etienne Guido made a few headlines for claiming to be Satoshi Nakamoto. Debo still says he’s Satoshi Nakamoto to this very day as well and operates a Twitter account under the name @realsatoshin. The self-proclaimed Bitcoin inventor has also never proven he created the technology, but he’s managed to capture 5,017 followers on Twitter.

Interestingly, Debo did send testimony by written letter to the court dealing with the Klieman v. Wright case. In the letter, Debo said he was the “genuine and only originator/creator of the genesis block of the Bitcoin blockchain.” This week, Debo even responded to Elon Musk’s criticisms over Bitcoin’s effect on the global climate.

“Once a bitcoin is generated, the transactions are far lower in electricity compared to mining,” Debo said to Musk. “No doubt, China has a big issue with respect (abuse) of the natural environment to generate electricity, but to mine bitcoin on green energy plants is a win-win on ROI.”

In August 2019, a marketing and public relations agency specializing in fintech, Ivy McLemore & Associates published a press release about a man called Bilal Khalid. Even though Khalid had zero proof that he was Satoshi Nakamoto, Ivy McLemore further announced a three-part blog post with a wild story that insists Khalid invented blockchain technology. Khalid’s blog posts stress that during the 2008 crisis, he felt it was the perfect time for the “final push for Bitcoin to be created.”

Hey @ivymclemore, just so you’re aware, Bilal Khalid is not Satoshi Nakamoto. Have fun promoting his “reveal” whilst your name gets dragged through the mud!

Khalid of course has no proof and said that the cryptographic proof he once had was lost forever. The self-proclaimed Bitcoin inventor from Pakistan has not made any appearances since the announcement two years ago, and Ivy McLemore stopped tweeting altogether on November 4, 2019. The Pakistani native has been awfully quiet since this announcement and probably realizes no one believes him.

During the same week Ivy McLemore stopped tweeting, another self-styled Satoshi Nakamoto appeared on the scene claiming to be a “Co-founder of BitCoin.” The German Jörg Molt told participants who attended the 2019 WCC Vegas Blockchain Week that he was Satoshi.

Molt also got a photo opportunity with the bitcoin evangelist Andreas Antonopoulos and was sharing the picture around as if Molt and Antonopoulos were close compadres. Antonopoulos immediately declared this was not true and said he had absolutely no relationship with the long-haired pretender.

“Apparently, a German person called ‘Jörg Molt’ has been showing a selfie taken with me and telling people that we are friends — This is a LIE,” Antonopoulos tweeted. “I don’t know him at all — I have heard from others that he claims to be the founder of Bitcoin and has thousands of BTC — A LIE.”

No one has seen Jörg Molt at any conferences and events since 2019, and his Satoshi Nakamoto claim is now a laughable memory.

There has been a great number of self-proclaimed Satoshi Nakamotos over the last decade but none of them have been convincing. Even Bloomberg financial columnist, Matthew Leising, led a number of people to believe that Satoshi Nakamoto was allegedly writing a book. Leising’s story wasn’t verifiable at all, and these days he hasn’t mentioned this wild story he pushed into the public eye back in the summer of 2018. But at that time, the so-called Bitcoin inventor published a web portal called Nakamotofamilyfoundation.org with a cryptogram puzzle.

Whatever the case may be, pretending to be Satoshi Nakamoto comes with some perks and notoriety. This list barely scratches the surface when it comes to all the ostensible Nakamotos that have come out of the woodwork. However, since 2019 we haven’t seen any new individuals stepping out to claim Nakamoto’s throne. But that doesn’t mean they won’t appear again.