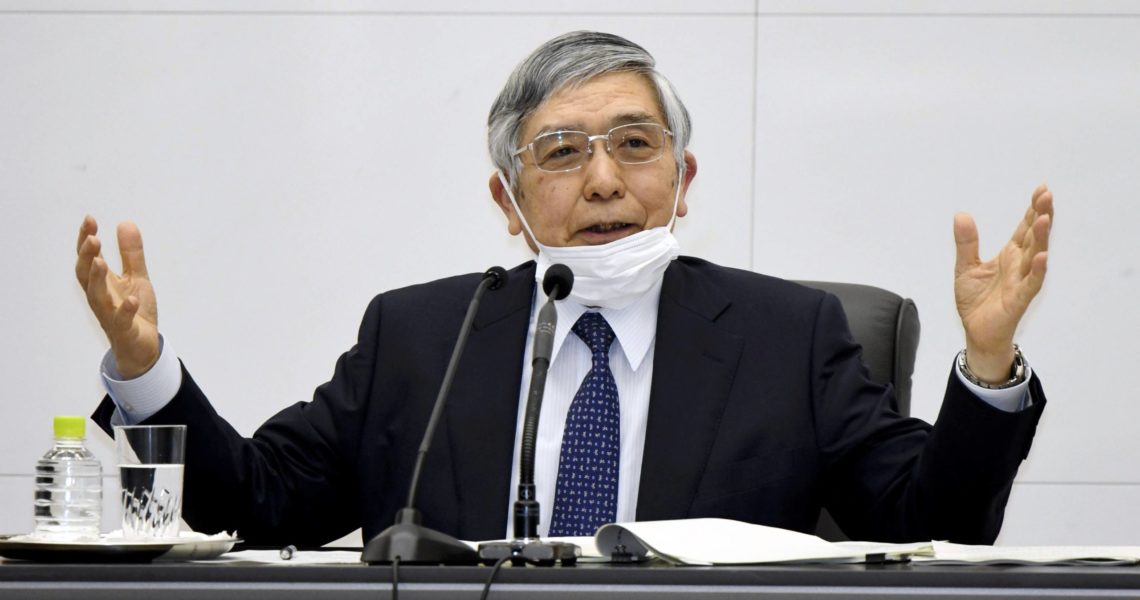 Following the recent developments in China and the environmental concerns about bitcoin’s energy consumption, the Bank of Japan Governor Haruhiko Kuroda criticized the leading crypto asset bitcoin in an interview on Thursday.

Bitcoin prices have slumped again on Friday after a tumultuous week. After tapping a daily high on Thursday at $40,125 per unit, bitcoin (BTC) dropped to a low of $35,146 losing more than 12% in value. Since then, however, BTC has managed to regain some losses and climb back above the $36k handle.

According to Bloomberg, some of the recent sell-off during the early Friday morning hours (ET), may have been due to comments stemming from the Bank of Japan (BoJ) Governor Haruhiko Kuroda. The central bank’s lead criticized bitcoin and said that the crypto asset was not used much at all for settlement purposes. The criticism from Kuroda follows the recent statements from the Tokyo Metropolitan Assembly that said they wanted to transform the bustling city into a cryptocurrency “trading center.” BoJ Governor Kuroda’s cryptocurrency outlook is entirely different it seems.

“Most of the trading is speculative and volatility is extraordinarily high,” Kuroda said about bitcoin in an interview with Bloomberg on Thursday. “It’s barely used as a means of settlement,” the central bank Governor added.

Kuroda may be speaking out against bitcoin because of climate change discussions he’s been partaking in this week. Central bankers around the world are not only criticizing bitcoin, as many banking leaders are also addressing climate change concerns as well these days. The BoJ’s Kuroda said on Thursday that the central bank has a “great interest” in tackling these climate concerns.

“Naturally, how we respond to this at the level of monetary policy will become a topic of discussion,” Kuroda emphasized on Thursday. Similar to the questions Jerome Powell has been getting about inflation, Kuroda was also asked about inflation this week. “That policy stance is based on the recognition that it will take time to overcome low inflation once it is entrenched,” Kuroda noted. The central bank governor further added:

That is the lesson learned from Japan’s experience of prolonged deflation.

Kuroda’s statements about bitcoin also follow the country’s gaming giant Nexon purchasing 1,717 BTC on April 28. Unlike the BoJ Governor’s statements, Nexon recently said: “bitcoin offers long-term stability and liquidity while maintaining the value of our cash for future investments.” Japanese regulators, on the other hand, have been following South Korea’s lead in preparing for Financial Action Task Force (FATF) guidelines toward crypto-assets.

While discussing the fear of inflation with the press on Thursday, the BoJ Governor stressed that stimulus would continue. Kuroda follows the same stability line of 2% inflation, as many other central banks reference, and noted that the BoJ’s stimulus must remain persistent.

“Each central bank has to adapt its monetary policy to its own economic, price, and financial situations,” Kuroda concluded. “Our inflation rate is still quite low and so we have to be persistent in conducting our monetary easing to achieve our 2% price stability target.”