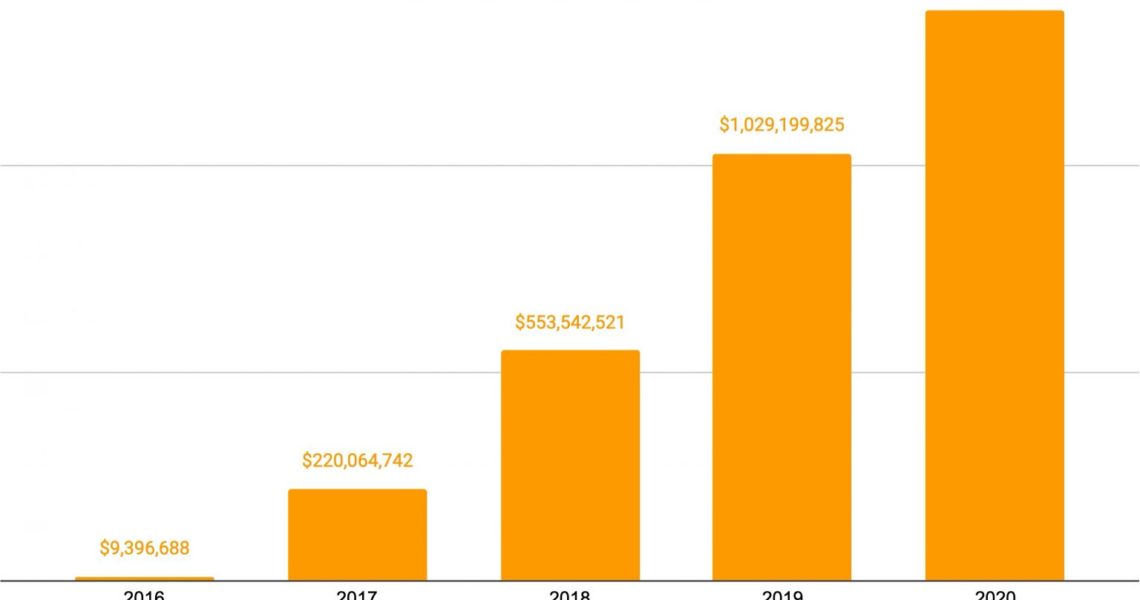 At the end of 2020, darknet markets (DNM) set new records as marketplaces like White House and the Russian-language DNM Hydra led the pack. A report published on May 25, shows Hydra saw a 624% year-over-year growth rate in three years, and researchers estimate roughly 75% of illicit DNM transactions stem from the Russian marketplace. […]

The U.S. has sentenced a creator of video streaming and downloading websites to prison for 12 months and one day. The feds also seized $3.9 million from him, including more than $1 million in cryptocurrency. Man Sentenced to Jail for Copyright Infringement and Tax Evasion, His Cryptocurrency Seized The U.S. Department of Justice (DOJ) announced […] 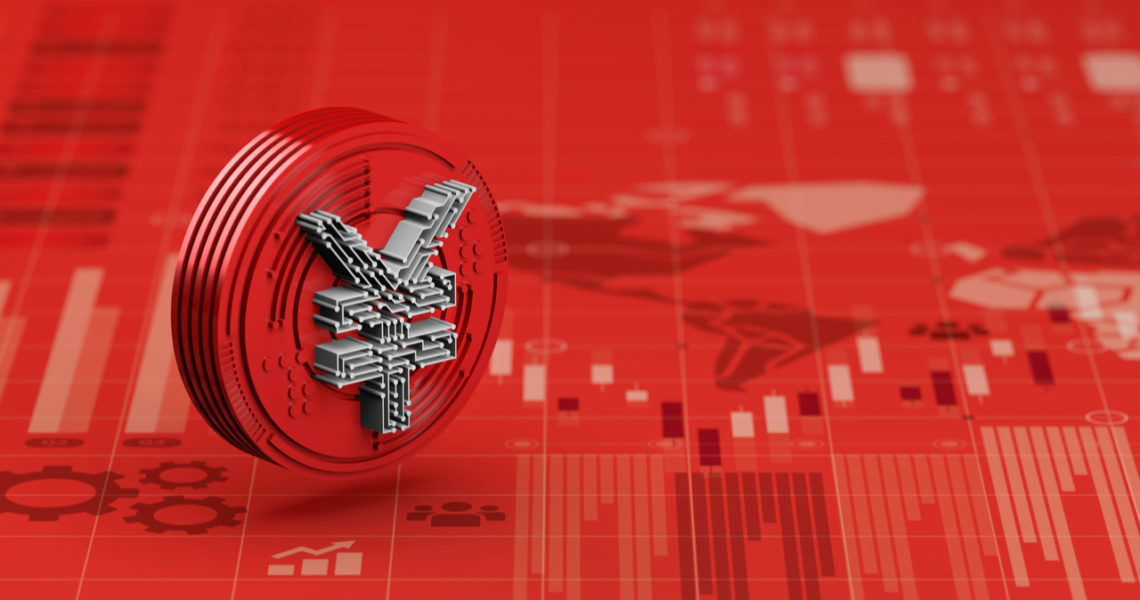 China Has Dispersed Over $40 Million of Digital Yuan in Red Envelopes, Report Reveals

China, which has arguably the most advanced digital currency project among leading nations, has so far handed out more than $40 million in red envelopes with digital yuan. The promotional campaign for the CBDC is currently focused on five major cities, taking into account their regional development priorities. Beijing Gives Away 269 Million Yuan in […] 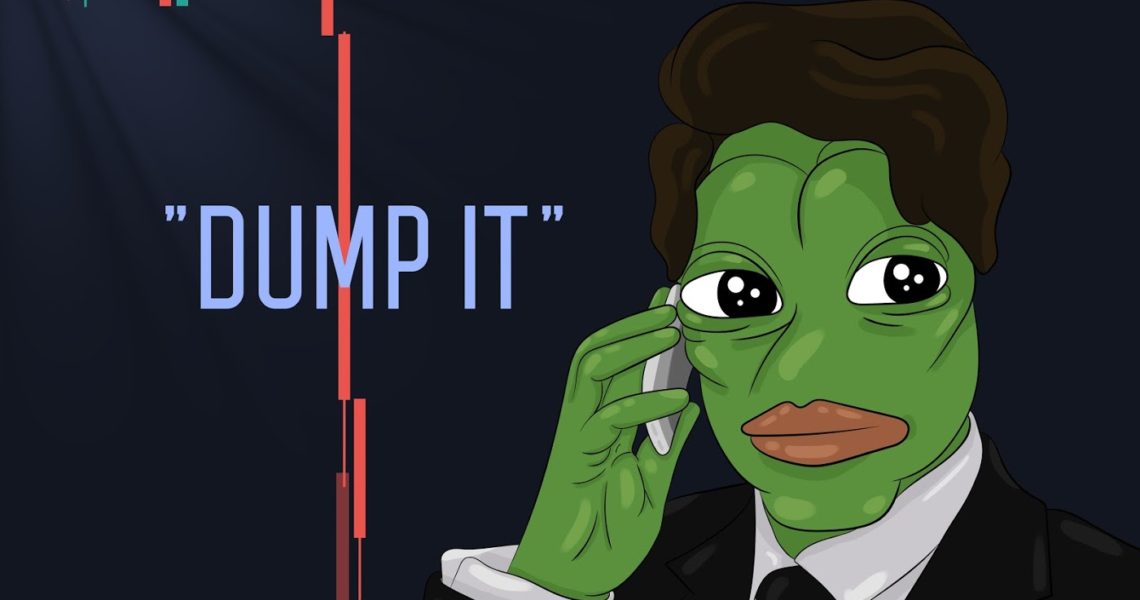 Following the infamous meme that shows one of the Bogdanoff twins on the phone telling whales to initiate a crypto-market dump, the Bogdanoff brothers now claim they took part in inventing the leading cryptocurrency bitcoin with Satoshi Nakamoto. During an interview hosted on L’Heure des Pros, the Bogdanoff twins said as mathematicians the two were […]

A survey conducted among financial professionals has indicated that the industry wants Ukraine’s future digital currency to be used as a tool in the crypto space. The financial sector also favors a blockchain design for the e-hryvnia that would allow peer-to-peer transfers and fuel e-commerce. Financial Experts Define Potential Uses of Ukraine’s Digital Currency The […]

The digital asset trading platform Crypto.com has announced the firm has become the first global cryptocurrency exchange to obtain an Electronic Money Institution (EMI) license from the Malta Financial Services Authority (MFSA). According to the announcement, Crypto.com’s EMI license will allow the firm to issue cards and bank transfers to consumers in the region. Crypto.com […]

Parliament of West Africa Economic Block Cautions Against Use of Cryptocurrencies

The parliament of the Economic Community of West African States (ECOWAS) has joined the list of African organizations that have cautioned against the use of cryptocurrencies. In its warning to West Africa crypto users, the legislative body insists these digital assets are too volatile and as such “their use on the African continent is not […]

Get Paid for Excrement: This Eco-Friendly Toilet Pays You in Digital Currency

An eco-friendly toilet that pays people in digital currency for using it has been installed at a university in South Korea. The toilet is connected to a laboratory that uses excrement to produce biogas, which is used as a source of energy at the university. Get Paid in Digital Currency to Use a Toilet There […] 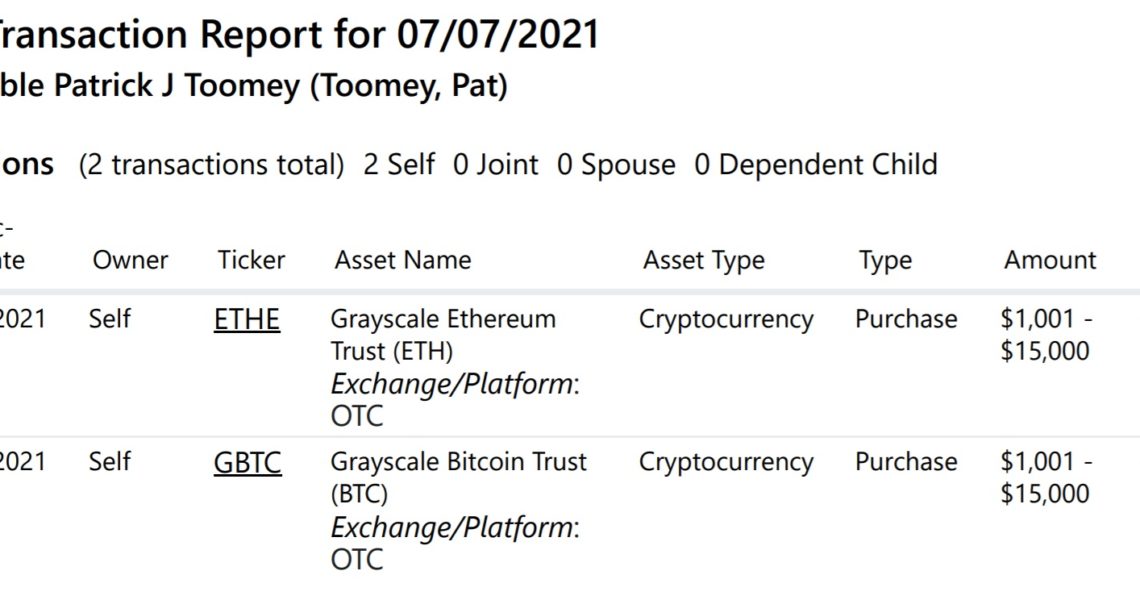 US Senator Invests in Bitcoin and Ethereum via Grayscale

U.S. Senator Patrick Toomey has declared investments in Grayscale’s bitcoin and ethereum trusts. His declaration shortly followed one by fellow congressman, U.S. Representative Barry Moore, who declared that he had invested in dogecoin, ether, and cardano. Senator Pat Toomey’s Cryptocurrency Investments A growing number of U.S. lawmakers are investing in cryptocurrencies or crypto-related investments. According […]

Bank of Thailand says a growing number of companies are asking for payments in cryptocurrencies, such as bitcoin and ether. The central bank reiterates its stance on crypto and warns of the risks of using them as a means of payment. The Bank of Thailand (BOT), the country’s central bank, issued a warning notice titled […]