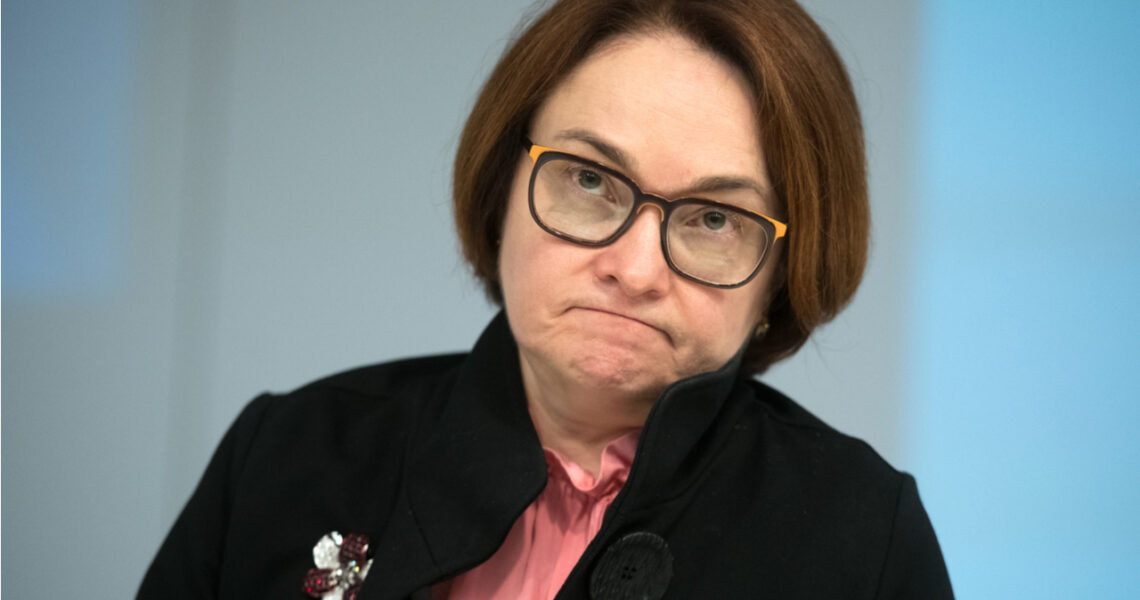 Central Bank of Russia isn’t prepared to admit a bitcoin exchange-traded fund (ETF) to the market, the head of the regulator, Elvira Nabiullina, told Russian media. Her statement, reaffirming the bank’s hardline stance on cryptocurrencies that has been recently criticized again, came after the debut of bitcoin ETFs in the U.S.

Central Bank of Russia Not Open to Bitcoin ETFs Yet

The Central Bank of Russia (CBR) is not ready to permit the trading of ETFs based on bitcoin futures, its chair Elvira Nabiullina said at a press conference this week, quoted by the business news portal RBC. Nabiullina made the comment in response to a question whether the Russian monetary policy regulator is going to follow the example set by the U.S. Securities and Exchange Commission (SEC) and authorize the listing of bitcoin ETFs in the country.

The first such investment fund, the Proshares Bitcoin Strategy ETF, launched on the New York Stock Exchange (NYSE) on Tuesday, Oct. 19, reaching almost $1 billion in total volume before trading closed. Soon after, wealth manager Vaneck got a green light from the SEC to offer its own bitcoin futures ETF, and on Friday, Valkyrie’s Bitcoin Strategy exchange-traded fund was listed on Nasdaq.

Nabiullina’s statement is in line with CBR’s long-standing conservative position on decentralized digital currencies and crypto-based investment products. In July, the bank advised Russian stock exchanges to avoid the trading of financial instruments tied to crypto assets and their prices. Their listing “entails increased risks of losses for people who do not have sufficient experience and knowledge,” the authority warned.

The recommendation issued by the regulator also insisted that asset managers should not include cryptocurrency assets in mutual funds. The CBR further called on brokers and trustees to refrain from offering “pseudo-derivatives with such underlying assets to unqualified investors.” Later reports revealed that Russian lawmakers are considering imposing legal restrictions on the funds private investors may put into crypto.

The law on “Digital Financial Assets,” which went into force at the beginning of this year, partially regulates cryptocurrencies, but officials have indicated that additional legislation is needed to ensure comprehensive regulation of the Russian crypto space. The CBR has been opposed to legalizing the circulation of bitcoin and the like, and views cryptos as prohibited money surrogates.

The bank’s attitude has recently been criticized by Russian billionaire Oleg Deripaska who accused the CBR of turning a blind eye to the growing cryptocurrency market, calling its behavior “infantile” in a Telegram post. In July, he remarked that even El Salvador realizes the need to legalize bitcoin. Deripaska also insisted that the Bank of Russia should have launched the digital ruble two years ago, describing the task as more important than Gagarin’s space flight in 1961.

Do you think Bank of Russia will change its position on cryptocurrencies and bitcoin ETFs in the future? Tell us in the comments section below.