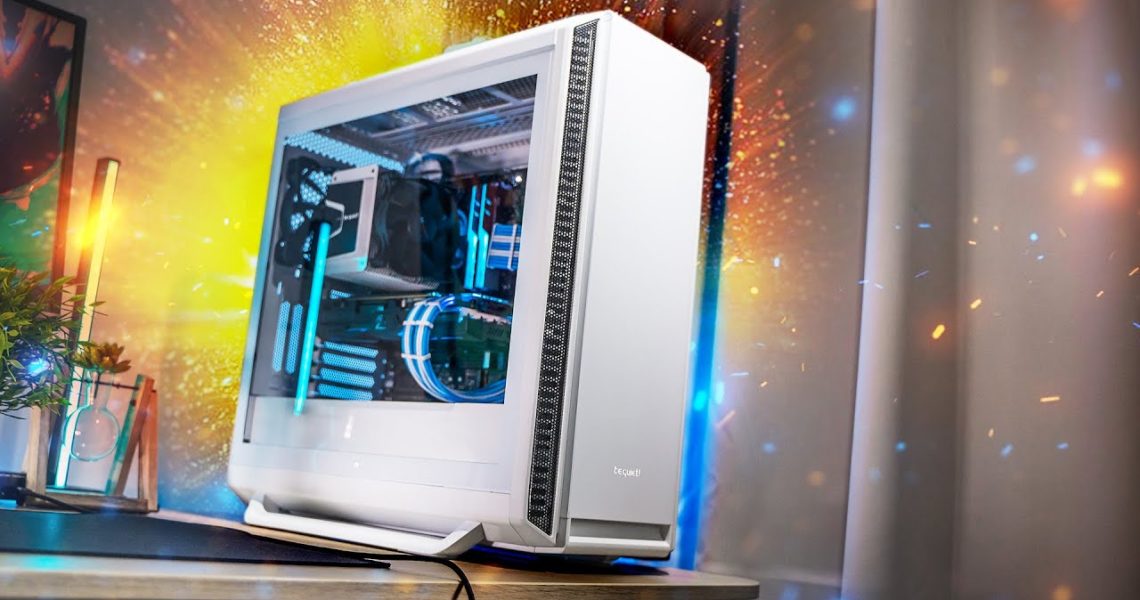 I Ditched Water Cooling for THIS!

I knew there would be risks involved when working with a water-cooled machine for my main production station, especially because whenever you have to swap something out it’s not a simple procedure. However, don’t get me wrong it was a fantastic learning experience. It was super fun working with Hans-Peter and Corsair on my HydroX system, but whenever I experienced any hardware issues it wasn’t a simple fix.

The clogging of the blocks was an issue because they are transparent all that inside gunk stuff is visible. Really the main challenge here with hardline tubing was the fact that I was receiving so many Blue Screens of Death (BSODs) every single day while editing and while working that I couldn’t just swap out the GPU, I couldn’t just tinker with the hardware to figure out what was the problem because that would require so much extra downtime.

I want to go back to the basics, simple air cooling, no riser cables, just a GPU on the motherboard, a CPU tower heatsink, and we are good to go. I’m still sticking with AMD, really proud of that for my production stuff, but now with the new X570 platform and a Ryzen 5800X. By the way, the 5800X is regularly restocked and is available to purchase right now. So come along this journey with me, let’s rebuild my editing machine, reuse some components because everything is kind of crazy right now in terms of component availability and keep it simple.

Now you just saw how many steps it took to swap out the graphics card from the water-cooled machine. That amount of steps and time was equal to actually build this whole new machine, so imagine needing to swap out the CPU cooler, swap out storage, or just access the GPU for some reason, or do more cable management. That is the reason why I’m leaving water cooling and going back with air for simplicity sake. Also big thanks to all the partners and be quiet! for supporting us on this project, I am very happy with the system upgrade.

Let me tell you a little about the finished machine, I wanted it to follow a clean white and black colour scheme with a little touch of colour via those custom cables from CableMod. You know if you can’t buy a GPU might as well buy pretty cables for one, right? They also have built-in cable combs, which is excellent. I set the illumination of all my hardware to light blue, which looks fantastic. Now we all know that the 5800X is one hot Ryzen because of its core layout and the amount of voltage AMD’s feeding into it, so that brings me to the Shadow Rock 3, but in white. It’s well-priced, fits the theme perfectly, requires none of the maintenance that I was experiencing with my water cooling machine, and most importantly it cools the CPU super well at a lot lower noise levels than most all-in-one coolers, at least in my own workflow.

Having said that, I don’t push the hardware for the editing machine to its max because doesn’t need to be. DaVinci Resolve uses the GPU just fine, which is why the RTX 2080 Ti is so important this build. I wanted to reuse it because it’s a fantastic GPU, even though it’s multiple years old now. While on water I was hitting frequencies of 2GHz no problem on the RTX 2080 Ti, but I don’t need it for Resolve. I just want it to be stable without any crashes whatsoever because the downtime on the ThreadRipper machine that I was experiencing was just unpleasant, and not something that I am tolerate long-term. Hopefully it’s the exact opposite with this new be quiet! machine. The case here is the Silent Base 802, which is large, roomy, and super quiet out of the box. I even wanted to install these white Shadow Wings fans to match the colour theme, both with the CPU heatsink and replace the 140mm fans on the case, but they all have slightly lower RPM and I wanted to leave a little bit of headroom for maximum airflow if needed, especially since I’m running the solid front panel instead of the included mesh to eliminate any noise.

I also appreciate the physical fan control on the case, this is something that I normally have to do in the software, to make sure my curve is adjusted based on CPU temperature, but here it’s kind of cool to have the little adjustments. I can go low, medium, high, depending on what I’m doing, and also obviously Auto if you have this connected to a PWM controller. The power supply is probably the most overkill thing in the system, are they even legal at 1500W? But jokes aside I had this available from doing ad spots and decided to use it here.

Now the irony behind this machine was to build it so I avoid headaches in the future of downtime, but the motherboard, the ASUS X570 arrived wit a BIOS that didn’t support Ryzen 5000 series CPUs. Luckily I had a Ryzen 3000 series Ryzen CPU in a separate machine that I swapped out, inserted it into the X570 motherboard, updated the BIOS, and only then was I able to put back the 5800X and boot up this machine. One of the reasons why I have wanted this X570 platform is because of the PCIe Gen4 storage, which I want for all my production stuff because the speeds are absolutely insane. However, another disappointment with this X570 motherboard is that it does not have an internal USB-C front panel connector, so that is kind of wasted on the enclosure.

Now just to tease us – I wasn’t even going to bring this up – ASUS sent me an RTX 3080 in white, which would have been a perfect upgrade for this build, but it’s not something I get to keep because the GPUs have so low little availability worldwide. Nevertheless I don’t really need the RTX 3080 for video production, I’m perfectly fine with sticking to the RTX 2080 Ti, it’s been super stable, especially with those Studio drivers. Now even though I have a dedicated machine for gaming, it’s kind of nice to have this hybrid machine with a 5800X, which is perfectly fine for any games that I throw out at it, especially with RTX 2080 Ti. With the previous ThreadRipper build my temperatures were absolutely under control thanks to the water cooling, but the CPU just wasn’t as fast as I wanted it to be for certain games that I do have installed on my main machine, so it’s time to move on to something slightly faster and that can serve a dual purpose.