Microsoft Office is probably one of the most pirated software, besides Windows, of course. If you have a pirated version of Office, but want to buy a legit license, you maybe interested in this. 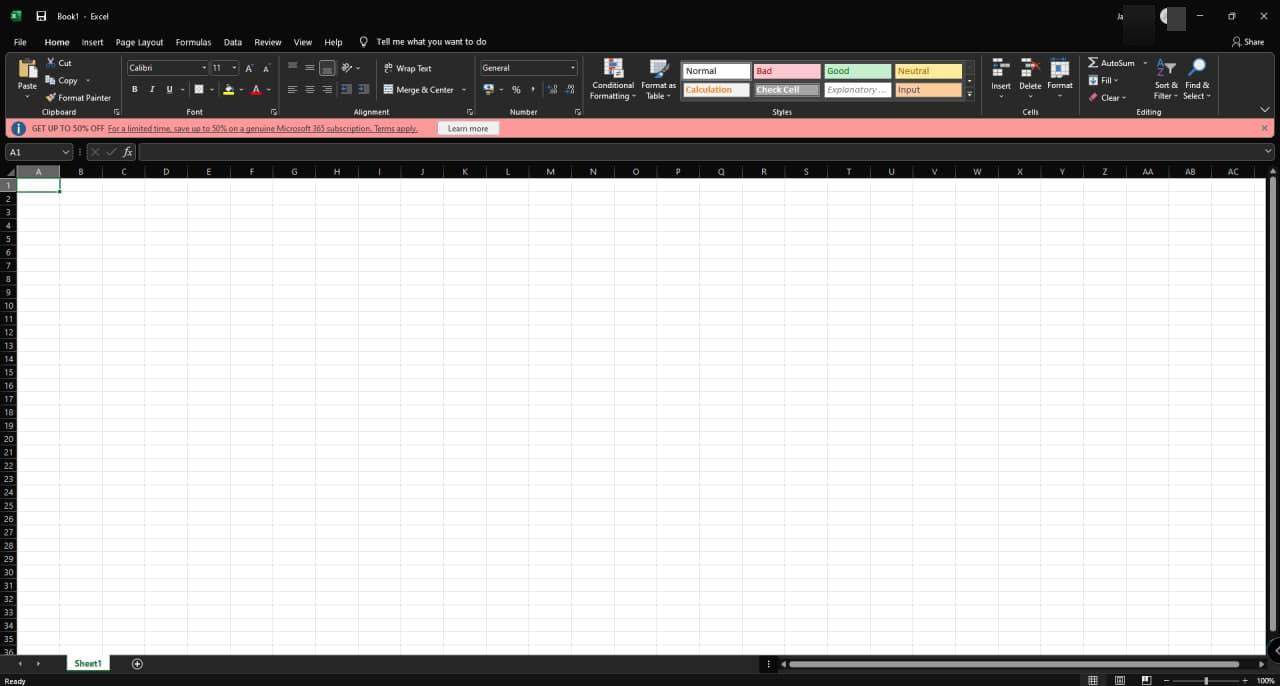 Clicking the message opens this page in the default browser. The landing page educates the user about the risks involved in using pirated software, such as security threats, loss of data, the lack of support for updates, etc. 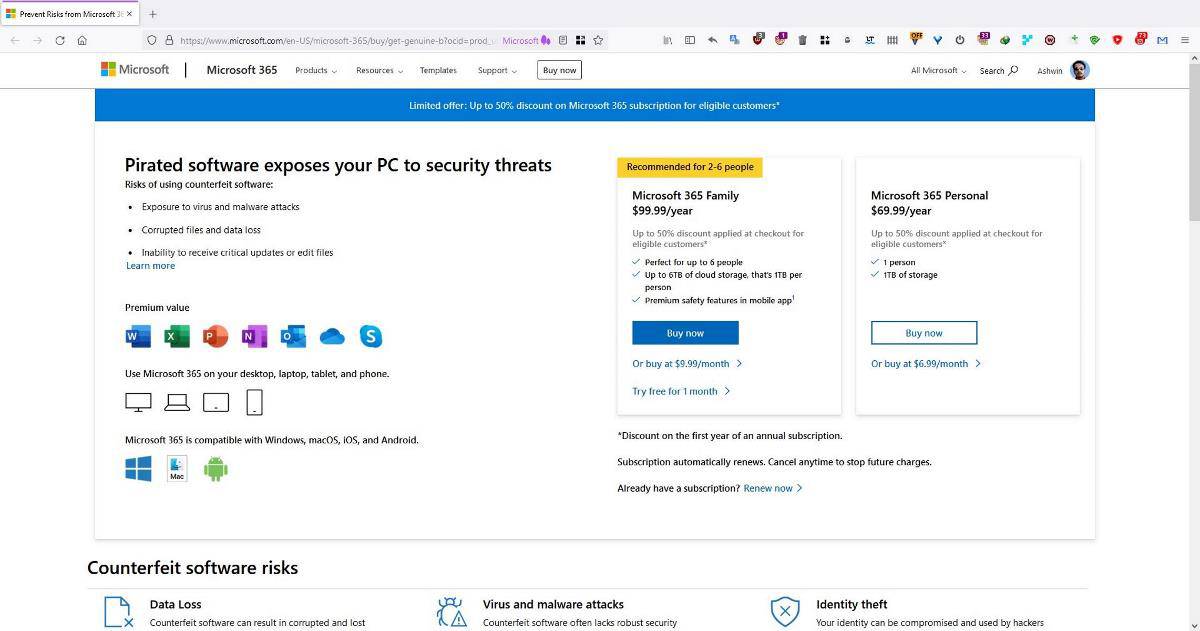 Note: You may have to change the URL to your Country’s locale, to avail the prices in your currency.

More importantly, the page also has a Microsoft Office 365 discount offer. You will need to sign in to your Microsoft account to see if you are eligible for the discount. It didn’t work for me when I tried it, I’m not sure if it is because I’ve a genuine license tied to my account. I think it checks whether you clicked the link from the pirated copy of Office, but I can’t say for certain. It worked for my friend, check the screenshot for reference. 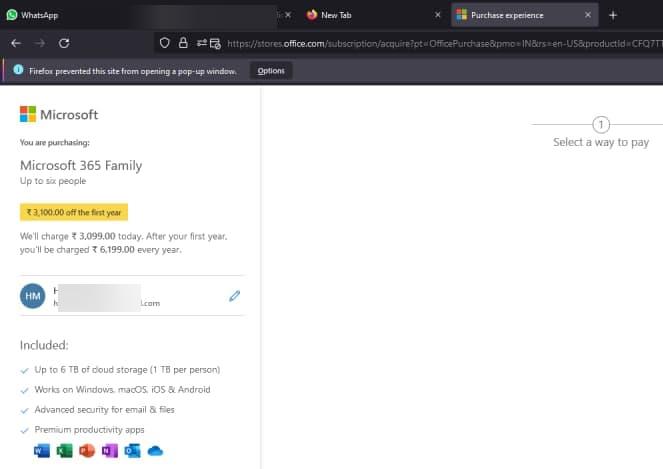 Once you verify the difference in the price, you may proceed to checkout to complete your purchase. Initially, I thought it might be a Black Friday discount offer, but it does not seem to be the case, as it is still working at the time of writing this article.

It is a bit surprising that the discount is for the cloud based service, and not the offline desktop suite which the user had pirated. Personally, I believe the latter is a better choice, as it you can use it for years, for a one-time fee. Not to mention, the advantage of being able to use the programs offline is a huge bonus.

Still, it’s nice of Microsoft to try and turn pirates into legitimate customers. That said, I’m not sure if this offer is going to cause a change of heart among the sailors of the high seas. Depending on your spending power, a year’s worth of Office 365, even at a 50% discount could be an unaffordable luxury.  People usually pirate stuff not because they don’t want to pay for it, but mostly because they can’t afford the asking price. I’m not judging mind you, having been in the same boat before I got a job, I can understand the choice, even though I don’t support piracy. If you can afford it, buy it and support the developers. That’s my motto, especially when it comes to video games.

That said, if you can’t pay for Microsoft Office, you don’t have to pirate it. You can still get nearly the same features for free, via Office Online, right from your web browser. I used the service for a few years, until I bought a cheap license for Office 2013 via a reseller. Or, you could just use a free and open source alternative like LibreOffice.

Do you prefer Microsoft 365 or the standalone Office suite?

Microsoft wants to turn pirates into legitimate customers, offers a discount for Microsoft 365

Microsoft is offering a 50% discount for Microsoft 365 subscription, to try and turn pirates to paying users.