The latest version of the open source encryption software VeraCrypt brings back support for the operating systems Windows Vista, Windows 7 and Windows 8.

The developers of VeraCrypt released VeraCrypt 1.25.4 in December 2021. One of the changes of the release was the removal of support for Windows Vista, Windows 7 and Windows 8 / 8.1. The reason for the removal was that new requirements for driver code signing forced the development team to drop support for these versions of Windows.

Tip: here is how you fix the automatic repair issue of VeraCrypt on Windows.

Windows Vista is no longer supported by Microsoft. Windows 7 is in its third year of extended security releases, and Windows 8.1 is still in extended support. The official end of support date for Windows 8.1 is January 10, 2023. Both Windows 7 and 8.1 will run out of support at around the same time.

With these patches installed, VeraCrypt 1.25.7 installs fine on the three operating system versions.

The new version introduces another useful option that is specific to Windows machines. Three Registry options have been added that may be used to tune the performance “for SSD disks and having better stability under heavy load”. 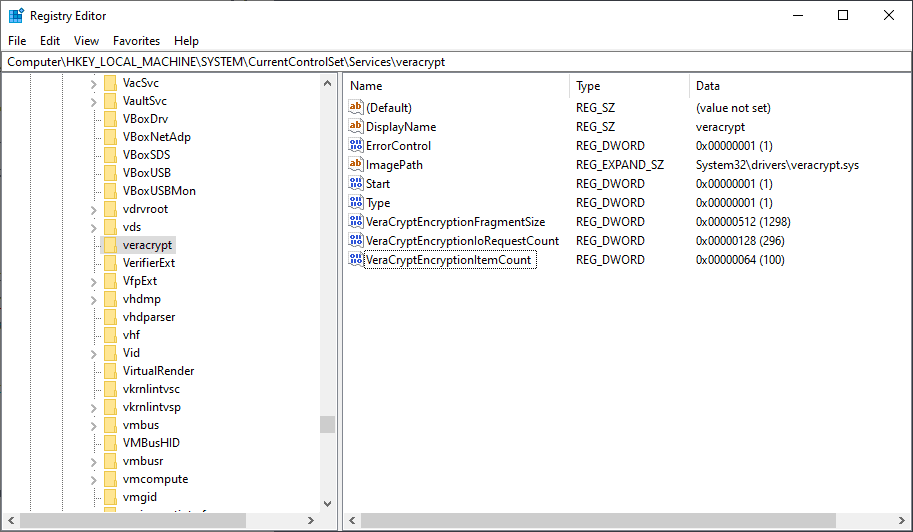 Here is what the three Registry values do and how you set them:

The DWORD VeraCryptEncryptionFragmentSize defines the size of encryption date fragment in KiB. The default value is 256, it can be increased up to a value of 2048.

The DWORD VeraCryptEncryptionIoRequestCount defines the maximum number of parallel I/O requests. The default is 16, it can be increased up to a value of 8192.

VeraCrypt users who run Solid State Drives, especially NVMe drives, may need to experiment with the options to find the best values for their systems and use cases.

Now You: do you encrypt your systems? (via Deskmodder)

The latest version of the open source encryption software VeraCrypt brings back support for the operating systems Windows Vista, Windows 7 and Windows 8.