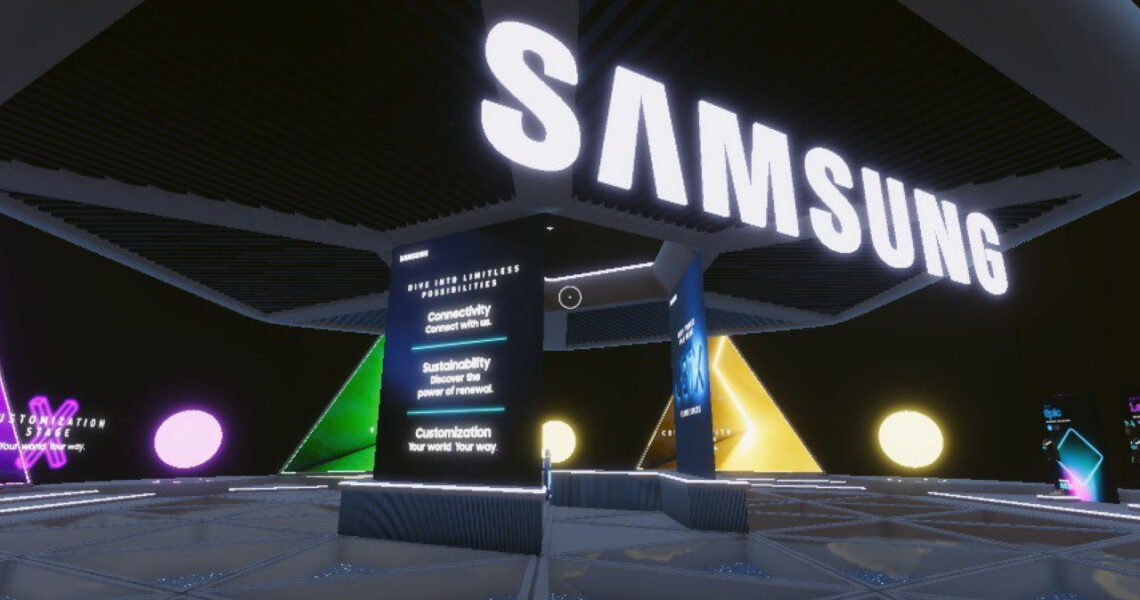 At the very beginning of 2022, South Korean tech giant Samsung announced its foray into the metaverse and a new “NFT Aggregation Platform” designed for its smart TVs. In addition to the NFT TVs, Samsung also launched a virtual experience inside of Decentraland, one of the most popular metaverse gaming platforms. It’s high time we had a peek at the South Korean NFT world to see the latest developments.

The idea of the metaverse is no longer the distant, dreamy vision shared only among a limited number of crypto veterans it once was. From the moment Facebook re-invented itself as “Meta,” a few more tech giants around the world followed in the company’s footsteps and made some bold movements to venture into the metaverse space.

On January 18, 2022, Microsoft announced the acquisition of Activision Blizzard for a valuation of $68.7 billion USD in an all-cash transaction. Half a month before that, the South Korean tech giant and conglomerate group Samsung Electronics announced three brand new TV models for 2022 that host an “intuitive, integrated platform for discovering, purchasing and trading digital artwork”.

On January 6, 2022, Samsung’s official launch in the metaverse, the Samsung 837X Opening Event opened its doors for Decentraland residents as part of the CES 2022 interactive event. During the three days of the launch event, Decentraland residents who visited and participated in the quests were able to collect four NFT badges inside the experience. They visited various landscapes, watched Samsung promotional videos, enjoyed the DJ concerts, and at the end of the process participated in a competition to win three different levels of exclusive Samsung wearable NFTs.

Though the special launch event is over, the Samsung 837X virtual experience in Decentraland still remains open to everybody as a nice promotion and a reminder of future events. Inside the Samsung 837X building, the three individual experiences — Connectivity Theater, Customization Stage, and Sustainability Forest — showcased how a commercial brand could utilize the Web 3.0 metaverse space to create an interactive and fun experience for engaging with audiences and consumers, as opposed to the old-fashioned outdoor billboards or online advertising which Web 2.0 users got so tired of.

From time to time, I read many concerns of people who are enthusiastic about the metaverse. Some of them fear that the future of major metaverse gaming experiences might be full of giant corporations from our reality which have purchased a massive amount of land and stuffed it all with tasteless and ugly advertisements. Samsung, among a few other global brands who became the first to dive in, at least seems to be trying to set a good example and standard for how their metaverse experience should be engaging and sincere toward the metaverse generation.

On January 13, the CEO of South Korean crypto exchange Bithumb, Heo Baek-young, said in an interview that the exchange was in process of developing an NFT exchange that would help the company “stay competitive” with other domestic Korean exchanges. Korean media also reported that the NFT exchange developed by Bithumb is likely to be backed by LG, the local and global competitor of Samsung in electronic devices and smart device manufacturing. Will the future Bithumb NFT exchange become a convenient and major NFT exchange for South Korean NFT artists? Likely.

Coming before this launch of an NFT exchange developed by an influential crypto exchange, there are already some independent South Korean NFT websites trying to promote a number of Korean NFT artists and their artworks.

Graduating UCLA with a major in art history, Donglee is a visual artist living in LA, and her NFT works can be found in SPACE776, an art gallery which has locations in both New York and Seoul that exhibits early-to-mid-career artists who work in a variety of mediums. These range from traditional oil painting to live multimedia art and NFT art. On this website, there is an Opensea link on each artist’s individual page.

A cool project that I found is called DRUGer, created by the artist that goes by the name DRUGer (드러거). In his DRUGer collection so far, there are 20 items. Each artwork contains an animal with flashing visual effects (epilepsy warning) that simulate an “eye drug”.

If you think that the burgeoning and bustling NFT scene in South Korea is all about tech companies, NFT artists and their artworks, you’re missing a lot more that is going on in the country.

In November 2021, the super famous South Korean music agency HYBE, which manages world-famous Korean pop band BTS (Dynamite, Butter, Permission to Dance, I’m sure you’ve heard some of their hit songs), signed a joint venture with South Korean fintech company Dunamu to launch non-fungible tokens (NFTs) featuring the popular band, as well as other artists. In the unexpected area of politics, South Korean lawmaker Lee Kwang-jae announced in December 2021 that he was going to start accepting crypto donations and issuing NFT receipts with his image and election promises to his supporters.

Korean retail is also in on the national race to embrace blockchain-based NFT technology and applications. According to the Korea Herald, online retail company CJ Olive Networks recently announced a partnership with local blockchain company Galaxia Metaverse to sell NFT artwork and fashion items. Lotte Home Shopping, another retail leader in South Korea, announced the launch of an NFT marketplace in April this year, and is planning to sell NFTs created using its own virtual models and virtual fashion items. The list goes on and on.

Why is this happening? Park Sung-joon, head of the Blockchain Research Center at Dongguk University, said the coronavirus pandemic has accelerated online shopping and is pushing retail giants to try to gain the upper hand in new areas like NFTs by using their retail channels.

The South Korean Ministry of Science even announced a five-year plan designed to put the nation at the forefront of the global metaverse race. As reported by the Korea Herald, the country is aiming to become the 5th-largest metaverse market by 2026. In order to achieve that, the government is planning to aid at least 40,000 professionals and 220 firms specializing in the metaverse.

What motivated the South Korean government to make such a serious commitment to win the metaverse race? When the Fourth Industrial Revolution of advanced manufacturing and Industry 4.0 has already become the present, getting an upper hand in the next round of the revolution, be it the Fifth Industrial Revolution of human-machine collaboration or humans migrating into the metaverse, could give the country a huge advantage in technological innovation and economics.

In the everlasting shadows of complex geopolitics and uncertainty, limited by natural resources and regional power plays, South Korea has been focusing on the path of developing technology and top brands with global recognition for the past forty years. If we believe that the metaverse is going to be the next global chapter for most of the developed world, then there is no reason not to aim for success and dominance. How Is the NFT Market Regulated in South Korea?

Last but not least, the regulations. Artworks and art dealing, like any other business, are regulated by the government and regulators. The local regulations on avant-garde artworks such as non-fungible tokens undoubtedly impacts the development of the local market.

South Korean media reported in November last year that the country’s financial regulator, the Financial Services Commission (FSC), confirmed that NFTs do not fall under the definition of “virtual asset” and thus will not be regulated by FSC. However, this doesn’t mean that the local NFT art trading market will not be regulated at all. There is an option for NFTs to be regulated as securities, and by the Financial Supervisory Service, a different regulator. NFTs that function as “security tokens,” providing the holder with royalties, would be considered a regulated entity.

In an age where tech giants, the retail industry, and even the entertainment industry in South Korea are all testing the NFT-investment water, the local regulators indeed need to weigh the options and find the best approach.

Have you found any Korean NFT artworks that particularly appeal to you?